An outspoken champion of Black women and girls, Jamilah is a fierce advocate for racial equality, social justice and LGBT rights/acceptance. Race, gender and sexuality are her passion. Read More >

In August of 2016, Jamilah was named the VP of News and Men's Programming for Interactive One, the definitive digital destination for millennial and African-American Audiences. Prior to her current position, she served as the Senior Editor at EBONY, the magazine of record for African-Americans since 1945. Jamilah was one of the small-but-mighty team that led the reimagining of the magazine's website in 2012 and was later promoted to Senior Digital Editor before taking on her role with the print publication. Her work has appeared via a host of print and digital properties, including Mic, Essence, The Nation, the Washington Post, The New York Times, The Guardian, Gawker, and her now-defunct, award-winning blog, The Beautiful Struggler.

As a talking head (or ‘public intellectual,’ if you will), she has been interviewed many times on MSNBC, Huffington Post Live and Al Jazeera America, and has also done more radio interviews than she can keep up with, including ones with NPR, the BBC and the CBC. In 2014, she was named to The Root100 list of the nation's most influential African Americans, as well as Fortune's list of the most influential women on Twitter.

Jamilah has made numerous appearances on Comedy Central's The Nightly Show with Larry Wilmore, including a spirited conversation about Bill Cosby that got her gifted on Tumblr (a sign of millennial achievement!) and also appeared on MTV2's Uncommon Sense.

In 2015, she penned the forward for the Verso re-release of Michele Wallace's groundbreaking Black Macho and the Myth of the Superwoman and also received the Maggie Award for Excellence in Commentary from Planned Parenthood and the Ivy Award for Social Engagement from the Delta Rho Omega Chapter of Alpha Kappa Alpha Sorority, Inc. Read Less ^

Being Black In America

Will Black People Ever Feel Safe Around Police?

The State of Feminism 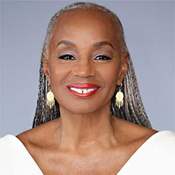 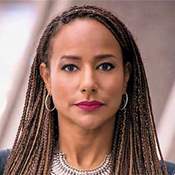