Emmy Award-winning host Jeff Probst has been an instrumental part of the phenomenally successful reality television show, Survivor.  The show has given him the opportunity to travel the world and experience the different lifestyles of numerous cultures.   Read More >

On Survivor, people are forced to make decisions and ethical standards are often compromised.  Having been with Survivor since its inception, Probst has had a first-hand look at participants' personal codes, choices, values, and behaviors.  Addressing the elements that challenge morals, Probst directly relates his keynote to the corporate arena and explores topics such as working professional relationships and surviving the daily ethical challenges in business.

Prior to Survivor, Probst hosted VH1’s Rock and Roll Jeopardy for four seasons.  He has also distinguished himself as the voice of “Raycliff” on the cartoon Filmore, and traveled over 300,000 miles as a correspondent for the syndicated entertainment news show, Access Hollywood.

Looking to diversify his career into film, Probst wrote and directed his first feature film in 2001.  The film, titled Finder’s Fee, premiered at the Seattle International Film Festival where it won the award for Best Picture.  In addition to the Best Picture award, Probst received an award for his work as director.  The film garnered further recognition when it received the Best Screenplay award at the Method Fest in Los Angeles, The Breakout Director award at the Sonoma Film Festival, and was honored as the closing night film at the Sarasota Film Festival.  Lion’s Gate purchased the domestic rights to Finder’s Fee, which made its US premiere in 2003.

Probst believes that it is necessary for successful people to give back to the community, and he demonstrates this in his volunteer work.  Probst is the Collegiate Spokesperson for the Elizabeth Glaser Pediatric Aids Foundation, and has helped establish a successful relationship between the Survivor series and the Wamba Hospital in Kenya, Africa.  As a result, Wamba Hospital is now an official Call To Action Site, and will receive ongoing support by EGPAF including HIV Test kits, HIV Transmission drugs, Hospital Supplies, counseling and education.

Throughout his career Probst has been blessed with opportunities to travel and see the world through the eyes of others.  A cultured man, with strong messages of leadership, dedication and activism, Probst will enthrall and engage any crowd.

An Evening with Jeff Probst 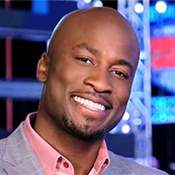