Remember when Elvis asked Nixon if he could be in the DEA? A rock musician with high-level security clearance – ridiculous. Unless, of course, you are able to outthink our nation’s enemies with “steely” resolve, experience and strategies. Only one such musician/national security consultant has the confidence and talent to step onto this world stage: Steely Dan co-founder, Jeffrey Baxter. Read More >

You may be asking, how in the world does a rock musician wind up as a national security expert? As it happened, it only took a few issues of Aviation Week magazine to peek Jeffrey’s interest in military technology and missile defense systems in particular. He became self-taught in this area, as many geniuses do, and then wrote a paper that proposed converting a ship-based anti-aircraft missile system into a rudimentary missile defense system. He passed on this paper to a local congressman, and his career as a defense consultant began. A consultant to the Department of Defense with a high-level security clearances in the Pentagon, he now advises top military and civilian groups on asymmetrical warfare, next-generation technologies and unconventional strategies.

Baxter believes that it was an unconventional approach to thinking about terrorism, coupled with a keen interest in technology that led to his recruitment by the government. "Conventional thought assumed that record turntables were for playing records until rappers began to use them as actual musical instruments, and we thought civilian airplanes were for carrying passengers and cargo until terrorists realized, by substituting a complicated and expensive inertial guidance system with a human zealot, they could be re-configured into a very effective cruise missile," Baxter has said. "My approach has been to look at existing technologies and try to envision other ways they can be applied, which happens in music all the time and happens to be what terrorists are incredibly good at, as well." Having the ability to leverage the ability to improvise in your thinking is essential to finding answers to the unconventional crises of today. In this way, his thought process is akin to jazz, where one must think on their feet and and operate in a non-linear, real-time environment consisting of rhythms, lyrics, chords, melodies and human interaction. At one time, with his rock n’ roll hairstyle and horseshoe moustache, Baxter certainly caused a few double-takes in the corridors of the Pentagon. However, as Baxter will tell you, “Eventually you have to walk the walk and be relevant to stay in the game.”

In addition to being a consultant with dynamic ideas, Baxter was the Grammy Award-winning guitarist for The Doobie Brothers and one of the founding members Steely Dan. He successfully brings his creativity and passion for music to his work today, generating and crafting a unconventional set of ideas, concepts and methodologies that have been recognized as highly effective game-changers for the business and student groups he advises. Baxter highlights creative, unconventional problem-solving and planning techniques by showing audiences how to apply knowledge gained in one area to advance goals in completely different fields. He explains how to approach issues with new "logic templates" and how to leave preconceptions behind. Through humor and lateral thinking, Baxter helps corporations and colleges map effective strategies, rediscover the drive to innovate and ignite passion in careers – both collegiate and corporate. Read Less ^

Breaking the Barriers on Science and Innovation

A Hippie Guitarist With a Top Secret Clearance

On Improvising and Innovating

Tipping the Scales: Using Asymmetrical Thinking to Change the Rules in Your Favor

Is it possible to acquire the ability to mastermind the kind of agile business practices and innovative thinking that separates the great companies from the good? Is it possible to devise new ways to out-think your competition? Jeffrey Baxter thinks so. There are plenty of self-proclaimed “out-of-the-box” thinkers in the world, Baxter has a proven track record that spans the gamut from the music and media world to US Government agencies. What is the difference, you ask? The difference is, Baxter doesn’t just avoid the box – he transcends it. Read More >

Jeff Baxter not only strips down the 19th-century business model to show the outdated flaws such as the rigid, hierarchal and policy-driven roles for workers and management, he also shows how new technologies, practices and new ways of thinking are reaping huge benefits for organizations and individuals. These new models foster and stimulate a more agile and creative action/reaction to today’s modern, rapidly changing, and competitive environment that the corporate management, government entity or student body of the past would have difficulty understanding and recognizing, much less anticipating. The university experience has changed dramatically, as well, and it is an imperative for today’s college student to realize and cognize how to take advantage of that experience as well as how to best leverage it for future success. Read Less ^

Problem Solving in the 21st Century

Many of the problem-solving models we are familiar with are based on or 19th or 20th-century problematics that either don't exist now, or have morphed into something very different. Baxter knows that providing great decision makers with the best skills, tools and capabilities greatly increases the probability for positive outcomes. A world that is real-time connected is truly global in nature and affected by threats, struggles or competitions that flash up from unexpected sources, requiring, indeed demanding new approaches to problem solving. Yet, until people and organizations are willing to reevaluate the way they solve problems, approach challenges and exploit the types of tools, concepts and practices that Baxter describes, they will find themselves falling behind in a world where learning and experience progress at an exponential rate. He uses examples that range from personal experience, history and even music, to illustrate his viewpoints in a way that avoids complicated and obtuse explanations and gets to the heart of the subject in a cogent, lucid and sometimes entertaining manner.

"Mr. Baxter was TERRIFIC! Extremely generous with his time. Some are saying he is the best speaker we have had on this campus!!! Please extend our gratitude to him, and as always, good to work with you again!"

"I wanted to personally thank you for your participation at the Day of Innovation conference. The content delivered to the audience was very strong, with many takeaways for each organization in attendance to apply to their business. The feedback received from the attendees was extremely positive. I wish you the best and hope that our paths will cross again."

"Our event was amazing and so successful! It was a pleasure to meet Jeff. He is a great guy and so interesting. He was a huge hit and we’ve heard rave reviews from everyone in attendance."

"The presentation was fantastic, very informative, and entertaining. All of the feedback we have received so far has been overwhelmingly positive. This was the best speaker I’ve seen for eWeek in a long time!" 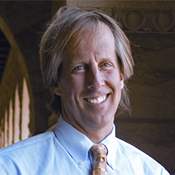