Jennifer Holliday was always meant to touch the world. From her early days as a girl singing solos with the choir at Pleasant Grove Baptist Church in Houston,TX to her years on the Broadway stage and beyond, her inimitable voice has riveted the hearts of audiences from around the world. A Broadway Legend in every sense of the term, her professional journey began one fateful Sunday in Houston while singing in her church choir when Ms. Holliday was discovered by dancer Jamie Patterson, who was touring in the national company of A Chorus Line. Wowed by her talent, Patterson bought the 17-year-old a plane ticket to New York City and arranged for her to have her first Broadway audition. During that audition, she sang her favorite gospel hymn, a song that would be a proven testimony over again for years to come: “God Will Take Care of You.” She was hired that day by the show’s creator and director, Vinette Carroll, and made her Broadway debut in 1980 at age 19 in the revival of Your Arms Are Too Short To Box With God. Read More >

Ms. Holliday’s vocal prowess came to the attention of many theater luminaries and critics, most notably the renowned Broadway director and choreographer Michael Bennett, the creator of A Chorus Line. Bennett invited her to participate in an untitled project that he was producing, a show was about a young, black girl group. The show would catapult Ms. Holliday from Broadway Baby to Household Name just a year later in the lead role as the iconic Effie “Melody” White in the 1981 smash hit Dreamgirls. Ms. Holliday immortalized Effie, forever creating a template for delivering gut-wrenching, timeless performances, evidenced in her garnering a Grammy® Award for the performance of the show-stopping torch ballad “And I am Telling You, I’m Not Going” and a coveted Tony Award for Best Actress in a Musical for her role as Effie.

Her second album, “Say You Love Me,” won her a second GRAMMY® for her rendition of Duke Ellington’s classic, “Come Sunday.” From 1985 to 1992, she had five Top 10 singles on the R&B and Dance Charts and her star continued to shine brightly with collaborations and appearances with other megastars: Barbra Streisand, Luther Vandross, David Foster, Paul Simon, Michael Jackson, Maurice White and Foreigner, with whom she performed on a special version of “I Want To Know What Love Is.” Moviegoers and music lovers can also hear Ms. Holliday’s voice on compilation albums for films such as In The Mood: The Sonny Wisecarver Story (1987), I’m Gonna Get You Sucka (1988), The Five Heartbeats (1991), Amazing Grace (2006) and Why Did I Get Married (2007). She also composed and sang the original songs for the soundtrack to The Rising Place (2001).

In 2014, Ms. Holliday released her first album in two decades. “This Song Is You” stirred long-time fans and garnered a new generation of enthusiastic listeners landing Ms. Holliday back in the Top 20 R&B charts with rave reviews.

Standout television appearances include David E. Kelley’s Ally McBeal, American Idol, and So You Think You Can Dance. In 2016, Ms. Holliday returned to the stage starring alongside Cynthia Erivo in the Broadway revival of The Color Purple as sultry singer Shug Avery. Her other recent theater credits include Sing Mahalia Sing: The Mahalia Jackson Story, Downhearted Blues: The Bessie Smith Story, Harlem Suite (as Aretha Franklin), Chicago (as “Mama Morton”), Grease (as “Teen Angel”) and Black Nativity (as the “Angel of God”).

She is a long-standing, dedicated supporter of the LGBTQ+ community and an advocate for mental health and suicide prevention. Read Less ^

Sharing My Song with the World

Singing from the Heart

"It was a success! The presentation was well received and the art event allowed medical professionals and students as well as patients more time to interact with Regina, which they really liked. Thank you again for all of your help."

"Jennifer Holliday was fabulous!  We had filled the room to capacity - over 300 people.  What an inspiring story she has!  We believe her speaking is as good as her performance.  She tells her story with passion which mesmerized the audience.  Jennifer is truly blessed with many talents."

"The gala was a tremendous success and our participants have let us know that seeing Ms. Holiday was an experience they will never forget. She was incredible, both in words and in song, and it was an absolute honor to work with her."

"Your performance at the Austin Omni at Southpark Hotel moved and inspired attendees, who were then delighted when you offered to sign autographs and take photos. The hotel lobby was buzzing with the excitement from fans. Nearly a half hour later, you graciously offered to sign autographs at 5:00 p.m. so that people could attend the workshops... Clearly, you showed a deep compassion for the conference cause, supporting its attendees, speakers and championing its mission." 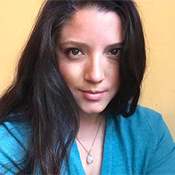