The Reverend Jesse Louis Jackson, Sr., Founder and President of the Rainbow PUSH Coalition, is one of the foremost civil rights, religious and political figures of our time. For nearly 50 years, he has played a pivotal role in virtually every movement for peace, civil rights, empowerment, gender equality, and economic and social justice the world over. A testament to the breadth and depth of his works can best be expressed by two of the greatest honors he has received. In 2000, President Bill Clinton awarded the nation’s highest civilian honor, the Presidential Medal of Freedom, to Reverend Jackson; and, in 2013, the South African government bestowed upon him their highest civilian honor, their National Order, the Companions of OR Tambo.    Read More >

Reverend Jackson has been called the "Conscience of the Nation" and "the Great Unifier," challenging America to be inclusive and to establish just and humane priorities for the benefit of all. He is known for bringing people together on common ground across lines of race, faith, gender, culture, and class.

Born on October 8, 1941 in Greenville, South Carolina, Reverend Jackson was a standout student-athlete who graduated from the public schools in Greenville, who, after turning down a contract to play baseball for the Chicago White Sox, enrolled in Big 10 football powerhouse, the University of Illinois, on a football scholarship. He later transferred to North Carolina A&T State University and graduated in 1964. He then accepted the Rockefeller Foundation scholarship to pursue his theological studies at the University of Chicago’s Chicago Theological Seminary, deferring the completion of his Master’s Degree one semester shy of his graduation to begin working full-time for Rev. Dr. Martin Luther King. Ordained to the Ministry on June 30, 1968 by Rev. Clay Evans, he eventually earned his Master’s of Divinity degree from Chicago Theological Seminary in 2000.

For his work in human and civil rights and nonviolent social change, Reverend Jackson has received more than 40 honorary doctorate degrees and frequently lectures at major colleges and universities including Howard, Yale, Princeton, Morehouse, Harvard, the University of KwaZulu-Natal in South Africa, Columbia, Stanford and Hampton. He was made an Honorary Fellow of Regents Park College at Oxford University and received an Honorary Fellowship from Edge Hill University in Liverpool, England. In March 2010, Reverend Jackson was inducted into England’s prestigious Cambridge Union Society. Reverend Jackson began his activism as a student in the summer of 1960 seeking to desegregate the local public library in Greenville and then as a leader in the college sit-in movement while a student at North Carolina A&T State University. In 1965, he became a full-time organizer for the Southern Christian Leadership Conference (SCLC), and was soon, thereafter, appointed by Rev. Dr. Martin Luther King Jr. to direct the Operation Breadbasket program. In December of 1971, Reverend Jackson founded Operation PUSH (People United to Serve Humanity) in Chicago, IL. The goals of Operation PUSH were economic empowerment and expanding educational, business and employment  opportunities for the disadvantaged and people of color.

Long before national health care, a war on drugs, direct peace negotiations between Palestinians and Israelis, ending apartheid in South Africa and advancing democracy in  Haiti became accepted public policy positions, Reverend Jesse Jackson advocated them.  Reverend Jackson’s advocacy on these and other issues helped bring the American public to a new level of consciousness.

Reverend Jackson’s two presidential campaigns broke new ground in U.S. politics. His 1984 campaign registered over one million new voters, won 3.5 million votes, and helped the Democratic Party regain control of the Senate in 1986. His 1988 campaign registered over two million new voters, won seven million votes, and helped boost hundreds of state and local elected officials into office. Additionally, he won historic victories, coming in first or second in 46 out of 54 primary contests. His clear progressive agenda and his ability to build an unprecedented coalition inspired millions to join the political process.

In 1991, Reverend Jesse Jackson was elected Senator of Washington, D.C., advocating for statehood for the nation’s capital and advancing the “rainbow” agenda at the national and international levels. Since then, he has continued to promote voter registration and lead get-out-the-vote campaigns, believing that everyone should be encouraged to be a responsible, informed and active voter. He has spearheaded major organizing tours through Appalachia, Mississippi, California and Georgia.

He has continued to be a leading advocate for a variety of public policy issues, including universal health care, equal administration of justice in all communities, sufficient funding for enforcement of civil rights laws, and for increased attention to business investment in under-served domestic communities (a theme that the Clinton administration picked up as the "New Markets Initiative").

Reverend Jackson also supports a broad range of policies to improve education, eliminate poverty, and remind everyone that we are a "One-Big-Tent-America," with room for all, and none left in the margins. A current campaign is “Restructure Loans, Don’t Foreclose on Homes,” tackling today’s housing crisis and the economic crisis gripping the world. As a highly respected and trusted world leader, Reverend Jackson has acted many times as an international diplomat in sensitive situations. For example, in 1984 Reverend Jackson secured the release of captured Navy Lieutenant Robert Goodman from Syria, and the release of 48 Cuban and Cuban-American prisoners in Cuba. He was the first American to bring home citizens from the UK, France and other countries held as “human shields” by Saddam Hussein in Kuwait and Iraq in 1990. In 1999, Reverend Jackson negotiated the release of U.S. soldiers held hostage in Kosovo. In August 2000, Rev. Jackson helped negotiate the release of four journalists working on a documentary for Britain’s Channel 4 network held in Liberia. He has traveled extensively in the Middle East and Asia, and was a special guest of President Fernando Cardoso of Brazil in honoring Zumbi, the leader of slave revolts that led to the end of slavery in Brazil.

In October 1997, Reverend Jackson was appointed by President Bill Clinton and Secretary of State Madeleine Albright as "Special Envoy of the President and Secretary of State for the Promotion of Democracy in Africa”. In this official position, Reverend Jackson traveled to several countries on the African continent and met with such national leaders as President Nelson Mandela of the Republic of South Africa, His Excellency Daniel T. Arap Moi of Kenya, and President Frederick J.T. Chiluba of Zambia.

In February of 2003, people in cities all around the globe marched to prevent the expected invasion of Iraq by the United States. Reverend Jesse Jackson was invited to deliver the keynote address in London’s Hyde Park, and with over 1 million people in attendance, this was the largest anti-war rally held in the world on that day. For the 200th anniversary of the abolition of the Slave Trade Act in Britain, Reverend Jackson was invited to Britain to participate in the official London ceremony with Mayor Ken Livingstone. And, in his continuing push for economic equality, the organization Equanomics-UK, invited Reverend Jackson to help launch the new organization in a historic nine city UK tour: London-Bristol Liverpool-Manchester-Leicester-Nottingham-Bradford-Sheffield-Birmingham. At the conclusion of this tour, Reverend Jackson joined international dignitaries in the unveiling of the statue of Nelson Mandela in London’s Parliament Square.

Other honors include Reverend Jackson’s invitation to deliver the international keynote address on the life and philosophy of Mahatma Gandhi at an event in New Delhi, India, marking the 50th anniversary of Gandhi’s martyrdom. The global event celebrated the strength of non-violent, peaceful protest that Gandhi demonstrated in his uncompromising quest for peace and justice. And, in 2009, UK Prime Minister Gordon Brown invited Reverend and Mrs. Jackson to 10 Downing Street to receive the “Global Diversity and Inclusion Award”.

A hallmark of Reverend Jackson’s work has been his commitment to youth. More than thirty years ago, he instituted the “PUSH for Excellence” Education program. It received national recognition, was featured on the esteemed television program “60 Minutes”, and was championed just prior to his death by former US Vice President Hubert Humphrey. For more than four decades, Reverend Jackson has visited thousands of American high schools, colleges, universities and correctional facilities encouraging excellence, inspiring hope and challenging young people to study diligently and stay drug-free.

Reverend Jackson has been a consistent and vigorous supporter of the labor movement in the U.S. and around the world. He is known as someone who has walked more picket lines and spoken at more labor rallies than any other national or international leader. From Asia to America, he has worked tirelessly with unions to organize workers, protect their rights, and mediate labor disputes.

One of the best-renowned orators of our time, Reverend Jackson’s activism is unparalleled and he has received countless honors recognizing his lifelong work in human rights, civil rights, and the promotion of nonviolent social change. In 1991, Reverend Jackson became only the second living person in history to have his likeness placed on a pictorial postal cancellation of the US Post Office. Starting in the 1970s, he has been on the Gallup List of the Ten Most Respected Americans more than a dozen times. Among the many honors that he has receive in for his decades of work, Reverend Jackson, a Liftetime member of the NAACP, was particularly honored to have become the recipient of the most prestigious that this organization bestows, the Spingarn Medal.

From 1992 to 2000, Reverend Jackson hosted CNN’s "Both Sides With Jesse Jackson". Today, he has a nationally-syndicated radio show, “KEEP HOPE ALIVE with REV. JESSE JACKSON”. And he continues to be see on television weekly on the WORD Network, the nation’s largest Urban Religious Network, on “UPFRONT with JESSE JACKSON” as well as the “PUSH SATURDAY MORNING FORUM”. Reverend Jackson writes a weekly nationally-syndicated which is distributed by the Chicago Tribune/Los Angeles Times. He is the author of two books: Keep Hope Alive (South End Press, 1989), and Straight From the Heart (Fortress Press, 1987). In 1996, Reverend Jackson co-authored the books Legal Lynching: Racism, Injustice, and the Death Penalty (Marlowe & Company, 1996) and It’s About The Money (Random House, 1999) with his son, former U.S. Representative Jesse L. Jackson, Jr.

With Justice for All: Human Rights and Civil Rights At Home and Abroad

Straight from the Heart

"The good Reverend Jackson was gracious and loquacious. It was a pleasure to have him in our company and a treat to meet someone I would define as a living legend."

It's About the Money! 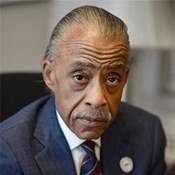 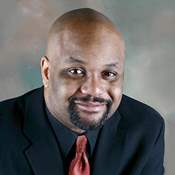 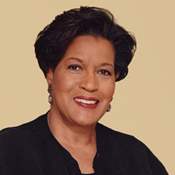