Jim “The Rookie” Morris’ inspirational and transformational message about following your dreams and having a game plan for success connects with audiences, young and old, male and female. His life story is the inspiration behind the Walt Disney blockbuster film, The Rookie, starring Dennis Quaid. It is also the model for the greatest sports film of the 21st century, The Blindside. Read More >

To motivate his rag tag high school baseball team, Morris, as a 35-year-old schoolteacher, made a bet that he would try out for the big leagues if his team won a district championship. When Morris’ team won, he followed through on his promise, going to a tryout where he threw 12 consecutive pitches at 98 mph! Three months later in front of family and his high school team, Jim achieved his dream of pitching in the big leagues by striking out the first hitter he faced. That’s what Jim Morris accomplished and—it doesn’t matter who you are—we can all relate to fulfilling our goals and dreams. Morris’ story takes place on a baseball diamond, but it’s really about life.

Imagine having Morris tell you his story over a cup of coffee. A schoolteacher by trade, he is a polished, inspirational and motivational speaker, but never slick. In a world lacking in real-life heroes, he connects with his audience because he transformed himself from a man who was struggling into an incredible success. People connect with him because they see themselves in Jim Morris.

Morris is a great speaker with a voice of honesty and humor. He is candid about his early-life failures and he uses them to provide a roadmap for success in business, family and community. His is an uplifting, heroic tale about overcoming a tough upbringing. Jim Morris can tailor his inspirational message to a corporate setting, to a school, an association/non-profit, or a church. He works closely with customers to deliver a great meeting and he is a great storyteller! Long after he has left, his message will continue to resonate with your group. Read Less ^

Never Give Up on Dream

Remembering Who You Are

This topic teaches audiences about the importance of integrity. Remembering who you are in all circumstances when people are watching and when they are not. Jim tells personal stories about keeping promises, always doing what you say or promise, and what you do when no one is watching at all…makes you who you are.

Finding a Mentor and Becoming a Leader

Jim focuses on being the mentor for someone that you would want for yourself. While being that dream maker for another, and by surrounding yourself with the best people to bring out the best in you, you give yourself and others the best chance for success. Read More >

Jim tells his own story of defeat while believing the wrong kind of people and shares about his successes while surrounded by key people who helped him believe in himself and pushed him to be the man he is today. Read Less ^

Jim speaks about chasing dreams and being your best by surrounding yourself with the best mentors. He includes his life story and the dream makers who helped shaped his life. He incorporates client’s needs into his talks as requested, is entertaining with humor about himself and shows a seriousness regarding his own journey with Parkinson’s Disease as it relates directly to his grandfather’s struggle with ALS years ago. Read More >

Audiences of all ages will leave talking about Jim Morris and his inspirational message filled with emotional highs and lows. Read Less ^

Never Give Up on a Dream

Learning How to Laugh at Yourself

"We had a fantastic convention and Jim Morris was an overwhelming winner! He is the only speaker who has a perfect rating. Our group loved his stories and his dry sense of humor."

"On behalf of the entire team at BCA, we would like to thank you for your presentation at our breakfast last week. You far surpassed our expectations! We knew you would be a hit, but did not anticipate you being one of the best speakers we’ve ever had."

"Wow, simply awesome. Not a typical motivation speaker—he offers a real-world/real-guy success story that can be related to any business. He is the perfect person to talk to the small business owner."

"The Million Dollar Round Table (MDRT) Annual Meeting is over, yet, because of you, its greatness will not be forgotten. We appreciate the time and effort you extended for your participation as a speaker. Thank you for your outstanding performance and for helping make this Annual Meeting such a success."

"Truly you could have heard a pin drop in the room while you were speaking. I think everyone would have stayed all night listening to you. I have heard nothing but glowing remarks for the past two weeks, many remarking “best speaker ever!”

"Jim was phenomenal. He really connected with the attendees and made their day. So many of them walked up to him to share their personal stories and offer him encouragement. It was an awesome experience!"

"I am a parent of a player in the Chico American Legion baseball program and we were so fortunate to meet Jim and hear him speak to our program. I haven’t stopped thinking about his story and I have shared it with many here at the office today! Truly a great man!”

Dream Makers: Surround Yourself with the Best to Be Your Best 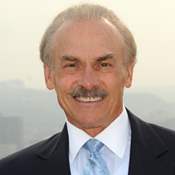