Jon Dorenbos played 14 seasons in the NFL, notably making the Pro Bowl twice as a member of the Philadelphia Eagles. In 2016, Jon competed on America’s Got Talent where he showcased his skills as a sleight-of-hand magician, making it to the finals and placing third overall in the competition amongst tens of thousands of competitors. He then put his talent on display as a guest on Ellen , who quickly became one of his biggest fans and advocates. Jon has appeared on Ellen’s show in various capacities as well as on The Today Show. He just retired from the NFL after having successful open heart surgery to repair a defective aortic valve. Read More >

Known for his great sense of humor and positive outlook on life, Jon is a successful motivational speaker who uses his skills as a magician and his incredible life story to inspire. He is currently writing a book for Simon & Schuster titled Life Is Magic that will go on sale 3rd Qtr 2019.

Jon is a seasoned motivational and keynote speaker with more than 10 years of experience. His topics are typically tailor-made to his clients’ objectives and include: Life is Magic, The Power of Teamwork, Overcoming Obstacles, and Embracing Change. Read Less ^

Speaking Reel: Saved by a Saint

On the Ellen Show

An Evening with Jon Dorenbos

Jon tailors his presentations to fit the needs of his audience. He inspires others by sharing his life experiences and NFL stories, relating them to corporate culture. He discusses the importance of discipline, teamwork, perseverance and the acceptance of failure in achieving a common goal. In his words, “Live in vision not circumstance.”

Live In Vision, Not In Circumstance

Despite losing his parents at age 12, Jon worked through the foster care system and made it to the NFL Pro Bowl. In this talk, Jon touches audiences with his story, demonstrating the power of perseverance and courage whilst overcoming adversity.

As a finalist in Season 11 of America’s Got Talent, Jon entertains and stuns viewers with comedic acts and magic tricks, proving it’s possible to overcome the odds — both in magic and in life.

“Jon is by far the most powerful, engaging, dynamic and authentic presenter I have ever hired in my 15+ years of producing conferences and events. You’ll laugh, you’ll cry, you’ll remember what really matters in life and you’ll leave inspired to make a difference. This guy is for real.”

"If you are looking for a “WOW factor” to add to your conference, Jon Dorenbos will deliver! Jon’s exciting performance mixes his life story, motivational messaging and magic to drive home personal improvement and leadership themes and will bring the audience to their feet every time."

"This guy's not just okay; we're talking about AWESOME right here! He had me entertained for hours."

"Jon had every one of my 300+ managers hanging on his every word and eating out of the palm of his hand. They walked out of the session renewed, refocused and rejuvenated."

"Jon is an absolute wizard and his ability to engage an audience is unparalleled."

"Jon Dorenbos was the speaker at our annual client appreciation event. His personality, talent, enthusiasm and inspirational story enthralled our clientele. He was approachable and considerate with anyone who wanted to meet him after the event. We would recommend Jon highly as the feedback we received rated Jon as the best speaker we had ever had at our event and one that will be difficult to top in the future."

"I’ve seen a lot of keynote speakers. And while most are good, very few are remembered well after the event. Our attendees still talk about Jon’s incredible performance at our corporate event as one of the best they’ve experienced. His magic was fantastic, and his time on stage had the audience laughing, tearing up, and inspired. Jon’s story goes straight to the heart, and the way he tells it is the real magic. He is genuine and engaging. Jon and his team were a pleasure to work with. Jon is a true class act!"

Life Is Magic: My Inspiring Journey from Tragedy to Self-Discovery 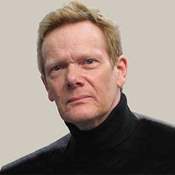