Jonah Edelman is co-founder and Chief Executive Officer of Stand for Children, the nation’s most influential political voice for students and a catalyst last year in the passage of key laws to improve public schools in six states (Arizona, Colorado, Massachusetts, Oklahoma, Tennessee, and Washington). Edelman’s personal stand for children began during college, when he taught a six year-old bilingual child to read. Having discovered his passion, he went on to found a mentorship program for middle school students and then served as an administrator of an enrichment program for children living in public housing, Leadership Education and Athletics in Partnership (LEAP).  Read More >

Edelman considers himself a second generation civil rights leader – his mother, Marian Wright Edelman, was the first African American woman admitted to the Mississippi bar and his father, Peter Edelman, was a close aide to Robert F. Kennedy. Edelman was born and raised in Washington, DC, graduated from Yale University in 1992, and attended Oxford University on a Rhodes Scholarship, where in three years (1992-1995) he earned masters and doctor of philosophy degrees in politics. In 1996, he helped organize Stand for Children's historic founding rally in Washington, DC, which was attended by more than 300,000 people.

Since 2009, Stand for Children has doubled in size. Stand now has affiliates in Arizona, Colorado, Illinois, Oregon, Massachusetts, Tennessee, Texas, and Washington, with a new affiliate in Indiana launching in March, 2011. Parallel to its affiliate-based work, Stand for Children provides technical assistance to help state leaders and advocates to achieve education breakthroughs in other states, an approach piloted successfully in Oklahoma in 2010.

Stand for Children also guides long-term success for children by helping elect education champions to school board, state legislature, and other public offices. The organization has an 85% success rate for electing state legislative candidates it supports with volunteer time and Political Action Committee contributions. During the 2010 elections, Stand campaign volunteers reached 55,000 targeted voters in four states and strategically invested $1.1 million in PAC funds to help elect dozens of education champions in Colorado, Washington, Illinois, and Oregon.

Edelman was recently recognized on Time.com as one of the nation’s top eleven education activists for 2011. Read Less ^

What We Can Do to Improve Public Education

In this workshop, leading national child advocate Jonah Edelman will provide a compelling overview of the basics of effective advocacy for children. The workshop will include powerful concepts and approaches that will help you build a stronger constituency for children, identify winnable issues to work on, develop practical solutions, communicate highly effectively about them, and, finally, how to develop effective strategies for winning decision makers' support for your solutions. Don't miss this chance to learn how to build your advocacy skills.

Public schools are at a crossroads. Students need better preparation than ever to compete in the global economy. The federal government is imposing higher standards than ever before. In the context of declining financial resources, how can public schools possibly deliver the product that students urgently need and the public expects? Stand for Children Executive Director Jonah Edelman will share a provocative and practical perspective.

Making a Bigger Impact for Children: A New Model for Child Advocacy

"Jonah called me before the meeting to make sure he would speak on a level the audience would like. He did not want to bore them or speak down to them. He did a wonderful job. Sometimes some members of the audience leave after the speech. Hardly anyone left. They stayed for every question. Several came up and talked with him after the meeting. He said he would love to come again to Madison. I was extremely happy with having him as our speaker and getting to know something about him."

"Jonah did an outstanding job! Thank you! The conference was a huge success! In fact, we just received notification that Inasmuch Foundation, which happens to be one of our most influential community foundations, has decided to fund our planning efforts for a dental program in central Oklahoma. The dental program that Jonah presented was part of their decision-making process for encouraging planning efforts in this community around the issue of dental health. Great job!" 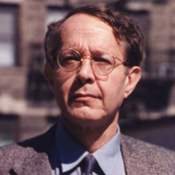