Historian and performing artist Jorge Arce, formally known as Jorge Santiago Arce, was born in Bélgica, a working class neighborhood of Ponce, Puerto Rico. Ponce is a city well known for its rich cultural traditions and is characterized by the emergence and evolution of important Afro-Caribbean music and dances such as the "Bomba," "Plena," and "Danza." Half of Jorge's family comes from San Antón, mainly a black community known for the African tradition of the Bomba music; the other half comes from the music tradition. His life in the "barrio" Bélgica was filled with the Plena music. This experience, among other things, has contributed to his creativity and curiosity. In addition to being an actor, dancer, singer, and performer, he is also a cultural historian and researcher. Read More >

Jorge Arce's early exposure to the Bomba and Plena in Puerto Rico helped him to establish a direct relationship with the Cepeda Family in the early 1970s. He was able to include them in television, record, and theater productions. In 1979 he wrote, performed, directed, and choreographed the musical-theater piece "Melodía en El Caño," in which the leader and choreographer of the Cepeda's Family ensemble, Petra Cepeda, played a leading role. This piece, broadcast as a TV special, was later recorded in the album Tierra, Tierra (Arto Max Records TFS 620; 1980) by Haciendo Punto en Otro Son, a renowned group of which Jorge Arce has been a member since 1978. It has been used as reference material in schools in Puerto Rico as well as in public school systems in the United States connected to the Puerto Rican community. Two more recording projects in which Arce was involved were: Del Caribe al Brazil (Musicaribe LP M001&endash; 1986), and Moriviví (Disco Punto HPLP-001-1981). Both included Don Rafael's compositions. In all of them, the participation of members of the Cepeda family as guest musicians was very important.

Arce toured the United States from 1975 to 1982 as an actor and musician. Since 1983, it has been Arce's responsibility to expand the Bomba and Plena through lectures, workshops, classes, residency programs, and performances at school sites, festivals, parent and community organizations, and universities, thus becoming one of the most important cultural liaisons to the Puerto Rican community in the United States. After completing his educational program at Boston Conservatory in 1985, where he majored in musical theater, he decided to share his experiences with youth and children and to learn more from the community of people who best knew the traditions of his native culture.

Arce conceived Humano in 1987 as a result of an invitation to perform at the Ruiz Belvis Cultural Center in Chicago. About the same time, he became the coordinator of a successful cultural program in a human service agency and gained valuable experience leading cultural projects in schools and the community. He then rejoined the community as an artist and, by combining the elements of tradition with community and cultural awareness, Humano was born. In Puerto Rico, he successfully directed the Music Program of the Puerto Rican Institute of Culture (ICP) between 2001 and 2003 and continued expanding his cultural work throughout the island and abroad.

Jorge Arce received his Master of Education degree from Harvard University in 1994. Arce is listed in Who's Who, 1984-85. He has received numerous awards, including: the Cardinal Cushing Center Award for Outstanding Services to the Community 1987; the Alianza Hispana Recognition for Outstanding Contributions to the Continuing Growth and Success of the Hispanic Community 1991; the Mayor's Recognition to Outstanding Contributions to the City of Boston, 1991; and the Massachusetts House of Representatives Recognition for Outstanding Contribution to the Arts, 1991. His musical group Humano was awarded the Boston Music Award for Outstanding Latin Act, 1990. His cultural workshops and performances were programmed at more than 1000 schools, universities, and educational centers. As a result of his experiences, his article "Bomba and Plena / African Retention in Puerto Rico" was written. It has been edited by Dr. Beverly Anderson, University of Connecticut, and was published by Calaloux Publications and McGraw-Hill, New York.

In the present time, Jorge Arce, doctoral student, continues his work as a lecturer, actor, musician, writer, composer, and cultural activist, presenting his musical-theater educational show “The Afro-Caribbean Workshop: The Ultimate Diversity Experience” in theaters, universities, and community and educational institutions in the United States and Puerto Rico.  Read Less ^

Over the last 24 years Jorge Arce has created, with The Afro-Caribbean Workshop, The Ultimate Diversity Experience, a unique, educational performance. It is substantiated with information and illustrated with 25 percussion instruments, a dynamic theater piece, and the map of the world, "Arno Peter’s Projection." The public participates, becoming part of this experience. From its first presentation in 1987, The Ultimate Diversity Experience has had wide acceptance and excellent critical reviews throughout the Northeastern United States and Puerto Rico. Read More > 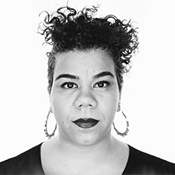