Harvard Professor & Chair of the Department of Human Evolutionary Biology

Dr. Henrich is currently a Harvard Professor and Chair of the Department of Human Evolutionary Biology. Before moving to Harvard, he was a professor of both Economics and Psychology at the University of British Columbia for nearly a decade, where he held the Canada Research Chair in Culture, Cognition and Coevolution. Read More >

In 2013-14, Dr. Henrich held the Peter and Charlotte Schoenenfeld Faculty Fellowship at NYU’s Stern School of Business. His research deploys evolutionary theory to understand how human psychology gives rise to cultural evolution and how this has shaped our species’ genetic evolution. Using insights generated from this approach, Professor Henrich has explored a variety of topics, including economic decision-making, social norms, fairness, religion, marriage, prestige, cooperation and innovation.

He’s conducted long-term anthropological fieldwork in Peru, Chile and in the South Pacific, as well as having spearheaded several large comparative projects. In 2016, he published The Secret of Our Success and in 2020, The WEIRDest People in the World: How the West Became Psychologically Peculiar and Particularly Prosperous. Dr. Henrich is also a senior fellow in the Canadian Institute for Advanced Research (CIFAR) as part of the Institutions, Organizations and Growth Group. Read Less ^

The Secret of Our Success| Talks at Google

Who Are “the Weirdest People in the World?” | Amanpour and Company

The Secret of Our Success

The WEIRDest People In the World

The Secret of Our Success: How Culture Is Driving Human Evolution, Domesticating Our Species, and Making Us Smarter

The WEIRDest People in the World: How the West Became Psychologically Peculiar and Particularly Prosperous 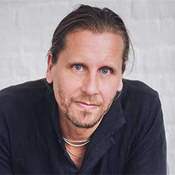