A multifaceted woman, Cristina Perez is a successful lawyer, three-time Emmy Award-winning television personality, radio host, entrepreneur/business owner, national author and columnist, and devoted mother and wife. The daughter of Colombian immigrants, Perez was born in New York. Growing up, she lived in many areas ranging from one of the poorest neighborhoods of New York City to the big city of Guadalajara, Mexico, to the border town of San Ysidro, California, to Hartford, Connecticut, and then back to California, which she has now called home for over 20 years. Read More >

As a young girl, Perez was exposed to all walks of life and cultures. She watched her parents struggle with racism, finances, and adapting to the US culture with a foreign language. Perez learned to speak English around the age of ten and mastered both languages. She credits her family’s guidance and desire to remain close to their heritage and culture for her personal and professional achievements.

In 2006, Perez made her English-language television debut on Twentieth Television’s first-run syndicated Cristina’s Court.  In its debut year, Cristina’s Court became the second-highest rated new show in US syndication. In 2008, the show won the first ever Daytime Emmy Award for Outstanding Legal/Court Show. In 2010, Cristina’s Court won its third consecutive Emmy in the same category. The Emmy wins are the first ever for a Fox daytime show. Most recently, she is set to launch the first bilingual televised courtroom series this coming fall. Titled Justice for All with Judge Cristina Perez, it will be produced in both Spanish and English simultaneously.

Perez brings a fresh way of connecting with people. The ultimate crossover host, she is a hip, professional, multicultural woman who always seeks to introduce traditional values into the lives of people young and old. Consequently, she appeals to a wide variety of audiences nationwide.

With a passion for law, family and culture, Perez was the first television judge ever to crossover from Spanish-language to English-language television. In contrast to her tough persona, she never wears “rubber gloves.” She has the unique ability to connect with people in a very warm and personal level.

Perez is also known as the enormously popular host of the Spanish-language television program La Corte de Familia (Family Court), which aired nationally and internationally in 15 countries on the Telemundo Television Network/NBC from 2000 to 2005. Perez was the first female judge-host to air on a nationally syndicated Spanish network series. The program appealed to viewers of all ages and was the second-highest rated daytime Spanish-language program in the US. Perez made her television debut on the program La Corte Del Pueblo (People's Court).

Perez utilized La Corte de Familia and La Corte del Pueblo as vehicles to raise community consciousness. The success of each show lay in the fact that each celebrated the strength of people, culture, and the importance of family. It also reminded viewers of all ages and ethnicity not to forfeit their culture and the great lessons learned from predecessors to make it in the United States. It is reliance on these lessons that she believes is key to becoming successful in life.

Perez feels that quality advice is one of the most valuable gifts any parent can give to their child, and she draws on her parent’s wisdom daily by reflecting on the “dichos” (proverbs) that were passed down to her. In her debut book, Living by Los Dichos, Perez shares those that have most powerfully influenced her life. Anyone who is looking for guidance—whether they are about to leave home for college or are about to get married—will find what they are looking for in this book. “Dichos” transcend age, race, and religion to provide just the right answer at just the right time. Perez shows how proudly embracing your roots and staying true to your identity will guide you down the right track and help you navigate life’s toughest challenges.

In March 2010, Cristina Perez’s new book, It’s All About the Woman Who Wears It: Ten Laws for Being Smart, Successful and Sexy Too, hit the shelves. Perez discusses finding balance in life while juggling marriage and a high-profile career—and still managing to stay in her favorite pair of heels. In It’s All About the Woman Who Wears It, she lends the same candid voice, humor, and understanding that she applies in life. Together, these laws address problems that women commonly face and guide them to the realization that the real essence of being happy and sexy stems from a strong sense of identity. As Perez shares rich, personal experiences that have shaped her to be the confident woman she is today, as well as the real-life lessons imparted from her cases, her words will resound among a new generation of women who take a no-nonsense approach to life and, above all else, who want to remain true to themselves.

Perez is also a community leader committed to community service and awareness who is an active member and leader of several community and legal organizations.  She frequently serves as a host and special guest for such television and radio shows as TV Guide Network’s Hollywood 411, Larry King Live, Showbiz Tonight, Extra, Conexion Thalia (ABC Radio Networks), and as a weekly co-host on Radio Univision and W-RADIO 690 AM. In addition, Perez has been a columnist for national magazines and Internet-based publications and blogs.

According to a 2008 Syndicated Network Television Association survey, Perez ranked as one of the most trustworthy and influential syndicated hosts on television, second behind Oprah Winfrey, among adults 18 to 34 years old. In 2007-2008, she served as the Los Angeles County Bar Association Spokesperson for its Lawyer Referral and Information Services—a position formerly held only by The  People’s Court Judge Wapner. In 2007, Perez was named as one of America’s Ten Most Inspirational Women by Siempre Mujer magazine (with a special introduction by Hillary Clinton). In 2005, she was selected as California’s Woman of the Year for her community service and activities and was named one of America’s Top 10 Latina Advocates by Latino Leaders magazine for making the world a better place for women and Latinos.

Perez received a Juris Doctor degree from Whittier Law School and two Bachelors of Arts degrees from UCLA. She is the founder of Perez Gonzales, a multi-disciplined law firm.

Rejoice in the Spirit of What Defines a Woman Today

Immigration: How Latino Immigration Will Change America for the Better—& You Along With It

Stepping Outside Your Comfort Zone

"It was so very nice to have Cristina as our 20th Anniversary Unity Banquet keynote speaker.  She gave such an important message to everyone who attended.  It was really a pleasure having the opportunity to spend some time talking with her while she was here.  Everyone feels that she is so down to earth when working with people and that she has a true passion when it comes to supporting our youth." 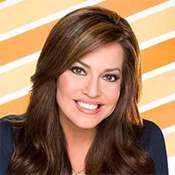 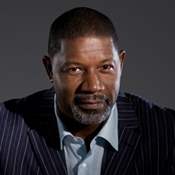