An actress and singer known for delivering heart-felt and energetic performances, Jurnee Smollett's talent continues to evolve with each new project. She was in The Great Debaters alongside Forest Whitaker and Denzel Washington, who also directed the drama. In addition to receiving rave reviews, the film was nominated for a Golden Globe for Best Picture and Smollett was nominated for an NAACP Image Award in the category of Outstanding Actress in a Motion Picture. Read More >

In addition to acting and singing, Smollett is the youngest board member of Artists for a New South Africa (ANSA), a nonprofit organization working in the US and South Africa to combat HIV/AIDS, advance human rights and equality, safeguard voting rights, and educate and empower children orphaned by AIDS as well as other at-risk youth. Smollett has been involved with ANSA since the age of 11 and in March 2006 became ANSA's pioneer presenter for “Positively Speaking,” a program of Los Angeles Unified District HIV/AIDS Prevention Unit that brings people who are infected or affected by the disease into middle and high school classes to tell their own stories and lead discussions. Smollett has traveled to South Africa through her efforts with ANSA and met with Nelson Mandela and Archbishop Desmond Tutu, among others.

Smollett began her television acting career at the age of four with a recurring role on Full House, later reviving the character for a season of Hangin' with Mr. Cooper. She followed by starring in the comedy On Our Own with her real life sister and four brothers.

She made her breakthrough performance when she starred in the critically acclaimed Eve's Bayou and was voted one of the five Hollywood stars to watch in the millennium by Interview Magazine. In the film, Smollett portrayed “Eve,” a young girl who, in the course of one summer, opens up a Pandora's Box of family secrets. Starring opposite Samuel L. Jackson, Smollett earned a Broadcast Film Critics Award for Best Youth Performance.

Smollett recently starred in Roll Bounce with Nick Cannon which garnered her rave reviews from USA Today, The Los Angeles Times, Daily Variety, and New York Daily News for her portrayal of "Tori," the endearing friend who goes from braces to beautiful over the course of the film. Smollett also starred in Gridiron Gang opposite The Rock as well as Beautiful Joe starring Sharon Stone.

In addition, Smollett has starred with Bill Cosby and Phylicia Rashad on the CBS sitcom, Cosby. For her work on the series, Smollett won NAACP Image Awards in 2000 and 1999, as well as a Vision Award in 1999. She also received critical acclaim for her guest starring role as the daughter of an activist who is brutally murdered in NYPD Blue. Read Less ^ 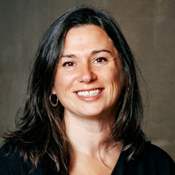 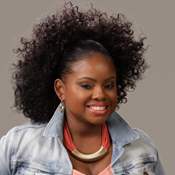