During a devastating bout with postpartum depression following the birth of her first child, Katherine Stone spent a year feeling alone and defective, convinced her child would never love her. After she recovered, she decided it was high time someone made some noise about this common yet underreported childbirth complication, so she created the award-winning internationally recognized website Postpartum Progress to raise awareness and give mothers comprehensive information and support. Read More >

Today, Postpartum Progress is the most widely read blog on postpartum depression (and all other mental illness related to pregnancy and childbirth) in the world, reaching hundreds of thousands of women annually. On the heels of that project, Stone founded Postpartum Progress, Inc., a national nonprofit focused on vastly improving the support and services for women with perinatal mental illness.

Stone has written about postpartum depression as a contributing expert for BlogHer, the world's top community for women in social media; the Today Show website; and PBS’ This Emotional Life. She has also appeared in videos on postpartum depression for CNN, Health.com, and iVillage. She has received numerous awards for her work, including the inaugural Bloganthropy Award, which recognizes individuals who use social media to make a difference; a spot on More magazine’s annual Fierce List; and recognition as a WebMD Health Hero, which awards individuals who have overcome challenges and helped transform healthcare.

“The mother to all mothers,” as she is reverentially called by her readers and fans, Katherine Stone is determined that her daughter’s generation does not suffer in silence. She is a dynamic and engaging speaker and presents at events around the country on postpartum depression, parenting, social media, and the patient empowerment movement.

Stone has been featured by CNN, The Huffington Post, Yahoo, AOL, PBS, The Today Show, HLN, ABC News, iVillage, Health.com, The Washington Post, and The Atlanta Journal-Constitution, among others, discussing a wide range of parenting topics along with postpartum depression. She has served as a parenting columnist for AOL’s ParentDish and Disney’s Babble, been named among the most influential mom bloggers in 2011 and 2012, and been recognized as one of the top Twitter moms.

Despite having no medical training, she is highly respected by the medical community and has been recommended as a patient resource by institutions such as the Massachusetts General Hospital Center for Women’s Mental Health and the University of North Carolina Center for Women’s Mood Disorders.

Prior to becoming a full-time blogger, advocate, and stay-at-home mom of two, Stone spent seven years in corporate marketing at the Coca-Cola Company. Read Less ^

"I can’t begin to tell you what fantastic feedback we’ve received about Katherine. We have heard the phrase “best non-profit gala ever in Grand Rapids” from more than one person, and a huge part of that is due to Katherine’s compelling performance. She was articulate, engaging, and really took the time to promote our program and facility which was of course appreciated by upper management. Everyone at Pine Rest could not be more pleased. Thank you for connecting us to her, she was a perfect fit for what we needed."

"As COO for BlogHer, Inc., I run our events business, including ultimate responsibility for the quality of our conference programming. We have secured Katherine Stone as a speaker for multiple events and in a number of formats... from conversational panelist for large audiences to facilitator for more intimate, hands-on workshops. Katherine has always delivered the appropriate combination of inspiration, warm relatability, and practical, actionable advice. I consider Katherine to be a role model for community members who want to add public speaking to their resumes."

"The Maternal Wellness Program at the Colorado Department of Public Health and Environment worked with Katherine Stone in the fall of 2012 to present a live webinar on pregnancy-related depression. Katherine’s presentation provided both the ‘ins and outs’ of pregnancy-related depression and insight into her own experience battling postpartum OCD, drawing some of the best attendance we've ever had. Katherine is an advocate and speaker who engages the audience by weaving facts and statistics together with personal reflections."

"From the moment Katherine started speaking, the audience became one set of ears. Katherine’s ability to simply tell her story, her vulnerability, and her extensive expertise on the topic is riveting. Katherine speaks both for herself and the thousands of women out there who have come through this experience with complete accessibility, candor, and mastery. She has single-handedly created an online resource that is the only one of its kind and can speak powerfully to what needs to be done. Katherine’s voice is singular and critical to expecting and postpartum women everywhere!" 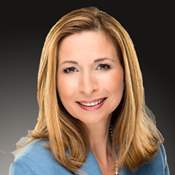 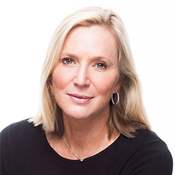