Len Nichols became the Director of the Center for Health Policy Research and Ethics and a Professor of Health Policy at George Mason University in March of 2010. He plans to continue the work he began at the New America Foundation, bridging the worlds of health economics and health services research for health system stakeholders and clinical leaders, elected and appointed policy officials, and journalists. He founded and directed Health CEOs for Health Reform, a group that was pivotal in helping policymakers see that delivery system reform and health insurance reform are necessary and feasible complements. Read More >

Nichols has testified frequently before Congress and state legislatures, has been published widely in a variety of health journals, and is a popular public speaker on health policy and politics. He has recently been elected to the Boards of Academy Health, the National Center for Quality Assurance, and the Arkansas Center for Health Improvement. Before joining George Mason, Nichols served as the Director of the Health Policy Program at the New America Foundation, the vice president of the Center for Studying Health System Change, a principal research associate at the Urban Institute, senior advisor for health policy at the Office of Management and Budget during the Clinton Administration’s health reform effort, and chair of the Economics Department at Wellesley College. He has advised the World Bank and the Pan American Health Organization, as well as various state governments and departments of the US Government.

Because of his reputation as an honest and knowledgeable health policy analyst, he is frequently interviewed and quoted by major media outlets including The New York Times, Washington Post, Los Angeles Times, Wall Street Journal, Congressional Quarterly, National Journal, NPR, Lehrer News Hour, the BBC, NBC Nightly News, ABC News Tonight, and CBS Evening News. He received his Ph.D. from the University of Illinois at Champaign-Urbana in 1980. Read Less ^

Healthcare Reform - Why Are We Having the Conversation?

Patients Live in a Community 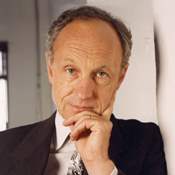 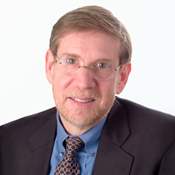 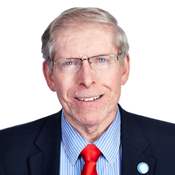