Lis Wiehl is one of the nation’s most prominent trial lawyers and highly regarded commentators. For fifteen years, she was a legal analyst and reporter on the Fox News Channel. Prior to that she was the co-host on the nationally syndicated show The Radio Factor. Wiehl turned her attention to fiction in 2008, using her behind-the-scenes knowledge of law and media to color pulse-pounding suspense titles. She is also the author of The Truth Advantage, Winning Every Time, and The 51% Minority: How Women Are Still Not Equal And What You Can Do About It, which won the 2008 award for Books for a Better Life in the motivational category. Launching in 2018, Wiehl’s newest series, The Hunting Series, will recount the relentless quest for justice in the aftermath of history’s most devastating and sensational crimes. Read More >

Leveraging Wiehl's years of experience as both a federal prosecutor and investigative crime reporter, each book in The Hunting Series is a page-turning, behind-the-scenes examination of the terrifying acts of iconic villains and of the remarkable tactics and strategies the government used to investigate, surveil, track down, apprehend, prosecute, and sentence these highly dangerous individuals. Each Hunting narrative will include what led to the perpetrator's capture, the capture itself, and its aftermath.

Prior to joining Fox News Channel in New York City, Wiehl served as a legal analyst and reporter for NBC News and NPR’s All Things Considered. Before that, Wiehl served as a Federal Prosecutor in the United States Attorney’s office.

Wiehl earned her Juris Doctor from Harvard Law School and her Master of Arts in Literature from the University of Queensland. She is a Professor of Law at New York Law School.

Winning Every Time: How to Use the Skills of a Lawyer in the Trials of Your Life

The Truth Advantage: The 7 Keys to a Happy and Fulfilling Life

Hunting the Unabomber: The FBI, Ted Kaczynski, and the Capture of America’s Most Notorious Domestic Terrorist

Hunting Charles Manson: The Quest for Justice in the Days of Helter Skelter

The Separatists (A Newsmakers Novel) 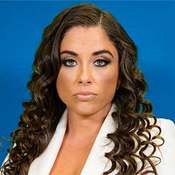