Luciana Berger was first elected as the Labour Member of Parliament for Liverpool Wavertree in 2010 aged 28, after roles with Accenture, the NHS Confederation and the Labour Friends of Israel. During her three terms in Parliament Luciana served as a shadow Minister for Energy and Climate Change, Shadow Minister for Public Health and was the first ever Shadow Cabinet Minister for Mental Health. Luciana was a member of the Health and Social Care Select Committee between 2016 and November 2019 and was appointed Liberal Democrat Shadow Spokesperson for Health, Social Care and Wellbeing in 2019. Read More >

Luciana has long called for increased awareness, parity of esteem and improvement of mental health services. Luciana led a campaign calling on the government to expand employer responsibility to include Mental Health First Aiders and was successful in amending a bill to introduce a ‘breathing space’ for those in a mental health crisis who are struggling with serious debt. Luciana also led the campaign which resulted in the introduction of a law to ban smoking in cars when children are travelling in the back of the vehicle. Other legislative changes Luciana secured include the introduction of a national green deal apprenticeship scheme and increasing sentencing for people whose dogs kill or maim.

In early 2019, Luciana left the Labour party, identifying it as 'institutionally racist'. She also highlighted her serious concern about the leadership's refusal to take a clear position in the face of Brexit. In September 2019, Luciana joined the Liberal Democrat party. Luciana ran in the Finchley and Golders Green constituency at the December 2019 election, and despite a 25.3% increase in the Liberal Democrat vote share (from the previous 2017 election), Luciana was not successful in securing a fourth term in Parliament.

Luciana is featured in the 2019 Vogue 25 - a list compiled by British Vogue Magazine of 25 'high-powered and visionary women whose work is shaping Britain’s future.’  Luciana topped the Progress 1000 2019 which is the Evening Standard’s annual celebration of London’s most influential people. Luciana was acknowledged as a member of the “Rebel Alliance” group of MPs described as “ the courageous MPs who put their careers on the line to stop a potentially disastrous departure from the European Union without an agreement with Brussels”. Luciana is recognised in the Algemeiner’s J100 - the top 100 people globally who are positively influencing Jewish life in 2019.

Luciana is the recipient of a number of awards including:

Between 2017 and 2019 Luciana served as the mental health advisor to the Liverpool City Region Metro Mayor. Today, Luciana is an advisory board member of the Money and Mental Health Policy Institute, a Vice President of the British Association of Counselling and Psychotherapy, a Vice President of the Jewish Leadership Council and an honorary fellow of the University of Liverpool’s Heseltine Institute.

A keen photographer, Luciana is married to music manager Alistair and is Mum to 2-year-old Amélie and baby Zion. Read Less ^

Elected at the age of 28, and serving as the youngest member of the front bench in the 2010-2015 Parliament, Luciana offers a unique perspective of a woman’s journey in the British Parliament, which still today is just 34% female. Luciana reflects on her decade serving in the House of Commons - the highs and lows of representing constituents and trying to affect change (often successfully) from Opposition.

Luciana has spent the last six years at the forefront of campaigning - often successfully - to achieve real equality for how mental health is discussed, considered and treated in England. Luciana has led many efforts including the #wheresyourheadat campaign, which seeks to expand employer responsibility to include Mental Health First Aiders. Luciana successfully changed the Financial Guidance and Claims Bill to introduce a ‘breathing space’ for those in a mental health crisis who are struggling with serious debt. Luciana has been relentless and forensic in holding the British Government to account and has won many awards for this work. Luciana’s approach centres on prevention how everything should be done to keep a nation well rather than treat it when it is sick or in a mental health crisis.

Six years into her parliamentary career, Luciana was elected as the parliamentary chair of the Jewish Labour Movement. She held that role until early 2019, when Luciana left the party that had been her political home for 20 years, identifying it as 'institutionally racist'. Luciana charts her long and painful journey trying to counter Antisemitism from within the Labour Party and what happened to lead her to eventually leave, just 2 weeks before she had her second child Zion. 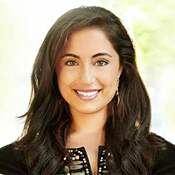 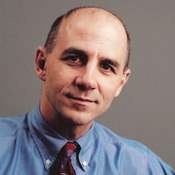