Award-winning broadcaster and best-selling author Lynn Sherr spent more than thirty years at ABC News, including more than twenty as a correspondent with the ABC Newsmagazine 20/20. Since she left ABC in 2008, she has been freelancing on a variety of platforms, from print to TV to digital. Her newest book, SALLY RIDE: America’s First Woman in Space (published in June 2014) was a New York Times Science Bestseller, was named one of the Washington Post’s Best Books of the Year, and was a Finalist in the Goodreads Choice Awards for history and biography. Read More >

Throughout her career, Sherr has covered a wide range of stories, specializing in women's issues and social change, as well as investigative reports. Her numerous awards include an Emmy, two American Women in Radio and Television Commendation awards, a Gracie Award, and, among other honors, a George Foster Peabody Award.

Prior to her ABC assignment at 20/20, Sherr was a national correspondent for ABC News, where she was also part of the network’s political team for every election cycle through 2000.  Sherr also reported on the NASA space shuttle program from its inception in 1981 through the Challenger explosion in 1986, anchoring almost every mission from launch to landing. She is a graduate of Wellesley College, where she served as a trustee.

Sherr is the author of SWIM: Why We Love the Water (2012);  her memoir, Outside the Box: My Unscripted Life of Love, Loss and Television News, published in September 2006; the biography, Failure Is Impossible: Susan B. Anthony in Her Own Words; and co-author of Susan B. Anthony Slept Here: A Guide to American Women's Landmarks, and 10 editions of “The Women's Calendar.” Her bestselling book, Tall Blondes, offered a perceptive and highly praised look at one of wildlife's most endearing but little-understood animals — giraffes — and was also the subject of a one-hour documentary for the PBS Nature program. Her bestselling book, America the Beautiful: The Stirring True Story Behind Our Nation’s Favorite Song, came out in 2001. She conceived and co-edited Peter Jennings: A Reporter’s Life, which was published in 2007.

Sherr wrote the Foreword to The Mercury 13: The Untold Story of Thirteen American Women and the Dream of Space Flight and to Smart Women Don’t Retire: They Break Free. She also has served as a Contributing Writer at Parade Magazine, where she did cover stories on President and Mrs. Obama, Neil deGrasse Tyson, Rick Perry, Oprah Winfrey, first lady Michelle Obama and Dr. Jill Biden; and at More Magazine; wrote columns for The Daily Beast; broadcast for public radio, and has frequently co-hosted PRI’s The Takeaway. She served as a Commissioner on the New York City Commission on Women’s Issues.  She is also a member of the selection committee for the John Chancellor Awards.

Lynn Sherr is a popular lecturer and public speaker at many venues, including women’s groups, journalism classes and meetings of cancer professionals. Read Less ^

Lynn Sherr discusses her personal experience with colon cancer/chemo/survival and what she's learned about life with and without cancer.

Based on her book, Outside the Box: A Memoir, Lynn Sherr discusses her life on and off the camera.

Based on her best-selling book, Tall Blondes: A Book About Giraffes, Lynn Sherr fascinates an audience with facts and tales about giraffes, her own personal totem.

Lynn Sherr weaves together a discussion of the power of women based on examples of incredible historical and contemporary women.

"Please relay my appreciation to Lynn Sherr for her excellent presentation on the 100th Anniversary of the 19th Amendment. Lynn's presentation was energetic, engaging, and filled with wonderful anecdotes and insight from the life of Susan B. Anthony and the women's suffrage movement. Lynn is definitely one of the most professional and personable speakers it's been our pleasure to work with, and a huge hit with our audience!"

"She was such a wonderful speaker, and our participants were fascinated by her remarks. In particular, they were delighted to learn about how the classics helped Ms. Sherr develop a habit of making sense of the world and how her examination of ancient myths’ underlying biases connected to modern struggles in seeking truth. Ms. Sherr’s presentation made this year’s Classicalia event, although virtual, a tremendous success. Of course, none of this would have been possible without your support. Thank you again for your time and cooperation – I appreciate your patience throughout this process!"

"WOW! Lynn was absolutely amazing. She knocked it out if the park and the evening was a huge success. Thanks again, it was a great night!"

"The girls are raving about her speech. It was wonderful for them to meet someone famous with such a great sense of humor and approachability."

"I can never thank her enough! Her ability to bring energy, wit and intellect to the Foundation conversations is truly a gift. This year and last, guests left the room feeling smarter and better informed."

"Lynn Sherr was one of the best speakers I have heard. She was a breath of fresh air and she was so candid, lively and interesting. Thanks!"

"She generously shared her time and talents with us. We are all inspired by her intelligence, passion and success. We appreciate her great storytelling skills and the warmth and honesty she brings to them. It was a pleasure to meet her and learn more about her rich and interesting life."

"Yesterday’s event was wonderful! Lynn is such an absolute delight to be around and we’ve been receiving tremendous and complimentary feedback about the event. For events, I’m always in the back of the room watching guests’ reactions and involvement with who’s speaking. Lynn definitely held the attention of everyone in the room, kept us entertained with her stories, and wrapped the program up so well in what we were trying to accomplish with the luncheon – women uniting to support other women."

"Lynn Sherr’s remarkable, groundbreaking career as a journalist, and the wide variety of subjects about which she has written, contribute to making her one of the most engaging, informative and intelligent speakers for audiences of all kinds. Lynn has been an inspiration to her peers, and a superb role model to young women everywhere because of the pioneering work she did in the television industry. But whether it’s American history, women’s issues and concerns, political perspectives, or wild animals, you won’t find a more dynamic communicator.

Last year, I recommended Lynn to the New York Women’s Bar Association Foundation - a diverse group of lawyers, judges and educators - and attended the session at which her dynamic presentation riveted everyone present. Lynn always has relevant, up-to-the minute information about her subject, and delivers with style, grace, and a delightful sense of humor. As usual, the Q and A period went on well-beyond the time planned - no one wanted to leave.

I’ve followed in Lynn’s trail at many speaking engagements around the country, and am always asked to get her back. My path is smoother because her events have preceded mine so often, and she’s been such a hit. I’ve also recommended her for large events from Virginia to Ohio to California, and each time I’ve gotten rave reviews for having made the introduction.

You have my most sincere recommendation for Lynn Sherr as a guest speaker - she’s a star."

Swim: Why We Love the Water 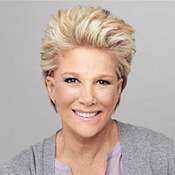