The world has never been richer, yet we have never been angrier. What does this say about where we are heading? Acclaimed for his stunning (and very early) predictions of Donald Trump’s victory and Brexit, and for identifying the phenomenon that he named "Global Trumpism," Brown University professor Mark Blyth has once again pinpointed the powerful underpinnings that are shaping our political and economic future. Read More >

Drawing upon his latest book, Angrynomics, co-authored with hedge fund manager Eric Lonergan, Blyth reveals how the rise of nationalism, shifting global politics, financial markets — even the intensified stress of everyday life — are being influenced by an economy of heightened uncertainty and anger. In a world driven by Angrynomics, faith in the workings of markets and politics has been undermined, and ever-accelerating economic change has become something to be feared. Renowned for making complex topics understandable and refreshingly entertaining, Blyth energizes audiences with his sharp Scottish wit and brilliant insights into what’s to come.

Professor Blyth is the William R. Rhodes ’57 Professor of International Economics and Professor of Political Science and currently serves as Director of the William R. Rhodes Center for International Economics and Finance at Brown University, an interdisciplinary institute dedicated to exploring how economics and finance impact the world we inhabit today. Blyth’s research focuses upon how and why the economy changes, the politics that it produces and "why people continue to believe stupid economic ideas despite buckets of evidence to the contrary." He also explores areas ranging from why aging is a threat to economic prosperity, why technology change may not change the world of work as much as some fear, and (in an article with Nassim Nicholas Taleb) why revolutions such as the Arab Spring have the same drivers as financial crises. His other books include Austerity: The History of a Dangerous Idea and The Future of the Euro. Austerity, which has been translated into 16 languages, won numerous awards, and the attention of Paul Krugman and Lawrence Summers. Reviewing Austerity in the Financial Times, Summers compared Blyth’s writing to that of John Maynard Keynes. Blyth is a contributor to Foreign Affairs and The Guardian and has appeared multiple times on Fox News, NPR, BBC and Bloomberg. He holds a PhD in Political Science from Columbia University.

Professor Blyth’s ability to break down and clarify complex issues has made him a popular choice for investor conferences, trade associations, client conferences, executive briefings, or any group looking to gain a better understanding of the intertwined future of the economy and politics. He is known for working collaboratively with clients to tailor his presentations to their interests, and most of all, for keeping audiences engaged and entertained. As one client glowingly wrote, "His humor and the way he put forward his views were just amazing. All were just glued to their seats and it was a very enriching learning session." Read Less ^

On the 2020 Presidential Election | The Takeout Podcast

Get Used to The New Normal

The Mustang and The Volvo

How Does Tech Fit Into the Long and Low Economy?

Economic Trends & The Power of Fintech

On the Brexit Vote

Why Do People Continue to Believe Stupid Economic Ideas?

The New Normal? That One? Fogettaboutit! Here’s Your Real 'New Normal' and Its Anything But.”

Remember the things we used to worry about? Inflation, the rise of China, the future of the Dollar, Decarbonization? They are all still here, but now they are screened through a new lens, that of major power conflict. Our portfolios rest upon a series of assumptions about integrated markets, instant transactions and global supply chains. All of these are now in doubt. How do we rethink the old in light of the new? What does that ‘new normal’ look like? And how can we not just survive, but profit, in that new normal.

Is the World About to Suffer a Great Inflation?

Despite Inflation being absent from the developed world since the 1980s, the fear of inflation going forward is very much back in the minds of investors and governments. Is this fear warranted? In this talk noted Political Economist Mark Blyth examines the case for and against a new ‘Great Inflation,’ similar to the 1970s, occurring in the current moment. He examines the arguments behind such worries – massive monetary expansion, pent up COVID demand, and long run demographic changes – and compares those to the arguments against a such worries. Unlike most commentators Blyth takes a very long term view of inflationary forces and argues that not only are such forces very subdued, but they are also unlikely to re-emerge in the medium term. The main reason behind this is that we misunderstand what actually caused the original ‘great inflation’ of the 1970s, and once you understand that, it becomes hard to argue for its re-emergence today.

From Economics to Angrynomics: Crashes, Reboots & Anger in Our Economies

That ‘we live in an increasing polarized world’ has become a commonsense piece of wisdom. That ‘the world has become more unequal, unfair, and distrustful of its elites,’ is another. ‘The world is so much more stressful,’ is a third. What ties these wisdoms together is the anger that they generate. In his "Financial Times Critics Choice" book with Eric Lonergan, Angrynomics, Mark Blyth takes this outpouring of anger seriously, differentiating among the types of anger we see today in order to understand the world around us today. Blyth explains why such outbursts of anger are the consequence of large-scale economic crashes, and why this ‘Angrymonics’ is sustained and amplified when such crashes combine with the appearance of new and challenging micro-level stressors in our daily lives – rapid technological changes and aging societies - that make this moment of Angrynomics particularly acute. Blyth does not however stop at diagnosis. He suggests a set of new ideas that cut across tired old political lines and that shy away from the usual appeal to raising taxes. From the creation of Citizens Wealth Funds funded by the profits of financial crises to a Data Dividend from the sale of our data to digital monopolists Blyth stresses the many ways that are there to push us back from Angrynomics.

Pandemics, Politics & the Path Ahead: The Global Macroeconomy After COVID

As Yogi Berra memorably put it, "it’s tough to make predictions, especially about the future." But as the COVID pandemic persists, placing stresses on entire economic sectors, public finances, and our personal lives, it demands that we, if not predict, at least clarify the possible futures that we face. Key drivers that existed before COVID – structurally low interest rates driven by demography and ultra-low inflation driven by technology and globalization – have combined to give firms and governments unprecedently friendly financing conditions. And yet we are also confronted by societies riven by distrust, inequality, and division. How these factors are amplified by the COVID crisis and our responses to it will shape the decade ahead. With a keen eye on Asian, European and North American economies and markets, master forecaster Mark Blyth examines the key variables, risks, opportunities and overall political and economic impact of COVID-19 and the world after COVID.

The Upside of Disruption: Why a World with Populism & An Aging Population Needs More, Not Less, Technology

The politics of the developed world has become disturbed. Far from being a temporary blip, populism on the right and left is here to stay, and it will shape our economies for the next decade. But underneath that ‘system shift’ the rich countries are also getting older. Older people save more, spend too little, and vote more than everyone else. And both of these secular trends are taking hold in a world that is in the throes of a digital disruption. The usual response is to fear this disruption, taking its effects on jobs and incomes as always bad. Mark Blyth challenges this view and argues that not only is there an upside to disruption for everyone through doing more with less, he also shows us why an aging and populist world can only be stabilized and prosper with more tech, not less. He strongly argues that we need to embrace the digital future in order to survive our populist present.

Before becoming an acclaimed political economist and author, Mark Blyth was, for a brief time, a stand-up comedian. In this talk, which is a great closer for any conference, he combines his passion for political economy and flair for humor to explain why economic ideas that are not supported by evidence not only persist, but multiply. He charts an amusing course from the limits of human cognition to the incentive structure of organizations to explain why humans are so bad at understanding the world that they live in. Throughout, Blyth reminds us that stupid economic ideas are everywhere, how to spot them, and why, paradoxically, we can’t really do without them.

How will the larger trends in global economics, politics and financial markets affect your industry and business? In this highly engaging executive briefing, political economist and master forecaster Mark Blyth, author of Angrynomics, examines the issues your company’s leaders care about most, calling out warning signs along the way. Known for his collaborative style in customizing his presentations, humorous Scottish candor and highly interactive Q&A, Blyth delivers a thought-provoking session that unpacks and illuminates the increasingly intertwined future of economies and politics.

“Everything with Mr. Blyth went very well last week. His sessions in Chicago and NYC were great and it was wonderful to meet him…. Your team is wonderful to work with. Thank you very much!”

"Mark did a wonderful job – he was engaging, insightful and really kept our entire team interested."

"Mark was terrific…Your team is ultra professional and made things easy. THANK YOU."

“Everything went splendidly! Mark and the facilitator had a really interesting and very robust discussion and Mark was an absolute professional (would not have expected any less though). Thank you very much for all your assistance in the lead up to the event, and please pass on my appreciation to Mark, the feedback I have received already has been overwhelmingly positive.”

"It was just fantastic..his humor and the way he put forward his views were just amazing. All were just glued to their seats and was a very enriching learning session."

“Mark was excellent. We received lots of positive feedback. We would love to work with him again in the future.”

"Everything went very well! Feedback from the audience was that they really loved his style and content. All in all, a win!"

"Our audience loved him. His topic was very timely and he was certainly lively and entertaining. We had a lot of fabulous feedback. Really, really engaging. He also signed all of his books, and stopped by during our cocktail hour. He really went above and beyond."

"Mark's presentation was fantastic!! Everyone was fascinated with his discussion. We are hoping to book him for another event in November."

"Mark’s willingness to tailor his presentation to our group and to engage fully with participants in the discussion, made the session a very successful opening discussion. Attendees appreciated the clarity and insightfulness of his remarks. Mark was able to strike a balance between focusing on the macro trends which are drivers of the current environment, while also providing some specific opinions about future and potential opportunities."

"Loved him! He was phenomenal!!! We are already looking to book him for another event!"

Austerity: The History of a Dangerous Idea

Diminishing Returns: The New Politics of Growth and Stagnation

The Black Swan of Cairo

When does democracy fail? When voters don’t get what they asked for.

America tampers with the Chomsky trade at its peril 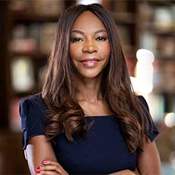 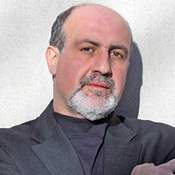 Best-Selling Author of The Black Swan: The Impact of the Highly Improbable