Professor Melissa Harris-Perry is the Maya Angelou Presidential Chair at Wake Forest University where she teaches courses on American politics and elections at the intersections of race, place, and gender. Read More >

Professor Harris-Perry is the Founder and President of the Anna Julia Cooper Center, an independent organization with a mission to advance justice and alleviate harm for women and girls of color in American higher education.  Along with Dorian Warren, she is co-host of the podcast System Check, with The Nation.

For nearly two decades, Harris-Perry has contributed to American public life through her distinct combination of scholarly analysis and grounded wisdom applied to analysis of race, gender, politics, and power. She served as Editor-at-Large for ZORA.com, a Medium publication for women of color, and for Elle.com. Her writing has appeared in the Wall Street Journal, New York Times, Chicago Tribune, Glamour, Harper's Bazaar and many other print and digital venues. She was among the initial cohort of writers for TheRoot.com and authored highly regarded columns for Essence and The Nation.

She hosted the award winning television show “Melissa Harris-Perry” from 2012-2016 on weekend mornings on MSNBC and in 2016, won the Hillman Prize for broadcast journalism.

Committed to diversifying American journalism and mentoring emerging public voices, Professor Harris-Perry has developed and implemented innovative mentoring efforts including the Elle.com scholars program centering the stories of women and girls of color and BLACK ON CAMPUS, a national student journalism program in partnership with The Nation.

She is the author of the award-winning Barbershops, Bibles, and BET: Everyday Talk and Black Political Thought, and Sister Citizen: Shame, Stereotypes, and Black Women in America.

Harris-Perry received her B.A. degree in English from Wake Forest University and her Ph.D. degree in political science from Duke University. She also studied theology at Union Theological Seminary in New York. Harris-Perry previously served on the faculty of the University of Chicago, Princeton University, and Tulane University. She serves on several boards and award committees and is a trustee of both The Century Foundation and The Next 100.

She lives in North Carolina with her husband and business partner, James Perry. James and Melissa tackle a number of projects together including the Perry Political Partnership, Anna’s Park Homestead, and rearing two very fulfilling daughter. Read Less ^

*Please note Professor Harris-Perry always develops unique lectures for each speaking engagement based on the needs and goals of the event.

"Dr. Harris-Perry was a skillful and compelling moderator for our Forum. She guided the conversation through a lot of tough topics, and found moments or humor and poignancy along the way. And, she was fun and professional to work with. Dr. Harris-Perry is so good at what she does and totally fun to work with."

"Melissa Harris Perry was fabulous and everything went superbly! Thank you so much for everything you did to make this happen. And I can’t tell you how awesome Melissa was. She made our 50th Anniversary amazing! We truly appreciate, everything!"

"Melissa was everything we expected and more. She brought out a crowd that we have never seen at Sarah Lawrence and provided such an engaging, life changing presentation for all that were there. I would love to bring her back for part II. She is truly phenomenal and the best at what she does."

"She is one of the best speakers I’ve ever heard!!! Just wonderful!" 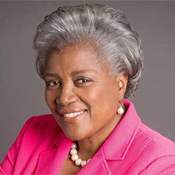 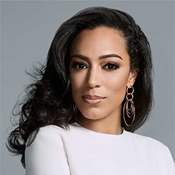