Recently named by Fortune Magazine as one of the Top 50 World’s Greatest Leaders, a recipient of the Muhammad Ali Humanitarian of the Year Award and listed as one of the world’s most influential creative people by The Creativity 50’s, Mick Ebeling has sparked a movement of pragmatic, inspirational innovation. Ebeling is a film/television/commercial producer, philanthropist, technology trailblazer, author, entrepreneur and public speaker. Ebeling is CEO of Not Impossible, an organization that develops creative solutions to address real-world problems. Read More >

Not Impossible Labs was founded on Mick’s firm belief that nothing is impossible. With no technical background in ocular recognition technology, Ebeling created Not Impossible’s first project: The Eyewriter. An open source, low-cost, DIY device, The Eyewriter enables individuals with paralysis to communicate and create art using only the movement of their eyes. Time Magazine named The Eyewriter one of the “Top 50 Inventions of 2010,” and the device is now part of MoMA’s permanent collection.

Not Impossible’s latest endeavor, Project Daniel, now celebrates it’s 2 year anniversary. The subject of Intel’s “Look Inside” campaign, Project Daniel enabled Ebeling to fly to Sudan to 3-D-print prosthetic limbs and fit them for children of the war-torn region. He then left the equipment behind with trained locals to continue his work, thus creating the world’s first 3-D printing prosthetic lab and training facility. Arms are printed within hours and cost $100. Time Magazine said, “It’s hard to imagine any other device doing more to make the world a better place.” Project Daniel earned many awards, including the Titanium Cannes Lion, along with 3 Bronze Lions (Branded Content, Film, & Cyber), and 1 Gold (Product Design). Project Daniel has also won AICP’s Next Cause Marketing Award, the 2014 One Show Gold Pencil (Design and Intellectual Property & Products, tied for “Best in Show”), the 2014 Silver and Bronze Telly Award, and the 2014 Maker Faire Editor’s Choice Blue Ribbon (Creativity, Ingenuity and Innovation), and was among The Nominet Trust 100, and was nominated at the 2015 SXSW Interactive Innovation Awards (Innovative 3-DIY). The work has been entered into the MoMA’s permanent film archives. Project Daniel had over 1 Billion media impressions in a single year.

On January 6, 2015 Eeling’s first book, Not Impossible: The Art and Joy of Doing What Couldn’t Be Done, hit shelves. The book recounts his life experiences, The Eyewriter, and Project Daniel. Deepak Chopra calls it “the template for a new science of consciousness,” and Jillian Michaels refers to it as, “a road map to changing your life by changing the lives of others.” Read Less ^

Take a Hollywood producer, a NY professor, a fine artist and a hacker with a criminal record…Put them together and what do you get? A device that helped a paralyzed man create drawings using only the movement of his eyes. Collaboration comes in many form, some of them unexpected. In this talk, Mick discusses the tools necessary to become a stellar collaborator, and to recognize the traits of collaboration-worthy individuals for your next big idea.

Making the Next Industrial Revolution

Industrial Revolution 2.0 — it’s the next turning point in human history and we’re right in the middle of it. Industrial Revolution 2.0 has been about the birth, adolescence, and young adulthood of the Internet. It’s been about communicating, relating, evaluating, and BUYING. From social media to the Maker Movement, this “revolution” has shifted the way we live, work, and interact with one another. It revolves around the newfound global accessibility to making our own solutions. Having created one of Time Magazine’s “Top 50 Inventions” with little more than $70 of over-the-counter supplies, Mick outlines the contributing factors that make this the most exciting time in modern history and how to capitalize on it for social and business good.

Everyone’s an innovator — but whether they know it or not is another story. Creative thinking takes place daily in business, family life and in relationships. Believe it or not, it can be taught. If we can teach our business leaders this process of innovation, our businesses can drive sustainable growth for years to come. Mick shatters the myths about what it takes to make a great innovator and provides useful techniques and solutions for teaching the art of innovation to improve your career and your life.

Open Source for the Classroom

“Creativity is as important as literacy,” says Sir Ken Robinson. If we can teach our children to innovate and the skills and process of innovation, we can give them the tools they need to achieve great things. Since every new invention is built on the framework of existing ideas, when information is shared freely between thinkers, radical new ideas can emerge at light-speed. Some of the most thought-provoking new inventions are coming from today’s high school and college students—due in large part to the unprecedented access they have to the research of their predecessors. How can we build curricula that stimulate today’s bright young minds? Answer: supplement the learning experience with open source ideas and technology.

What it Means to be a Maker

Contrary to popular belief, the Maker Movement is not just tech junkies in basements. On the contrary, it’s filled with artists, designers, writers, and thinkers. Makers are simply people who see a need for a solution and take the time to fill the void. Hacks, adaptations, and DIY innovation are the byproducts of regular people with creative solutions for everyday problems. In this presentation, Mick discusses the five core traits that make a Maker and how to develop those traits in yourself.

Great minds think alike. And today’s technology connects great minds at the speed of electricity. In the pre-internet era, learning was largely predicated on, or a result of, geographical access to teachers and institutions. Today, due to our near-immediate access to news and information, it is nearly impossible to not be inspired and affected by what’s happening in other cultures, time zones and schools of thought.  This access, and the natural human tendency to want to share information, is at the heart of the open source movement.  The goal of this talk is to inspire participants to create change and solutions within their own classrooms and communities by learning how to be part of the open source community.  Thru discussion and collective brainstorming, each participant will walk away with the foundation for their own open source project.

The Fallacy of “Impossible”

Since the launch of the Eyewriter and Not Impossible Foundation, Mick has passionately studied the concept of “Impossible.” All the modern conveniences we see around us were once considered “impossible” by people who didn’t know any better. Synthetic fabrics, cell phones and digital watches (not to mention cars and computers) were all figments of the imagination until inspiration met execution and the impossible became a reality. In this talk, Mick dives deeper into “Impossible,” the underlying psychological affects it has on an organization, and how to overcome “Impossible” so true innovation can take place.

"We were proud and happy to have had Mick speak about his EyeWriter project at CreateTech. It tied together the themes of our creative technologies conference in a wonderfully motivating way. It was the most authentically inspiring presentations I’ve heard in a long time."

"Thanks so much for suggesting Mick. He was just the break our attendees needed! His energy, passion, and dedication were thoroughly enjoyed by our attendees. He received a standing ovation and lots of questions afterwards."

"Thank you so much for being a part of our Pride in Execution Meeting. Everyone was buzzing about your presentation and what a tremendous impact it had. It was definitely the inspirational message I wanted to close our 'think differently' theme and meeting. Thank you for showing us the impact of helping just one person. I look forward to working with you again in the future."

"I wanted to take a moment to thank you for being part of the Washington Ideas Forum. You added so much to the day. Your presentation stole the show. We’ve been talking about it non-stop. What a stunning example of how technology can change lives. Thank you again for your time and enthusiastic participation. My Atlantic colleagues and I all look forward to seeing you again soon."

Not Impossible: The Art and Joy of Doing What Couldn't Be Done

Getting Up: The Tempt One Story 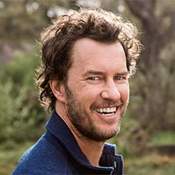 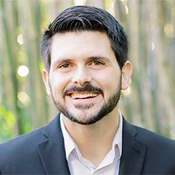