Mindie Kaplan is considered tech royalty as a serial entrepreneur, brand consultant, VR/AR specialist, tech wizard and digital media exec. Her huge following and a background in technology and branding for Microsoft, Nissan, and several others has made her a trusted thought leader. Kaplan’s career launched 15 years ago in the corporate world and later became the creator and host of the Chicago Sun Times series, “Happy Hour with Mindie,” and she has since become well known interviewer and blogger.

As an early adopter of virtual reality, Mindie is leveraging the new technology to reach audiences in an exciting and creative way. In her newest web series for various publishers, Mindie combines her exceptional journalism skills with her knowledge of emerging technology to interview fellow web stars in unique environments, such as inside a hot air balloon shot in virtual reality. She is also the CEO and Founder of Rated VR, a strategy agency that helps companies and agencies integrate their brand narratives into the new technology. Mindie continues to leverage emerging trends through a media perspective to create engaging opportunities for both viewers and clients.

Mindie is also an expert on augmented reality, mixed reality and artificial intelligence, which allows her to explain complex subjects to anyone and connect with a variety of audiences. She is a passionate advocate for women in tech and believes that diversity can benefit the workplace in addition to creating an environment that nurtures creativity and efficiency. Whether she's speaking or moderating a panel, her cutting edge insights into new media and the future are valuable for professionals from every industry. Read Less ^

The Metaverse: Why It Matters Now

WTF is the Metaverse? We'll do a 101 deep dive to get you prepared for what's to come and understand why Facebook is investing $50mm to create our next Web 3.0. We'll show you how brands are starting to innovate now, how you can jump in and take you on an interactive ride.

What does the Metaverse even mean and why should we care?! If Facebook is investing $50mm and changing their name around it, it's time to prepare for Web 3.0. This will change how you do business, how you live and how you advertise and reach consumers. We'll delve into where it is now, where it's going and what this will mean in our continuing innovation and evolution.

A Conversation with Mindie Kaplan, the VR Whisperer 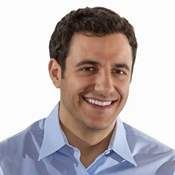 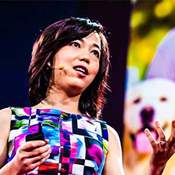