Oscar Arias, two-time President of Costa Rica and 1987 Nobel Peace laureate, holds international stature as a spokesperson for the developing world. Championing such issues as human development, democracy, and demilitarization, he has traveled the globe spreading a message of peace and applying the lessons garnered from the Central American Peace Process to topics of current global debate.  Read More >

The New York Times reported that Oscar Arias’s “positions on Central American issues have become the standards by which many people in Congress and elsewhere have come to judge United States policy.” In a similar way, he has come to take a leading position in international forums and discourse.

As president, Dr. Arias drafted the Arias Peace Plan, which was signed by five Central American presidents on August 7, 1987, and established peace in the region. That same year, he was awarded the Nobel Peace Prize and used the monetary award to establish the Arias Foundation for Peace and Human Progress, which promoted equal opportunities for women in all sectors of Central American society, fostered change-oriented philanthropy in Latin America, and worked for demilitarization and conflict resolution in the developing world.

Dr. Arias was a visible president, frequently venturing out in public on his own to listen to the concerns of the citizenry. He remains “a man of the people” today and carries a sincere message of solidarity and partnership, to counter the growing threats faced by all nations today and to initiate an era of peace and prosperity for all humankind.

Dr. Arias assumed office at a time of great regional discord. The fall of the Somoza dictatorship in 1979 and the introduction of the Sandinista regime in Nicaragua had already been a source of contention in Central America. The ideological and military interference of the superpowers, still entrenched in the Cold War, threatened to broaden this conflict in both scope and definition. Such intervention heightened the state of civil war that had claimed more than 100,000 lives in Guatemala. It aggravated internal unrest in El Salvador and Nicaragua, as well as border tensions between Nicaragua and its neighboring states, Honduras and Costa Rica. Despite the previous presidential administration’s decision not to become embroiled in the growing conflict, Costa Rica’s involvement seemed almost unavoidable. In the face of these threats, Dr. Arias intensified his efforts to promote peace.

Even before assuming the presidency, Dr. Arias traveled throughout Central and South America to personally invite the Latin American heads of state to visit Costa Rica for his presidential inauguration. On the day he took office, the presidents of nine Latin American countries met in San José. In this meeting, Dr. Arias called for a continental alliance for the defense of democracy and liberty. He affirmed the principles that all Central Americans were entitled to the same liberties and social and economic guarantees of democracy, that each nation had the right to select, through free and fair elections, the type of government that could best meet the needs and interests of its people, and that neither armies nor totalitarian regimes were entitled to make this decision. At that moment, Costa Rica, led by Oscar Arias, assumed an active role in the search for democracy and peace for the countries of the region.

Dr. Arias has received approximately 70 honorary doctorates from colleges and universities such as Harvard, Princeton, Dartmouth, Oberlin, Marquette, Washington University in St. Louis, and Carleton University in Ottawa. He has also received numerous prizes, among them the Martin Luther King Jr. Peace Award, the Liberty Medal of Philadelphia, the Jackson Ralston Prize, the Prince of Asturias Award, the Albert Schweitzer Humanitarian Award, and the Americas Award.

While Oscar Arias is best known for his international efforts, he is also lauded for his capable management of the Costa Rican economy. Dr. Arias believed in minimal government intervention and bureaucracy as a means to a prosperous economy. Under his leadership, Costa Rica’s economy thrived and served as a model for neighboring countries. During his term of office, Costa Rica maintained its stronghold as the richest country in the region, with the healthiest economy and highest standard of living. The gross national product increased by an average of 5% per year during his first term in office, and the unemployment rate was reduced to 3.4%, the lowest in the hemisphere. This superior economic growth was balanced by a strong social welfare program that included, among other projects, an initiative to provide housing to the poor.

Following the conclusion of his first term in office in 1990, he continued to promote such innovative ideas as human security, global governance, and human development. By bringing human concerns to the forefront of the international agenda, he provides a link between the impoverished South and the developed North, between the more politically stable West and the conflict-ridden East.

In 2006 he was elected to a second term as President, becoming the first Nobel laureate in history to be elected to a nation’s top office after winning that prize. During his second administration, he ensured that Costa Rica made decisions aligned with the changes taking place in the world. Abandoning prejudices and outdated models of the 20th century, he restored the confidence of the Costa Rican people, discredited indecision as a strategy for confronting problems, and rejected the thesis that forward progress cannot be made without consensus. He was convinced that if, in his first administration in the 1980s, the eyes of the world turned to Costa Rica to resolve the armed conflicts in Central America, in the 21st century the eyes of the world should turn to Costa Rica as a center for trade and investment. For that reason, in his second administration, he multiplied by six the country’s infrastructure spending. He created the “Avancemos” (Let’s Move Forward) program, which offers a monthly stipend to mothers who ensure their children do not drop out of high school, and assigned more than half of the national budget to social programs to improve the well-being of the country’s neediest citizens. He approved a free-trade agreement with the United States while negotiating additional treaties with the European Union, China, Singapore, and Panama; lifted the state monopolies on insurance and telecommunications; and initiated diplomatic relations with China, Cuba, and many moderate Arab nations. Finally, he continued to work tirelessly on behalf of an International Treaty on Arms Transfers and the Costa Rica Consensus, a strategy to award international aid to developing nations that spend more on healthcare, education, and the environment, and less on arms and soldiers.

After leaving office in 2010, Dr. Arias has dedicated his time to the Arias Foundation for Peace and Human Progress, which seeks to build an international Conflict Resolution Center in Costa Rica. Read Less ^

The Dividends of Peace

The Struggle for Peace & Justice

Arias discusses setting the struggle for peace within a context of a rapidly changing and globalizing world. He believes that the idea of real peace in the new millennium will only be achieved by promoting human security. Arias shares the key challenges of poverty and inequality and explains why these issues affect wealthy countries as well.

Asked often to speak about Latin American affairs, Arias addresses topics such as debt forgiveness, the fight against corruption, and the struggle to reduce militarism in the region. He also talks about fostering a healthy relationship between the U.S. and Latin America.

Arias specifically addresses how public officials, community leaders, and business representatives must respond to the challenges of the present day by embracing ethics of service, humanism, and non-violence.

Priorities & Ethics for the 21st Century

"Things worked out exceedingly well from our end. Dr. Arias was very gracious and giving of his time. Both his speech at the college in the morning and his speech later that evening at the Hispanic Center banquet were very well received and very well attended. I believe Dr. Arias also felt well taken care of. He was a pleasure to host." 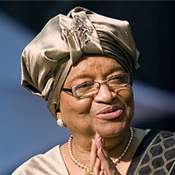