Journalist and author Ray Suarez is the co-host of WorldAffairs, produced by the World Affairs Council and distributed to public radio in the United States by KQED-FM. He also covers Washington for the English-language all-news network Euronews. Since launching Brooklyn Boy Productions in 2019, he has created content for public radio and television, The Washington Post, The Independent (London), The Philadelphia Inquirer, Pew Research, Knowable, “America in One Room,” Hispanics in Philanthropy, Slate, The Nation, Hearst TV, AlterNet, CityPaper, The Annie E. Casey Foundation, the American Communities Project, and the Economic Hardship Reporting Project, among others. Currently under contract to Little, Brown, his next book, on modern immigration to the US, is scheduled for publication in 2023. Read More >

In 2018, Suarez completed an appointment as the McCloy Visiting Professor of American Studies at Amherst College. From 2013-2016 he was the host of Al Jazeera America’s daily news program, Inside Story. The program covered a wide array of national and international news stories, from the rise of Donald Trump to long-term unemployment to the Russian seizure of the Crimean peninsula to the arrival of the zika virus on US soil.

Before going to AJAM, Suarez spent 14 years as a correspondent and anchor at public television’s nightly newscast, The PBS NewsHour, where he rose to become chief national correspondent. During his years at The NewsHour, Suarez covered the 9/11 attacks on New York and Washington, four presidential elections, reported from the floor of seven party political conventions, moderated two presidential primary candidates’ debates, reported from the devastating Haitian earthquake, the 2006 Mexico elections, the H1N1 virus pandemic in Mexico, and the explosion of tuberculosis/HIV co-infection in South Africa among hundreds of others.

Suarez came to The NewsHour from six-and-a-half years as the Washington-based host of NPR’s Talk of the Nation. During his time as host, the program’s carriage more than doubled to more than 150 radio stations, and the audience more than tripled in size. The New York Times called Suarez the “thinking man’s talk show host,” and “a national resource.” The magazine Utne Reader called him a “visionary.” Talk of the Nation made history, broadcasting live coast to coast across South Africa and across the United States, connecting two national audiences to talk about the post-apartheid future during the first elections after liberation. During Northern Ireland’s first Christmas at peace after decades of The Troubles, Talk of the Nation became the first radio program ever simulcast over Ireland’s RTE, Britain’s BBC, and NPR in the United States.

Along with his years of daily deadline journalism, Suarez has done extensive work in long-form broadcast storytelling. He was the on-camera narrator and co-writer of Jerusalem: The Center of the World (PBS, 2008). He hosted and reported the documentary on the rise of worldwide viral illness, Anatomy of a Pandemic (PBS, 2009), hosted Homeland, the public television series on illegal immigration (PBS/KETC), co-hosted the PBS 1998-99 series on campaign finance reform called Follow the Money, narrated National Geographic’s nature series Animal Genius, hosted a series of programs on end of life decision-making With Our Eyes Open (KQED, 2000), and a multi-year series on American democracy, By The People (MacNeil/Lehrer Productions 2002-04). Suarez hosted the long-running foreign policy documentary series America Abroad on public radio, the weekly Latino politics program Destination Casa Blanca for HITN-TV, and the radio documentary series American Radio Works, syndicated nationwide by American Public Media.

In 2004, and again in 2008, Suarez moderated presidential candidates debates broadcast on PBS, Univision, BET, and HDnet.

Earlier in his career, Suarez was a general assignment reporter for the NBC owned-and-operated WMAQ-TV in Chicago, a Los Angeles Correspondent for CNN, a producer for the ABC Radio Network in New York, and a reporter for various British and US outlets in London and Rome. During his years in Europe he covered the attempted assassination of Pope John Paul II and the trial of his assailant Mehmet Ali Agca, the release of 52 American hostages from Iran, the rise of the Solidarity trade union movement in Poland, and the wedding of Britain’s Prince Charles to Lady Diana Spencer.

During his decades as a broadcaster, Suarez also did extensive work as a writer. He wrote the 2013 companion volume to the PBS documentary series, Latino Americans. In 2005 he published an examination of the tightening relationship between religion and electoral politics, The Holy Vote: The Politics of Faith in America. His first book looked at the decades of disinvestment and white flight in urban America, The Old Neighborhood: What We Lost in the Great Suburban Migration (Free Press, 1999). In September, 2019, the New Press published Truth Has a Power of Its Own, a book featuring conversations about American history between Suarez and historian Howard Zinn. He is currently working on his next book for Little, Brown, tentatively titled We Are Home, telling the stories of modern immigrants to the United States and the demographic, and cultural change they are bringing to the country.

His writing has also been included in many other books, including The Good Fight: America’s Ongoing Struggle for Justice (Against All Odds, 2017), What We See: Advancing the Observations of Jane Jacobs (New Village Press, 2010), How I Learned English: 55 Accomplished Latinos Recall Lessons in Language and Life (National Geographic, 2007), Brooklyn: A State of Mind (Workman, 2000), Saving America’s Treasures (National Geographic, 2000), and Las Christmas: Favorite Latino Authors Share Their Holiday Memories (Vintage, 1998), among others. Suarez also wrote the entry on religion and politics for the Oxford Companion to American Politics published in 2012. His essays, op-eds, and criticism have been published in The Washington Post, The Chicago Tribune, The New York Times, and The Independent (London).

Over the years many organizations and institutions have recognized and honored Suarez and his work. He was a co-recipient of two DuPont-Columbia Silver Baton awards at NPR, for coverage of the 1994 South African elections, and the Gingrich Revolution and the 1995 Republican takeover in the US House of Representatives. UCLA’s School of Public Policy awarded Suarez its Public Policy Leadership Award for his coverage of urban America, and his coverage of global public health has won national and international citations, including the Edwin Hood Award for Diplomatic Reporting from the National Press Club, a national Emmy nomination, and nine CINE Golden Eagle Awards. His innovative 2010 program “America Speaks to BP” won the Webby Award for live online events. The National Council of La Raza (now UNIDOS US) gave Suarez its Ruben Salazar Award, and the National Association of Hispanic Journalists inducted him into the organization’s Hall of Fame in 2010.

As a Media Fellow, he has been a frequent presenter, speaker, and moderator at the World Economic Forum in Davos, Switzerland. He has also been a featured speaker at the Aspen Ideas Festival.

Suarez holds a BA in African History, from New York University, where he won the Parke Honor in History and the K.Y. Daaku Prize in African Studies. He began his studies at the University of Chicago after winning a Benton Fellowship there in 1991, and later completed an MA in the Social Sciences. In 2005 NYU named Suarez a Distinguished Alumnus of the College of Arts and Sciences. He holds 16 honorary doctorates from colleges and universities across America.

An active layman in the Episcopal Church, Suarez has also been a sought-after writer and speaker on religious topics. He most recently published a series of devotional texts for the Christian season of Advent in Soul Proclamations (Forward, 2015). His essays on the Gospel’s Passion narratives were included in A Journey With Matthew: The 50-Day Bible Challenge. He currently serves as a member of The Chapter, the board of trustees of Washington National Cathedral.

A native of Brooklyn, New York, Suarez lives in Washington, DC. He and his wife Carole are parents to three adult children. Read Less ^

How Latino Americans Shaped the U.S., Fought for Acceptance

The Impact of Religion in Politics

The US Census Bureau projects that sometime in the mid-2040s a majority of Americans will trace their ancestry to Africa, Asia, and Latin America rather than to Europe. You might have predicted one kind of cultural shift in November, 2008 when Barack Obama was elected, and find yourself anticipating a different march to that next America today, with President Trump in the Oval Office. Americans under- and oversell how the country will change when this historic shift occurs. I’ll take you on a tour of that next America, and how we get there.

Who do you believe? How do you make up your mind what’s happening in the country? For much of the last century, the American news business was a model for the rest of the world. American reporting was diverse, free, unregulated and guided by an evolving set of professional norms that gave it great credibility. What happened? Public confidence in the news business has cratered, and a parallel business has risen to become its rival, filled with invention, lies, distortion and the quiet goal of sowing confusion and continuing doubt that what is reported is true. It’s been a surprising, and destructive march from The Pentagon Papers to Woodward and Bernstein to the Wild West of information.

The Things I Thought About When My Body Was Surviving Cancer

Every year, 100,000 new cases of colon cancer are diagnosed, sending people’s lives into a whirlwind as they begin treatment and come to terms with their illness. Ray Suarez’s cancer diagnosis propelled him through a cycle of emotions. Anger, sadness, tranquility and dissociation made Suarez wonder if the mind and body were connected. Did his life really belong to him? Suarez grappled with these questions and thoughts as he asserted himself over a disease that seemed impossible to control. In this honest and vulnerable talk, he shares his cancer journey and survivorship, inspiring audiences to reevaluate the meaning of life.

Americans are, and have been for generations, the most religious people in the wealthy, industrial West. But with each new year, more Americans are dropping away from congregational and religious affiliation, and they’re doing it as a speed never before seen in our history. What’s happening inside American religion? Is this is a blip, or just a delayed trip to where our European cousins have been for decades? A more secular America will force changes in our politics, our culture, our charitable sector, and not least…a big change in who we think we are as a people.

The opening shot in the 2020 Elections came in the first week of November, 2018 with the historic midterm elections. What did the balloting tell us about the shape of the knock-down, drag-out fight for the White House next time around? In a challenging, and humorous way, we’ll take the audience out for a run through the changes already under way shaping coming American elections.

"We had a very good turnout — over 300, including many who had never been to any of our events before. That was one of the purposes for inviting Ray — we thought his "celebrity" would expose us to audiences who might not normally notice us. Mission accomplished! Ray was super-easy to work with, very personable and very patient with all of us who wanted pictures taken with him and autographed copies of his book. His remarks were entertaining, challenging and deep. After the formal remarks, we had a Q and A that was lively and highly interactive. All in all, I'd say the whole night was a great success. Thanks to you and your team for helping us to make it happen."

Latino Americans: The 500-Year Legacy That Shaped a Nation 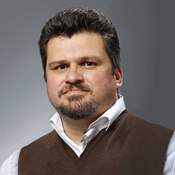