Growing up in the outskirts of Brooklyn in an area dubbed the “murder capital of New York City” at the time and where 70% of the resident are born into poverty, Richard Buery realized there were two cities: One where kids were expected to succeed and given the tools to do so. The other of economic inequality with a school-to-prison pipeline. That is something Buery vowed to change. And he’s made significant strides in improving the lives of New York City families and beyond. In fact, he has spent his career working toward this goal.

Richard is the CEO of Robin Hood, one of the largest anti-poverty forces in the nation. He was the former Chief Executive Officer of Achievement First, a network of 37 public charter schools providing an excellent education to 15,000 students across New York, Connecticut and Rhode Island. He came to Achievement First from the KIPP Foundation, where he serves as Chief of Policy & Public Affairs for a national network of over 224 college-preparatory, public charter schools in 20 states and the District of Columbia educating nearly 100,000 early childhood, elementary, middle, and high school students. He is a Public Service Fellow at the NYU Wagner Graduate School of Public Service and served as Distinguished Visiting Urbanist during the Spring of 2019. He is also a Senior Fellow at the GovLab at NYU, where he advises on projects relating to cities and non-profits, a partner at the Perception Institute, and a distinguished Visiting Professor at NYU’s Tandon School of Engineering. Read More >

Richard previously served as deputy mayor for strategic policy initiatives in the administration of New York City Mayor Bill de Blasio. He managed some of the City’s most successful initiatives, and is credited as the architect of Pre-K for All, which for the first time offers free, full-day Pre-K for every 4-year old in NYC, increasing enrollment from 19,000 to 70,000 children in 18 months and launching its expansion to 3-year olds. The launch of PreK For All is widely recognized as one of the most successful initiatives in the recent history of NYC.

As deputy mayor, he also launched Schools Out NYC, offering free afterschool programs to every middle schooler in NYC; ThriveNYC, a comprehensive effort to improve New Yorkers’ mental health, and the Community Schools Initiative, creating 215 new community school service partnerships during the first term, more than the double the number the Mayor initially pledged to create. He managed a range of city agencies, including the Departments of Probation, Aging, Youth and Community Development, People with Disabilities, and Immigrant Affairs. As leader of the NYC Young Men’s Initiative, he created NYC Men Teach, a historic effort to recruit 1,000 men of color to become public school teachers. He also led the creation of the New York City Children’s Cabinet, the Department of Veterans Affairs, and the Mayor’s Office of Minority and Women Business Enterprises.  Under his leadership, the City exceeded $1 billion of spending with M/WBEs for the first time in its history, double the annual spend before Mayor de Blasio took office. He also managed the City's relationship with the 250,000 student City University of New York System, managing significant investments that improved college persistence for NYC students.

While in college, Richard founded the Mission Hill Summer Program in a Roxbury, Massachusetts housing development, and went on to teach fifth grade at an orphanage in Bindura, Zimbabwe. After serving as a staff attorney at the Brennan Center for Justice at NYU School of Law, Richard co-founded iMentor, a national college access program that empowers low-income first-generation high school students to graduate college, and Groundwork, supporting the educational aspirations of Brooklyn public housing residents. He was the first African-American CEO of the Children’s Aid Society, one of the nation's oldest and largest youth-serving organizations, and the youngest leader since its founding in 1853.  At Children’s Aid, he expanded early childhood programs, opened a state-of-the-art community health clinic, and co-founded South Bronx Rising Together, a network of neighborhood residents and program providers collaborating to build pathways of success for youth from cradle through college, and the Children’s Aid College Prep Charter School, providing students a rigorous instructional program supported by expanded learning opportunities and a comprehensive set of student support services.

A 2016 Pahara-Aspen Institute Education Fellow, and a 2012 Fellow of the British American Project, he was named one of Ebony Magazine’s “30 under 30,” and Crain’s “40 under 40,” and received the Extraordinary Black Man Award for Humanitarianism from the United Negro College Fund. He is a proud recipient of the Ellis Island Medal of Honor. He has taught social entrepreneurship and nonprofit financial management at the Baruch College School of Public Affairs and New York Law School, and serves on the boards of the Kresge Foundation, iMentor, and New York City Head Start.

Richard is a graduate of Yale Law School and Harvard College. Read Less ^

For Richard Buery, CEO of Robin Hood, it all started during his sophomore year in college. He created a summer camp for kids at a housing project in Roxbury, Mass. Suddenly, he was in charge. He had to talk parents into letting him take care of their kids and convince employees this was a great summer job, he told The New York Times. In addition, he had to have enough confidence about the program and himself to raise funds. His organization was a success and he fell in love with social entrepreneurship — the idea that anything is possible, including fixing problems — with the right type of leadership. Read More >

In this moving presentation, Buery shares the leadership lessons he’s learned through the years, including the importance of:

Whether you are a longtime leader or someone who is just starting your career, this is a presentation that will motivate you to do better, be better and make a difference in the world. Read Less ^

If there is anything that the global pandemic and the national conversation on social justice have taught us is that our problems can’t be fixed by the government alone. Companies need to wrestle with the parts they play in American history when it comes to racial justice, diversity, equity and inclusion. In this powerful talk, Richard Buery, CEO of Robin Hood, discusses how companies can go beyond traditional corporate social responsibility and philanthropy, and how managers can learn to lead with purpose to reach these goals and provide equitable opportunities for all. He shares powerful examples of companies that are incorporating social and environmental concerns in their businesses, as well as contributing to the well-being of communities and society as a whole. When led well, corporations can play a significant role in helping solve today’s biggest problems — making the world a better place for everyone instead of a select few.

Finding a Career That Makes You Better

Did you know that more than 50% of U.S. workers are discontented with their jobs, according to a joint study by Lumina Foundation, the Bill & Melinda Gates Foundation, Omidyar Network, and Gallup? The good news is that it doesn’t have to be that way. Richard Buery, CEO of Robin Hood, talks to students about choosing a different path — one where they can find meaning and purpose through careers in service, activism and volunteering. He’ll share his own story, from starting a summer program for kids while still in college to his personal journey and career as a non-traditional lawyer. Service, he says, helps give significance to your life. By choosing this path, students can help make a difference, where diversity, equity and inclusion are as common as a No. 2 pencil in elementary school.

As a kid growing up in poverty-stricken East New York, Richard Buery quickly learned that opportunities and other resources are not created equally or equitably in America. It became even clearer when he was accepted at Stuyvesant in Manhattan — a highly ranked, specialized high school. For the first time, he was going to school with kids who did not look like him and receiving an education, where 99 percent of the students went to college. He knew the kids in his neighborhood weren’t any different than those who attended Stuyvesant in any way that mattered. And yet, they were treated differently with little or no opportunity. In this talk, Buery shares his personal journey and his work on making education more equitable: from expanding childhood programs to being the architect of New York City’s highly successful Pre-K for All program to building pathways to success for those children who did not have the same educational opportunities as others. As educators, you can make a difference. Buery offers the inspiration, tools, including greater community engagement, and solutions to help you get started. 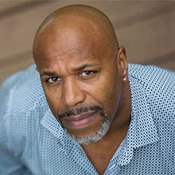