Rita Moreno has won all four of the most prestigious awards in show business: an Oscar, a Tony, two Emmys, and a Grammy. Her countless credits span more than seven decades, beginning with her Broadway debut at age 13. Moreno has starred on Broadway and London's West End, appeared in more than 40 feature films, and countless television shows, and has performed in numerous regional theaters including her one woman show, Life Without Makeup at the Berkeley Repertory Theatre. Read More >

Moreno recently co-starred in the critically acclaimed Latinx reimagining of Norman Lear’s classic sitcom, One Day At A Time. Her documentary Rita Moreno: Just a Girl Who Decided to Go For It, for American Masters Pictures had its world debut at Sundance Film Festival earlier this year. The film will have a theatrical release and will broadcast later this year on PBS. Moreno also co-stars and is an Executive Producer of the Steven Spielberg remake of West Side Story, scheduled for December 2021 release. Moreno headlines as a guest artist with symphony orchestras as well as performs lectures and speaking engagements around the country.

Recipient of the Peabody Career Achievement Award and the Kennedy Center Honor for her lifetime contributions to American culture, she was also honored by her peers as the 50th recipient of the Screen Actors Guild Life Achievement Award. She recently served as Grand Marshal of the Rose Parade and the National Puerto Rican Day Parade.

Moreno’s first ever all-Spanish language album, Una Vez Más, was produced by her good friend, Emilio Estefan and she is a New York Times bestselling author with her first book, Rita Moreno: A Memoir published by Celebra Books.

You might say the average 84-year-old doesn’t wear a black leather jacket, skinny pants and boots studded with silver, but Rita Moreno – one of only 12 entertainers to win an Emmy, Grammy, Oscar and Tony award –and a recipient of the Peabody award, is no ordinary 84-year-old. Moreno is a unique talent who has not only broken barriers, but whose career continues to thrive six-plus decades after her acting debut. And if you think she is slowing down, Moreno will tell you there’s no such thing as too old for anything and that you should never limit yourself because of a number. “You have only one life to life, so Live it.” Moreno’s outlook on life and perspective on getting older is nothing short of inspiring. With her quick wit and candor, Moreno will share stories from her life and still vibrant career, and anecdotes on how to live life to the fullest, embrace change and move through life’s challenges. Whether it's her never-ending positive attitude, her expectation for wonderful things to happen, or the hardships that she has overcome, it certainly seems that Rita Moreno has found the secret for living her best life ever.

Someone who lost both her mother and sister-in-law to Type 2 diabetes, Rita Moreno knows that this disease doesn’t discriminate. A former spokesperson for the American Heart Association, Moreno knows you can not only control the disease, but prevent the onset of diabetes. Consulting a doctor is important, but having the support of family is just as crucial. When her mother was diagnosed, Moreno studied as much as she could to help empower her mother to change her lifestyle to a healthier one. Sharing personal stories, Moreno makes a plea for being your own health advocate and will inspire your audience to make the changes necessary to lead a well balanced life.

The Value of Diversity to our Culture

The Power of Language

A History of the Arts in Film, TV & Theatre

"Her presentation was outstanding!  She provided new and insightful information about show business and the experience of the Hispanics in film.  Most of all, she absolutely captivated the audience. The excitement and the emotional current in the room were intense.  She connected with the audience in a very personal way that was rewarded by a genuine outpouring of affection during the Question and Answer portion of the program."

"You were dead on with your recommendation!  Rita Moreno was so great and really did a great job of connecting what we do at the YW with her speech.  People really loved her and she made them laugh.  She is super easy to work with!  Thanks again.  Start thinking of folks for 2006!!"

"Our luncheon was great! Ms. Moreno was a wonderful speaker. She is also a really friendly and fun person to be with, and we especially enjoyed her warmth, openness and easygoing attitude with sponsors, attendees, etc. She is definitely one of our favorites thus far!" 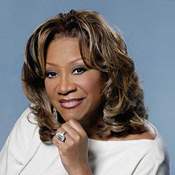