The anchor of Morning Express with Robin Meade, airing on CNN’s spinoff news channel HLN, Robin Meade has reported on many of today’s most pressing issues – from politics and world events to momentous pop culture occurrences. Read More >

Among other stories, Meade anchored the network’s coverage of the wars in Afghanistan and Iraq, the January 2009 inauguration of President Barack Obama, and the July 2009 coverage of Michael Jackson’s memorial event. In July of 2008, she scored the exclusive first interview with freed American hostages – at their request – after their release from Fuerzas Armadas Revolucionarias de Colombia captors.  In June of 2009, Meade performed a tandem skydive with President George Herbert Walker Bush in Kennebunkport, Maine, to commemorate President Bush’s 85th birthday.

Meade is the face of HLN’s “Salute to Troops” segment, a daily message to US troops that uses photos and videos sent in by their loved ones.  She also co-hosts, with Dr. Sanjay Gupta, Turner Private Network’s AccentHealth, a program focused on consumer-related health stories that is offered in physician waiting rooms.

Before joining CNN, Meade worked at NBC Chicago affiliate WMAQ-TV where she co-anchored the weekend newscasts and also served as a general assignment correspondent for the station.  Before that, she anchored the morning newscasts.  During her tenure with the NBC affiliate, she covered the 1996 Olympics, which included special reporting on the Centennial Olympic Park bombing.

The recipient of several awards, Meade has won a regional Emmy for her reporting and has been inducted into the Ohio Broadcasters Hall of Fame. Additionally, she was recognized by Lycos as one of the “top 20 most popular television news personalities in the broadcast news industry.”

Meade attended Malone College and Ashland University where she majored in radio/television production, programming and performance and minored in political science. She won Ashland University's Young Alumnus Award for her achievements in broadcasting and served as the commencement speaker for the university’s 2005 graduation ceremonies.

Meade's first book, Morning Sunshine! How to Radiate Confidence and Feel It Too, was released to instant success and quickly became a New York Times bestseller. The book provides readers a firsthand approach to building confidence, and offers a glimpse at the young woman who came out of nowhere to become one of the most popular news anchors on television today. Read Less ^

Mixing the stories of modern women such as the first female racecar driver and the first female war correspondent, as nominated by viewers of Meade’s Breakthrough Women series on HLN, with well-known female figures from American history, this engaging, multimedia presentation incorporates video, sound bytes, pictures and slides. Read Less ^

“No!” Is a Complete Sentence (And Other Ways to Balance Your Life)

Relating her personal experience of all work and no play, which helped lead to debilitating panic attacks, Meade guides the audience through tips to win over peers at work without alienating your true self and your life outside your career. This valuable presentation includes advice about setting boundaries while still being a team player and goal-oriented person.

Frenemies: Fielding Criticism from Friends Who Are Really Enemies

What is a “frenemy?” How do you identify one at work or in your personal life? Meade shares stories of the impact frenemies have had in her own life.  She imparts a fascinating point: when a person criticizes you, it is the result of their own self-esteem and usually has nothing to do with you.  A liberating dialogue, especially for teens and young women, this presentation includes tidbits on how to use a frenemy relationship for your own benefit.

We all have reasons to feel good about our abilities.  However, somewhere along the way we tell ourselves little lies that eventually become our story, such as “I can't do math,” “I'm not successful,” or “I will never have money.” Read More >

None of this has to be true. If you do an honest self-appraisal you will find all kinds of reasons to feel good about yourself and your abilities. Meade describes the “shapeshifting” she went through to win over others, how she slowly lost her self-image, and how she eventually experienced panic attacks on-air. She outlines how she was able to think her way back to self-esteem by doing a deep self assessment, and guides the audience through one as well. Read Less ^

"Meade is as warm and approachable in person as she seems on television - just more animated and even chattier…Meade means what she says and says what she means."

- University of Alabama at Birmingham

Morning Susnhine!: How to Radiate Confidence and Feel It Too 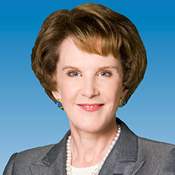