To thousands of youth across America, Saul Williams has defined and redefined poetry as an accessible and living art form. Who he is and what he does vary by mod, mood and mode of expression. He does much more than write, act and perform: He is a true artist. Read More >

His poetry has served as the archetype for a new generation of poets and spoken word artists. His groundbreaking work as a writer and actor in the critically acclaimed film Slam (Sundance’s Grand Jury Prize ’98; Cannes’ Camera D’Or ’98), which recently celebrated its 15 year anniversary, placed him as a figurehead of the spoken word/slam poetry movement. Now, it has spread across the United States and culminated in such commercial successes as Def Poetry Jam.

Currently the star of the first hip-hop musical in Broadway history, Holler If Ya Hear Me—a non-biographical story using Tupac Shakur’s music and lyrics—Williams is the author of the poetry collections said the shotgun to the head., She, The Seventh Octave and his latest, Chorus: A Literary Mixtape. His book The Dead Emcee Scrolls: The Lost Teachings of Hip-Hop gives readers a tour of the history of hip-hop. In 2013, he signed a new book deal with MTV Books, in which he will write poetry about his impressions of America after four years of living abroad, in the tradition of Walt Whitman and Allen Ginsberg's "America" poems. His writings appear in several anthologies and periodicals such as Catch the Fire and The New York Times. In 2013, he starred in Alain Gomis' TEY, later becoming the first African-American to win Best Actor at FESPACO, the largest and oldest film festival in Africa. The movie also won Best Film.

His musical debut in 2001, Amethyst Rock Star, was produced by legendary rock/hip-hop producer Rick Rubin and received high praises, such as Album of the Year by The Times of London. In November 2007, Williams released his third album, The Inevitable Rise and Fall of Niggy Tardust, produced and backed up by Trent Reznor of Nine Inch Nails. In November 2011, he released Volcanic Rock, featuring the soulful, beat-driven track “Explain My Heart,” which was featured in an Adidas commercial for Smart Soccer and more recently, in Aujourd’hui, a film by Senegalese director Alain Gomis starring Williams. The film, which follows Williams’ character during the last 24 hours of his life, premiered at the Berlin Film Festival in February 2012. Recently, he signed a deal with Fader for a new album, titled Martyr Loser King, to be released in 2015. The music from the album is the soundtrack to the musical Williams is writing, of the same name, which will premiere in New York at the same time as the album. Martyr Loser King is being written and recorded between Senegal, Reunion Island, Paris, Haiti, New Orleans, and New York, and it is a multimedia project engaging digital dialogue between the first and third worlds.

Williams has contributed his skills to the Not in Our Name pro-peace initiative. His draft of their Pledge of Resistance served as a manifesto for millions across the world who have sought to stop the war in Iraq and Afghanistan. Williams has also headlined the sixth annual MTN Bushfire Festival of the Arts, a three-day music, theatre, fine arts, film and multicultural event in Swaziland that gives 100 percent of its proceeds to the children of the AIDS-ravaged country.

Williams has performed in over 30 countries and read in over 300 universities and colleges in the US and abroad. He is the nation’s youngest poet to have his writings added to the curriculum of dozens of high schools and colleges across the country. He has received invitations from the White House, the Sydney Opera House, Lincoln Center, the Louvre, the Getty Center, Queen Elizabeth Hall, and countless villages, townships, community centers, and prisons across the world.  As a creative person, Williams encourages audiences to value the art of self-expression. Sharing personal triumphs and tribulations, he illustrates how his heightened experience has fueled his understanding of love, compassion and humanity.

Williams is a Newburgh, New York native with a BA from Morehouse, and an MFA from Tisch. Read Less ^

An Evening of Poetry

The Evolution of Hip-Hip

The Connection Between Hip-Hop & Poetry

"The event was the best event we had all year. His performance was amazing and he interacted well with everyone. It was a shame he had to leave for his flight but he went beyond expectations."

"We had almost 900 students and campus community attend, which for us is an indescribable success.  Moreover, the feedback from the event was fantastic.  Students left feeling inspired, informed, and transformed."

"Saul Williams was enlightening, funny, poignant, and just down right talented! At the culmination of the evening, Saul signed autographs, shook hands, and took photos with audience members. We’ve heard nothing but positive feedback about his humility, knowledge, and thought-provoking insight. We were so fortunate and humbled to be given the opportunity to host such an amazing individual."

"Yes, everything was fantastic! Actually, it was the best attendance we have Ever had on this campus... so, we are MORE than pleased. Awesome show, awesome turnout and Saul was a pleasure to work with."

"Thanks so much for checking in with me.  Although I expected Saul's performance to be powerful, I did not expect him to be so incredibly kind.  It was truly a delight to work him and the student's an overwhelming response to the program."

"His performance was spectacular.  We had a huge turnout, much larger than we’ve had in a while for an event like this at Santa Clara.  He completely surpassed the expectations of everyone in attendance, including myself—he was absolutely phenomenal.  The crowd was blown away."

"Saul was phenomenal and we couldn't have asked for a better poet.  In fact, during my four year affiliation with the university, I would have to say he was the best performer we have had over that time.  I thank you for your assistance in getting Saul to come to Notre Dame."

"I would just like to say that having Saul as our guest was one of the best experiences I have had at the university.  He was down to earth and "real" and was willing to interact in a very real way with the students.  They are used to having speakers that are separated from them, but Saul was not in any way like that.  I would recommend him to any group or school that wants a great experience.  Thanks."

"Saul's presentation was incredible!  We were extremely pleased with his performance.  Everyone in attendance was positively impacted.  I know that I was deeply motivated both personally and professionally.  Saul took time to visit with any students that were interested after the program.  As you might imagine, that was quite a few.  I was truly impressed with his willingness to take time to visit with so many students.

This was a very uplifting and necessary event for our university.  I appreciate all you did to help make this happen.  Bill Magner was also extremely helpful in the process.  Thank you as well, Bill.  We look forward to working with your agency in the future."

"We had an absolutely incredible event. Saul was a wonderful guest, and among the best speakers we have had in Charlottesville that I can remember." 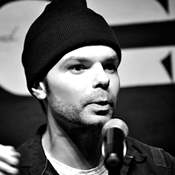