His early educational experiences made him realize the deep reservoir of untapped potential of students, including bright and creative children who have been diagnosed with a learning disability. Today, Kaufman shares the science of thriving at work and growing from setback as well as how to foster self-actualization and creativity in the workplace and in education.

His latest book Transcend: The New Science of Self-Actualization, presents a new hierarchy of human needs for the 21st century, one that allows for the fulfillment of individual potential as well as the actualization of transcendent purpose and peak experiences. He is the author of Wired to Create: Unraveling the Mysteries of the Creative Mind, Ungifted: Intelligence Redefined, Twice Exceptional: Supporting and Educating Bright and Creative Students with Learning Difficulties, The Complexity of Greatness: Beyond Talent or Practice, The Cambridge Handbook of Intelligence, The Philosophy of Creativity: New Essays, and The Psychology of Creative Writing.

Kaufman has received numerous accolades his research and in 2020 was selected as one of “The Top 20 Psychologists 40 & Under” by The Best Schools. He has also been recognized as one of “50 groundbreaking scientists who are changing the way we see the world” by Business Insider.

Kaufman is a regular contributor to The Atlantic and Scientific American, sharing insights into intelligence, creativity, personality, and well-being. Kaufman hosts the #1 psychology podcast in the world, “The Psychology Podcast,” which has received over 20 million downloads and was included in Business Insider’s list of “9 podcasts that will change how you think about human behavior.”

Kaufman has taught courses on intelligence, creativity, and well-being at Columbia University, NYU, the University of Pennsylvania, among others. During his time at University of Pennsylvania, Kaufman was asked by Angela Duckworth to take over her U Penn course, Introduction to Positive Psychology as she was working on her book Grit. Upon the book’s completion, she asked Kaufman to keep the class as it had become so popular under his lead.

During his tenure as Scientific Director of the Imagination Institute at the University of Pennsylvania, he investigated how we measure human potential, perseverance, achievement, and creativity.

Challenging stereotypes, Kaufman determined his own path that led him from special-ed to scientist. He received a Ph.D. in cognitive psychology from Yale University, and an MPhil in experimental psychology from the University of Cambridge under a Gates Cambridge Scholarship. Kaufman is a flow and self-actualization coach, in which he personally helps people get more engaged in their work and reach their full potential. He has shared his ideas all over the world, including for major groups at LEGO, Vogue, the Aspen Ideas Festival, and the Creativity World Forum. Read Less ^

There’s an Actual Formula for Reaching Your Goals

From Evaluation to Inspiration | Aspen Institute

Maslow & the New Science of Self Actualization

It’s no secret that the pandemic has been challenging for everyone, both young and old. The trauma, loss and uncertainty of our world have led many of us to ask life’s biggest questions. Who are we? What is our higher purpose? And how do we not only live through but thrive in the wake of tragedy, division and challenges to our fundamental way of living? In this talk, Renowned Humanistic Psychologist Scott Barry Kaufman gives you the tools to get back to leading a good, meaningful and purposeful life, as well as building resilience to handle adversity in the future. This keynote and/or Workshops can be customized for K-12 and higher education students, along with educators, administrators and anyone else who is trying to grow in our new post-pandemic world.

The Science of Thriving at Work & Growing from Setback

At work, we often feel a need to prioritize either productivity or wellbeing. But as Scott Barry Kaufman knows, these two priorities aren’t an “either or” scenario—in fact, they actually need each other. Drawn from Scott Barry Kaufman’s popular Columbia course on the Science of Living Well, this talk provides a theoretical and practical approach to well-being and self-actualization in a workplace setting. Thriving is a term that captures the optimal state of functioning of individuals, groups or organizations, with indicators such as self-actualization, meaning, engagement, health, growth, and creativity as well as other markers of being in a state of peak experience. Productivity, effective teamwork, strong leadership, and innovation are essential to the work we do. But when we prioritize basic human needs—like health, security, growth, meaning, mindfulness, self-esteem, connection, and more—our productivity, leadership, and teamwork improve in leaps and bounds. As Kaufman shows audiences, there are ways that we can cultivate a sense of well-being at work in ways that are growth-fostering and bring out the best in everyone. Drawn from his groundbreaking new research on the science of self-actualization, he’ll leave you with a new, actionable framework for enhancing productivity and wellbeing, and show how we don’t have to be set back by our setbacks, but can actually grow and thrive by leaps and bounds after trauma and setbacks.

A New View of Intelligence

In an educational system founded on rigid standards and categories, students who demonstrate a very specific manifestation of intelligence get the keys to the kingdom, while those who deviate tend to fall between the cracks. After overcoming his own struggles with how intelligence is defined, passion and perseverance for long-term personal goals are at the core of Scott Barry Kaufman’s new theory of Personal Intelligence. Kaufman elucidates that if we want to increase self-actualization in students, we need to take into account the child’s dreams, passions, and goals, and harness their greatest strengths in the service of realizing who they truly want to become. A leading expert in the exciting new field of human-centered education, Kaufman applies the latest science of positive psychology and self-actualization coaching to help all people get on the path to reach their full potential. Kaufman’s research has particular implications for children who have learning difficulties, including dyslexia, ADHD, autism, and emotional and behavioral disorders, as well as other vulnerable populations, such as ethnic and racial minority students. Read More >

Presenting cutting-edge, original research, Kaufman shows how student intelligence is a natural outcome of harnessing the unique strengths in children, as well as building on their unique learning challenges. By seeing the whole child, we can see higher levels of creativity and performance that we never could have predicted. Read Less ^

Unlocking Self-Actualization & Creativity in the Workplace

What does it take to unlock your greatest creative potential at work and beyond? Drawing on his extensive research for the past 20 on years on what "creative people do differently" and his latest revision of Maslow’s famous "hierarchy of needs," Scott Barry Kaufman traces the main factors that allow people and organizations to maximize their creative potential. A leading expert in the exciting new field of human-centered education, Kaufman applies the latest science of positive psychology and self-actualization coaching to help all people get on the path to reach their full potential. Kaufman will help people increase the chances they will feel completely absorbed in their tasks and activities — while at work and in their daily lives so that they can be naturally more productive and find more meaning, creativity, and purpose in their lives.

What if we had schools where students were treated as human first, and all students were recognized for their unique potential? When we are young we don’t always know our own true potential and it’s impossible to have passion for what you can’t see. All people that work with our youth have the greatest opportunity to help our youth find their true potential and find their passion to learn and grow. In this program and using his wide and deep research in many SEL content areas Scott Barry Kaufman creates dynamic and insightful customized keynotes or workshops for all K12 Administrators, Educators, Students and even communities. A leading expert in the exciting new field of human-centered education, Kaufman applies the latest science of positive psychology and self-actualization coaching to help all students get on the path to reach their full potential. Imagine if our schools revolved around optimizing the human potential in every student, and took into account their basic needs as a human, not just their potential for doing well on standardized tests.

Patients aren’t the only ones who have been affected by COVID-19. The pandemic has taken a huge toll on the mental health of healthcare workers. In fact, 93% of healthcare professionals have reported experiencing stress and 76% said they were exhausted and burned out, according to a survey by Mental Health America. So, is it possible for those on the frontlines fighting this deadly disease to get back to feeling a sense of wholeness again? Renowned Humanistic Psychologist Scott Barry Kaufman says it’s not only conceivable for healthcare workers to bounce back in the face of significant changes in their lives but also thrive. In this talk, Kaufman provides the tools to help those who are experiencing burnout acquire greater meaning, reassess their priorities, build their resilience and feel more alive again using a framework of scientifically backed positive psychology and humanistic psychology interventions. If you are in the healthcare profession, this talk is for you.

"Scott was our keynote speaker for our first in-person statewide superintendents conference. He blended research with humor in his delivery model. Several superintendents commented that it was just what they needed to hear!"

"You’re a force for humanity. I’m so glad to have someone like you fighting for positive changes that so many of us know we need in the world."

“Scott’s a force of nature.”

“Scott's 2016 talk for FAN stands apart from others in three ways: He quickly establishes intimacy with the audience via a deft weave of personal narrative, research, and on-the-fly insight; He emanates a sensitive, deep optimism, and delivers his theories and observations with compassion and humor; and He has an open, curious "beginner's mind," that is balanced with astute, nuanced observations. Scott's wholehearted engagement with his work is a pleasure to witness.”

"Scott Barry Kaufman's talk for FAN was a sensitive, engaging mix of heart, intellect, and insight."

Choose Growth: A Workbook for Transcending Trauma, Fear, and Self-Doubt

Transcend: The New Science of Self-Actualization

Wired to Create: Unraveling the Mysteries of the Creative Mind

The Psychology of Creative Writing

The Philosophy of Creativity: New Essays

Mating Intelligence Unleashed: The Role of the Mind in Sex, Dating, and Love

The Complexity of Greatness: Beyond Talent or Practice 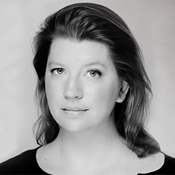