Renowned for his efforts in the ongoing Peace Process in the Middle East, as Foreign Minister under Ehud Barak, Shlomo Ben-Ami was a key participant in Israel-Palestinian peace talks, including the Camp David and Taba talks in 2000 and 2001. Read More >

Having headed the Graduate School of History at Tel Aviv University from 1982 until 1986, where he became a full professor and assumed The Elias Sourasky Chair for Spanish and Latin American Studies, his great historical knowledge and experience as a diplomat and politician make him one of the most acclaimed experts on the Middle East and international conflict resolution.

In 1987, he was appointed to be Israel’s first Ambassador to Spain, where he served until December 1991.  In 1996 he was elected to the legislative branch of the Israeli government, or the Knesset, as a member of the Foreign Affairs and Defense Committee.

After Labor’s landslide victory in 1999, Professor Ben-Ami became Minister of Public Security before being appointed Foreign Minister the following year.

As well as having been a member of Israel’s delegation to the Madrid Peace Conference, in 1993, he headed the Israeli delegation at the Multilateral Talks on Refugees in the Middle East held in Ottawa, Canada, and is currently Cofounder and Vice President of the Toledo International Center for Peace.

Ben-Ami graduated from Tel-Aviv University in Israel and later received a PhD in History from Oxford University.

As an author, he has published a number of books on diverse subjects such as the Israeli-Arab conflicts, fascism in Spain, religion, and philosophy, in English, Spanish, French and Hebrew.

In his presentations, Ben-Ami applies his expertise on conflict resolution to managerial situations as well as international politics. Read Less ^ 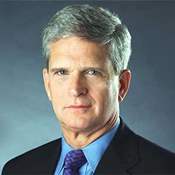