Suze Orman has been called “a force in the world of personal finance” and a “one-woman financial advice powerhouse” by USA Today. A two-time Emmy Award-winning television host, New York Times mega bestselling author, magazine and online columnist, writer/producer, and one of the top motivational speakers in the world today, Orman is undeniably America’s most recognized expert on personal finance. Read More >

Orman is the contributing editor to “O” The Oprah Magazine, the Costco Connection Magazine and is in her 12th year as host of the award winning Suze Orman Show, which airs every Saturday night on CNBC. Over her television career Suze has accomplished that which no other television personality ever has before. Not only is she the single most successful fundraiser in the history of Public Television, but she has also garnered an unprecedented eight Gracie awards, more than anyone in the 37-year history of this prestigious award. The Gracies recognize the nation’s best radio, television, and cable programming for, by, and about women.

In 2010, Orman was also honored with the Touchstone Award from Women in Cable Telecommunications, was named one of “The World’s 100 Most Powerful Women” by Forbes and was presented with an Honorary Doctor of Commercial Science degree from Bentley University. In that same month, Orman received the Gracie Allen Tribute Award from the American Women in Radio and Television (AWRT); the Gracie Allen Tribute Award is bestowed upon an individual who truly plays a key role in laying the foundation for future generations of women in the media.

In October 2009, Orman was the recipient of a Visionary Award from the Council for Economic Education for being a champion on economic empowerment. In July 2009, Forbes named Orman 18th on their list of The Most Influential Women In Media. In May 2009, Orman was presented with an honorary degree Doctor of Humane Letters from the University of Illinois. In May 2009 and May 2008, Time Magazine named Orman as one of the TIME 100, The World’s Most Influential People. In October 2008, Orman was the recipient of the National Equality Award from the Human Rights Campaign.

In April 2008, Orman was presented with the Amelia Earhart Award for her message of financial empowerment for women. Saturday Night Live has spoofed Suze six times during 2008-2011. In 2007, Business Week named Orman one of the top ten motivational speakers in the world—she was the ONLY woman on that list, thereby making her 2007’s top female motivational speaker in the world.

Orman who grew up on the South Side of Chicago, earned a bachelor’s degree in social work at the University of Illinois and at the age of 30, was still a waitress making $400 a month. Read Less ^

Nine Steps to Financial Freedom: Practical & Spiritual Steps So You Can Stop Worrying

When Suze Orman was 13 she watched her father dive into the flames of his burning take-out chicken restaurant to rescue his cash register. In that moment, Orman learned that money was more important than life itself. From then on it was her quest to be rich. But years later, when she became a wealthy broker with a large investment firm, she was perplexingly unhappy. Read More >

What went wrong? She had not yet achieved financial freedom. In her nine-step program, Orman covers the ingredients to financial success-confronting our beliefs and fears, learning the nuts and bolts (and insider’s secrets!) of savvy management, and finding the spiritual trust that leads to abundance. Read Less ^

The Courage to Be Rich

In this anecdote-rich keynote presentation, financial expert Suze Orman offers tips on 401(k), marriage, homes, and happiness. Having made plenty of mistakes in her life, from getting a 30-year mortgage instead of a cheaper 15-year to losing $20,000 to bum investment advice, Orman has seen what and what not to do when it comes to money. Read More >

In her compelling and humorous keynote speech, Orman teaches audiences to face fiscal facts and avoid fear, denial, and the self-fulfilling low expectations. Her keynote address will give your audience a pep talk, true tales of woe and makeovers, and a jolt of a true pop culture phenomenon in “The Courage to be Rich.” Read Less ^

The Road to Wealth: A Comprehensive Guide to Your Money

You've Earned It, Don't Lose It: Mistakes You Can't Afford to Make When You Retire

"Suze is just amazing, and really covered all bases and spoke to the needs of our audience in a clear and concise way. It's no wonder her book went so quickly to the bestseller list. Please let her know how very pleased all of us were with this event and how grateful we were for her taking the time out of her busy schedule to share her message of hope and inspiration."

"We appreciate the time she spent with the students prior to her speech -- I know it's something the girls will not soon forget!"

Suze far exceeded our expectations as a speaker. She provided solid information and advice regarding women getting their financial houses in order, but she gave so much more than that. Her honest discussion of her own background and her determination to succeed was very inspirational and moving. I am sure that many who have dealt with adversity left her speech feeling even more resolved than ever to succeed.

Suze was the best keynote speaker that we ever had. Her style of speaking was clear and down to earth, and all done without notes. We could have listened to her for the remainder of the afternoon, and it seemed like the hour flew by.

"Suze made the audience members feel like longtime friends, and she clearly inspired everyone to think about more than what's happening with the stock market!"

"When Suze Orman took the stage, the audience was prepared for this energetic human equation comprised of equal parts tough-minded financial advisor tempered by tender-hearted social worker. Well-known as both Professor and Preacher of an unremitting mantra—People first; then Money; then Things—Orman educated as she exhorted the audience toward self-empowerment through financial self-knowledge. But who suspected that the true gift of her profession is her grace as a person? That "people first" stuff—she actually means it!" 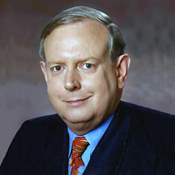