Sybrina Fulton is dedicating her life to transforming family tragedy into social change. Since the death of her 17 year old son, Trayvon Martin, during the violent confrontation in 2012, Fulton has become an inspiring spokesperson for parents and concerned citizens across the country. Her book co-authored with Tracy Martin, Rest in Power: The Enduring Life of Trayvon Martin, shares the intimate story of a tragically foreshortened life and the rise of a movement that awoke a nation’s conscience. Read More >

The publicity surrounding Trayvon’s death and the ensuing trial catapulted the country into national debate. Despite the intense struggle of losing a child, Fulton has become a role model to many by turning her grief into advocacy. Remaining strong throughout the trial and ensuing months, she lends her voice to speak against violence towards children and the need to build better, safer communities for all.

Her message not only appeals to people’s hearts as it relates to children, but is also one of hope and change, exemplified by her personal experiences and endeavors. As a mother, she inspires audiences to continuously educate their children about civil rights and to help them feel accepted as part of an ever changing society. An honest and relatable speaker, Fulton always looks forward sharing her powerful message with everyone from colleges and legal professionals to community and family organizations, and all other proponents of social justice.

A Miami native, Fulton graduated from Florida Memorial University, where she earned a bachelor's degree in English. A proud mother, Fulton worked for the Miami-Dade County Housing Development Agency for over 25 years, and is a member of Antioch Missionary Baptist Church of Miami Gardens.

Currently, Fulton is running for office in Miami-Dade, but is still looking forward to speaking. Read Less ^

How Could This Happen Here in America?

We Have Lost the Respect for One Another

Be the Voice for the Voiceless

We Are All Travyon

Years after his tragic death, Trayvon Martin’s name is still evoked every day. He has become a symbol of social justice activism, as has his hauntingly familiar image: the photo of a child still in the process of becoming a young man, wearing a hoodie and gazing silently at the camera. But who was Trayvon Martin, before he became, in death, an icon? And how did one black child’s death on a dark, rainy street in a small Florida town become the match that lit a civil rights crusade? Through real life stories and compelling experiences, Sybrina Fulton, answers those questions. Fulton’s experiences take us beyond the news cycle and familiar images to give the account that only she can offer: the story of the beautiful and complex child they lost, the cruel unresponsiveness of the police and the hostility of the legal system, and an inspiring journey from grief and pain to power, and from tragedy and senselessness to purpose.

From Pain to Purpose: The Time is Now to Own Democracy

After overcoming years of pain and turmoil, Sybrina Fulton has successfully turned her son Trayvon’s tragic death into a legacy. From grieving mother to passionate gun violence and police reform activist, Fulton has turned her pain into purpose, and has launched a social justice revolution. Through the Trayvon Martin Foundation and her committed fight for change in the Miami-Dade community, Sybrina is showing that even under the worst of circumstances, power can prevail. In this passionate keynote, Sybrina inspires the younger generation to engage in the change: Register. Educate. Vote. Work on Congressional campaigns. Volunteer to register voters. Canvas. Phone bank. WIN. Citing a range of issues from ending gun violence, racism and inequality to protecting the environment, Fulton puts forth the challenge and leaves audiences wanting to make a difference.

“Thank you to Sybrina Fulton and APB for all you did for the Nyack NAACP’s event. Sybrina’s keynote speech was amazing, and she reminded people how important it was to stay involved in any organization that fights for the rights of people. She made it clear that people should especially stay involved in the NAACP Nyack Branch (with was beyond appreciated). The Q&A part was out of this world. It got very emotional and powerful for her and the attendees. She even got our Regional Director to share his story, which is something he has not done that often. We are so thankful and honored that we were able to have her as our speaker.”

"Thank you once again for helping us (virtually) bring Sybrina to our campus. Our community absolutely LOVED hearing from her and I have already received phone calls from Vice Presidents of the University saying how amazing it was to hear from her. The student population here was literally in awe of her strength of character.  This event actually garnered the largest attendance we’ve had at a night time event in at least 5 years."

"On behalf of The Indianapolis Public Library, African American History Committee, we would like to thank you so much for coming and sharing your story with us. You truly are the epitome of a strong black woman and your words truly inspired and encouraged hope in so many this past weekend."

"She hit it out of the ballpark. Our employees were really moved and, I believe she inspired many to get more engaged and specifically to name racism for what it is. She was so real, so professional and really connected with the audience. After her talk and the Q & A, she graciously listened to several folks who just wanted a minute or two with her…lots of selfies, etc. People were really moved. She is remarkable."

"FANTASTIC! Over 1,400 people attended the community event the evening before, and over 500 the luncheon. Ms. Fulton was authentic, sincere, passionate and appropriate for the two different audiences. Not a dry eye either evening. We could not have been happier with her gift to this community!!"

"Thank you so much for the Sybrina Fulton event that was held recently at UConn. It was quite a sensational event by all standards. The Student Union Ballroom was filled to capacity and the overflow rooms with live streaming were also filled. Sybrina was amazing. She was quite charming, personable and engaging. Her talk was extraordinary! She had the audience in the palm of her hand. The reception that followed was wonderful. We had long lines of people who almost all wanted a photo with her and she was so patient and so sweet. All in all, Ms. Fulton was quite a big hit! She made our 45th Anniversary an event to remember."

"Our campus was incredibly blessed to welcome Ms. Fulton. She was quite humbling and the epitome of incredible grace and strength. Everyone, from students to faculty members and executive administrators, was quite impressed. Thanks again for your continuing partnership with our office."

Sybrina Fulton, Trayvvon Martin’s Mother, Speaks On Forgiveness And Her Life 7 Years After His Death 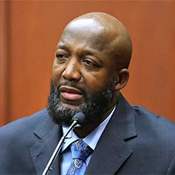 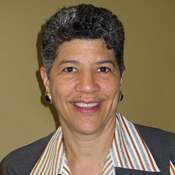