Tal Dehtiar launched Oliberté with the mission of creating sustainable manufacturing jobs in SubSaharan Africa to ultimately reduce the continent’s dependence on foreign aid. Founded in 2009, Oliberté manufactures the world’s first and only Fair Trade Certified footwear out of its factory in Addis Ababa, Ethiopia. By focusing on premium handcrafted product, the planet and worker empowerment, Oliberté has become a model for the new corporate social responsibility. Read More >

Tal was born in Israel to Russian immigrant parents who moved the family to Canada when he was an infant. Despite barely being able to speak the language and knowing nothing about business, they eventually founded a furniture company in Ontario that continues to thrive today. The family business introduced Tal to the opportunities and challenges of entrepreneurism.

Tal graduated with a B.A. in communications from University of Western Ontario before attending Toronto’s prestigious McMaster University, where he completed his M.B.A. at age 24. While many of his fellow graduates went on to pursue high-paying corporate jobs to pay off their student loans, Tal knew that big business was not where he wanted to be.

In 2004, he founded MBAs Without Borders, an international charity that has engaged hundreds of business professionals from around the world to volunteer and help build small businesses in over 25 developing countries including Afghanistan, Columbia, Haiti, Sierra Leone and Ethiopia.

After several years in the non-profit sector, Tal grew frustrated with the ineffectiveness of many international aid strategies positioned to help emerging economies. Drawing from his newfound relationships and understanding of international business, Tal founded Oliberté in 2009 using a business model centered around sustainability values. Rather than corporate social responsibility (CSR) being a business “add-on” for the sake of marketing, Tal believes CSR should be baked in to how businesses operate from day one.

Oliberté now serves as a leader within the broader footwear industry to show how creating sustainable manufacturing jobs in a developing region can support the growth of emerging economies and reduce dependence on foreign aid.

Among his numerous awards and recognitions, Dehtiar was named one of the International Youth Foundation's Young Social Entrepreneurs and one of Fast Company's Most Creative People in Business. He has been featured regularly on CNN, CBC, The Globe and Mail, The National Post, The Toronto Star, MacLean's Magazine, Canadian Business Newsmagazine, Business 2.0, TVO, City TV, and Global National.

Tal has traveled, worked, studied or lived in over 50 countries and speaks English, Russian, Hebrew and Spanish. He is a recipient of the 2004 Ontario Global Trader Award, 2005 Arch Award and was nominated for the 2005 YMCA Peace Award. He is a regular speaker at conferences and business schools across the globe. Read Less ^

Your Professional and Personal Destiny: Every Experience Counts

Better Than an MBA: Traveling 101 and Why It's The Best Education Around

Why Commerce is the Key to Improving the World

"The event was wonderful! Tal gave a great presentation. We enjoyed hearing about his unusual career path and were inspired at all he has accomplished in his young life. After the audience Q&A session, he stayed until all the individual questions were answered personally. The students, in particular, appreciated that personal connection."

- Director of the Roth Center for Entrepreneurship, Briar Cliff University

"Tal was great to work with. He is warm, flexible, and has a good sense of humor. Members of the audience, both students and members from the community, thought he gave an awesome talk. I would recommend him highly."

- Director of the Roth Center for Entrepreneurship, Briar Cliff University 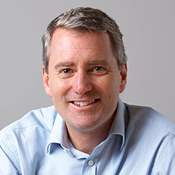