A veteran star of more than two dozen films, Victor Rivers may be best known for such roles as Magic Mike, the prison gang warlord in the cult hit Blood In/Blood Out, Eddie Murphy’s sidekick in The Distinguished Gentleman, and Antonio Banderas’ ill-fated brother in The Mask of Zorro. He can be seen in the award-winning What’s Cooking? – a film that celebrates family, diversity and food – and appears in The Hulk, the Ang Lee directed blockbuster. On television Victor has guest starred on such hit shows as Better Call Saul, Modern Family, C.S.I. Miami, 24, Miami Vice, Jag, and Star Trek. Victor has a couple of upcoming films: Slipping into Darkness, which won Best Film at the Latino Film Festival and had a run on HBO/Latino in 2020, and a Netflix romantic comedy, Let It Snow. Read More >

Born in Sancti Spiritus, Cuba, Victor came with his family to this country at the age of two, enduring horrific child abuse and witnessing domestic violence on the level of torture at the hands of his father. At age fifteen, Victor took the then unprecedented legal action against his father, going on to live with a series of foster families. Thanks to the intervention of his community, he turned his life around dramatically – going from hard-core gang-member to senior class President and lettering in four sports. He attended Florida State University on a full four-year football scholarship and was mentored by Coach Bobby Bowden. A team captain and scholar athlete, upon graduation he was drafted by the Miami Dolphins with whom he was out as an offensive lineman for their 1978/79 seasons.

In 1999, with a successful career and family of his own, Victor decided to break his silence about his childhood. Though much has improved over the past thirty years, domestic violence remains the most under-reported crime in America, what is often called "the Quiet Crime." For this reason, Victor has chosen to lend his voice and his story to the National Network to End Domestic Violence (NNEDV) – a social change organization representing statewide coalitions, developing public policy, and spearheading efforts to provide more direct support to programs through information, research, funding, and training.

As National Spokesperson for the NNEDV, Mr. Rivers hopes to raise awareness that domestic violence cannot be treated exclusively as a woman’s issue; rather, he insists, it should be everyone’s issue. His ultimate survival and personal success convey the importance of intervention by others who helped him break the cycle of violence, something Victor hopes more people will do by taking a stand against our greatest yet most curable social disease. Read Less ^

Giving Thanks to the Village Who Raised Him

Cuban-born Victor Rivas Rivers tells the heartbreaking, harrowing, and ultimately triumphant story of his escape from what he calls the “war zone” of family violence. Much has changed over the years since 12-year-old Rivers, covered in burns, bruises, and welts, sought help from law enforcement but was turned away because it was then seen as a “private family matter.” Today, the good news is that there are now shelters, hotlines, and legislation. The bad news is that family violence continues to be the most underreported crime in America, as it thrives in an atmosphere of silence, shame, and denial. This is much more than a family matter, it is a worldwide epidemic. In this presentation, Rivers educates and inspires those who know little about domestic abuse, as well as those who know the issue well. By sharing his story, Rivers passionately shows audiences how domestic violence can happen anywhere, and how we must all stand together to stop it.

How Are the Children? Why Domestic Violence Is Everyone’s Issues

In this presentation, keynote speaker Victor Rivas Rivers asks the question, “How are the children?”—a phrase derived from a traditional Masai tribal greeting. The message behind this greeting is that if the children are well, then so is the entire community. Rivers uses his personal story of surviving an abusive home to address a host of issues that impact children throughout their lives. While acknowledging strides made by child advocates in a variety of settings, this presentation is a call to action for all members of the community to seek a much-needed coordinated response to violence—so that when asked how the children are doing, our society may collectively answer that the children are thriving.

I Am the Child That the Village Raised: How Teachers, Coaches & Schools Saved and Transformed My Life

Why does veteran film actor Victor Rivas Rivers speak out against child abuse and the impact that witnessing domestic violence has on children? Because of a special boy he knew. The boy whose first memory was of being thrown from his high chair by his abusive father. The boy was beaten, burned, tied up, locked in closets, starved, and kidnapped. That boy was Rivers himself. But thanks to those he calls “angels” in his community, he was taken in as an unofficial foster child and given the tools to transform from gang member to senior class president — what he calls his “survival tool box.” The Cuban-born, best- selling author and activist also helps shine a light on the work of advocates and educators who care for children and teens. He addresses ways that our education system can better confront family violence, child abuse, bullying, and teen dating violence. Rivers connects the power of mentorship to the hopeful potential of breaking the cycle of violence in our world.

MAN UP: How Males of All Ages Offer A New Solution to An Old Problem

To worldwide fans, Victor Rivas Rivers may be best known for his portrayals of bad guys in movies. But in real life, he is one of the good guys — a leading male voice on the issue of ending violence against women and children. So why is a Hollywood “heavy” speaking out to redefine what it means to be a “real man?” Because of the domestic violence that took place in his own home while growing up. He also speaks to address ways boys and men can become more involved in taking a stand against misogyny. Drawing from lessons learned from the sports world, Rivers — an offensive lineman who played for the FSU Seminoles before a brief stint in the NFL— explores what it means to be a male role model on all fields of endeavors. Most boys and men are good men, he believes, but they can do more to “man up” as leaders in the movement to end all violence.

Today, Cuban-born film star Victor Rivas — who 30 years ago changed his name to Victor Rivers to avoid being typecast in Hollywood — knows what it means to struggle against misconceptions and stereotypes. In this presentation, Rivers recounts his journey to find his place not only as an actor, but also as an activist in the movement to end domestic violence. This candid presentation looks at new opportunities for redefining what it means to be a “macho” man in today’s world, and what it means to be an immigrant in an increasingly multicultural America. “Crossing Borders” celebrates the power of diversity and Hispanic heritage, while acknowledging new opportunities for Latinos at a time of growing political and economic clout.

"It was so meaningful and impactful to our staff. They were engaged and had great questions! Victor is awesome and his story inspiring especially to those of us in the field that work so hard everyday to help a family and may NEVER see the outcome of that family. I felt our staff understood that they are critical to helping each individual and no matter how big or how little they do MATTERS!!!!!!!!!!!!!"

- Parents and Children Together

"Victor did an amazing job! The audience of 140 participants was so engaged in his keynote speech and he received a standing ovation. At the end of the conference participants were still commenting how he had set the tone for the day for them and how much they appreciated it."

"The team had a wonderful visit with Victor, he is an amazing man. His story was so touching and heartfelt, he received a standing ovation - it was truly fantastic. We are very honored to have had him here."

"I always like to look around the room to get a sense of how people are engaging with the event. After Victor took the dais many folks were leaning in and really absorbing his message. At his conclusion, they rose to their feet in applause. He delivered exactly the message this crowd needed to hear. Needless to say, I am very pleased—we all are."

"Everything went really well, he is a wonderfully kind person. To have the chance to visit with him was truly a honor."

"Victor spoke this morning on our base and it was a great success. So much that our SgtMaj has requested having Victor speak at the Marine Corps Ball. Thanks so much for all you do."

"The Ark Gala went well. The nearly 500 supporters listened attentively to Victor Rivas Rivers. He was well-received by everyone. He was polite and has a likable personality. He was happy to comply with our needs, such as signing copies of his book, posing for photographs, etc. Most importantly, however, his topic, story and message were right on target."

"I honestly do not have the words to say thank you enough for all the time and talent you gave us. Everyone in attendance left in awe and inspired. At our board meeting Monday afternoon, they all expressed a deep sense of pride and commitment that will influence their work in the coming year."

"It was a pleasure to meet Victor and work with him on our PSA. I couldn't be more pleased with the event and commercial. Thank you for connecting us!!!"

"'Huge Success' is an understatement. Victor was absolutely fantastic. People really related to him and, more importantly, the men in the room related to him. My husband had a longtime friend come up to him that evening after speaking separately with Victor with tears in his eyes and just said, “You know, we had abuse in my family growing up.” We never knew. That says it all; it's not just women, but all of us—men, women, children—who are affected by domestic violence."

"Victor was fantastic! Everybody said it was our best luncheon. Thank you so much for recommending him and for all your help."

"Thank you! We thoroughly enjoyed today's lecture on domestic violence. Our students were so moved about the importance of the topic that they spoke of nothing else as we walked back to St. Gerard."

"Victor was great and the audience loved him. We actually did something a little different and had his son, Eli, do the introduction of his father. He recorded it from his computer and it looked like he was Skyped into the event. It was perfect for our audience and organization. Victor and Mim were a pure pleasure to work with and I know they made an impact on our audience."

"Working with Victor was a pleasure! He was so easy to please and very open and friendly with all! And his address was moving, inspirational, and spot on for what we hoped it would be! He moved everyone in the audience and helped us engage people more in our cause."

“Victor was awesome. He received a standing ovation. The audience has expressed nothing but rave reviews of him. My staff (including myself) were thoroughly impressed with this message. The day of his speaking event he arrived early, well-prepared, and took questions from the audience – which they loved! Overall, it was a fantastic experience with APB and I’m sure Nebraska will be inviting Victor back to speak again.”

A Private Family Matter: A Memoir

Behind Elevator Doors: It’s Time for All Men to Stand Up Against Domestic Violence

'The Victor Project' emboldens fathers to break cycle of abuse 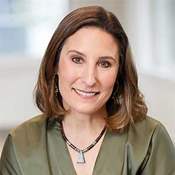