Vince Gilligan, series creator and executive producer of Breaking Bad, and the new series Better Call Saul, was born in Richmond, VA and raised in Farmville and Chesterfield County. He received the Virginia Governor's Screenwriting Award in 1989 for his screenplay Home Fries, which was later turned into a film starring Drew Barrymore and Luke Wilson. Read More >

As a writer and executive producer on The X-Files, Gilligan shared Golden Globe® Awards in 1996 and 1997 for Best Dramatic Series. His other credits include the FOX Television series The Lone Gunmen, which he co-created, and the features Hancock, starring Will Smith and Charlize Theron, and Wilder Napalm, starring Debra Winger and Dennis Quaid.

Throughout its run, Breaking Bad earned several nominations and awards, including Emmy® Award nominations for Outstanding Drama series from 2009-2014, with both halves of the fifth season taking home a category win, and Outstanding Directing for a Drama series nominations for Gilligan in 2008, 2012 and 2014. The show was also recognized with a Golden Globe® win for Best Television Series Drama for its final season in 2014.

After writing and directing the Breaking Bad pilot, Gilligan received the 2008 Writers Guild Award for Best Episodic Drama, with another win in 2012. He also took home Peabody Awards honoring both the show’s first and its final seasons, and the American Film Institute named Breaking Bad one of the Best Television Programs of the Year throughout its entire run. The series was hailed by Stephen King as “the best of the 21st century.” Read Less ^

An Evening with Vince Gilligan 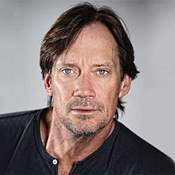