Glamorous, vivacious and undeniably beautiful, Vivica A. Fox has positioned herself as a Hollywood screen gem and has triumphantly built an international brand that stands on the strength that women can do anything. With an extensive body of work that encompasses unforgettable television, stage and film credits, Vivica A. Fox is an inspiration as a Hollywood actress, generous philanthropist and accomplished businesswoman. Read More >

Born in South Bend, Indiana, Vivica’s family relocated to Indianapolis, Indiana when she was four. Upon graduating from Arlington High School, where she participated in various sport activities, including basketball, track, volleyball and cheerleading, the mid-western beauty ultimately gave up sports to pursue a modeling and acting career. With the support of family and friends, the budding star headed to California to attend Golden West College in Huntington Beach, where she earned an Associate Arts degree in Social Sciences.

Determined to succeed, Vivica hit the Los Angeles audition circuit, and was discovered by Hollywood producer Trevor Walton, and, before she knew it, offers poured in. Soap opera stints on The Young and The Restless, Days of Our Lives and Generations led to more sitcom and modeling work. But in 1996, Vivica’s big break came when she scored a role in the summer blockbuster Independence Day alongside Will Smith and Jeff Goldblum.

Vivica’s career began to soar as she became Hollywood’s new “it” girl, receiving critical acclaim for stand out performances in back-to-back classic films, including 1997’s Soul Food with Nia Long and Vanessa L. Williams, Set It Off with Queen Latifah and Jada Pinkett Smith, and the hilarious hit film Booty Call opposite Oscar-winner Jamie Foxx. Upon garnering legions of fans for her ability to play fearless independent female characters, Vivica cemented her status as a bonafide film star with other prominent roles opposite Oscar-winning co-stars, including Why Do Fools Fall in Love with Halle Berry, Kingdom Come with Whoopi Goldberg, Boat Trip with Cuba Gooding Jr., Ella Enchanted with Anne Hathaway, and Batman and Robin alongside George Clooney.

As a versatile talent, Vivica Fox has also starred in a number of television series and sitcoms, including Out All Night with Morris Chestnut, Patti LaBelle and Duane Martin, the hit Lifetime mysteries series Missing, where she also served as executive producer, the Fox network’s Getting Personal, and guest spots on Living Single, Martin, My Wife & Kids, Beverly Hills 90210, Who’s The Boss, Melissa & Joey, and The Fresh Prince of Bel Air. Vivica has also starred in a number of holiday film classics for the Hallmark network and other made-for-television films, such as Showtime’s The Jimmi Hendrix Story.

As a Hollywood mainstay, Vivica has been featured as one of People Magazine’s Most Beautiful People in the World, has graced numerous magazine covers and garnered some of the industry’s top awards, including an MTV Movie Award, NAACP Image Awards, and an NAACP Theater Award, amongst other countless recognitions from around the globe. Such high-profile credits and honors gained the attention of Oscar-winning director Quentin Tarantino, who handpicked Vivica to star alongside Uma Thurman in the international box office sensation Kill Bill, Volumes 1 & 2.

Aside from being an on-camera personality, Vivica has had major success in stage, television and film as a producer and businesswoman. Vivica teamed with VH1 to produce the reality show Glam God, and later with playwright and producer Je’Caryous Johnson to produce two touring plays which found her sharing national stages with Grammy Award winning singer Brian McKnight in Cheaper to Keep Her, as well as with heartthrob Boris Kodjoe and acting legend Richard Roundtree in Whatever She Wants. Vivica also produced and starred in the cult favorite films The Salon, Two Can Play That Game, its sequel Three Can Play That Game, Motives, and Getting Played.

After successful corporate collaborations with such major brands as Cadillac and Google, Vivica expanded her brand into the beauty industry and launched her own hair company – The Vivica Fox Hair Collection. Offering a variety of options for women in high quality wigs and extensions, Vivica’s mission remains clear – to inspire women of all ages to live life to the fullest. Always trying to give back to the community, the starlet uses The Vivica Fox Hair Collection to make generous donations of free hair to women worldwide who have lost their own hair to cancer-related illnesses.

After successful stints touring on stage, and in reality television, Vivica returned to television in the hit HBO series Curb Your Enthusiasm with Larry David and JB Smoove. For two seasons Vivica starred as Loretta Black and earned a newfound fan base!

In recent years, Vivica joined the cast of the Byron Allen produced sitcom Mr. Box Office with Bill Bellamy and Jon Lovitz, and returned to reality television when she landed in the final three of the successful Donald Trump series Celebrity Apprentice, raising over $50,000 for the Best Buddies charity organization.

In 2015, Vivica returned to the big screen in Chocolate City with Tyson Beckford, Robert Ri’chard, and Michael Jai White, and wowed audiences with her debut in Fox network’s mega hit Empire, when she popped up as Candace, starring opposite Golden Globe winner Taraji P. Henson as Cookie’s older sister. Later that year, Vivica continued to expand her brand into the fashion industry when she partnered with Curvy Couture and released a limited-edition lingerie collection that sold out in days.

In 2016, Vivica teamed up with exercise guru Shaun T of Beach Bodies for the workout infomercial T25 Focus, where the performer shared with fans her exercise and fitness routine and secrets! Vivica’s career also came full circle when she reprised her role as Jasmine in the sequel to the film that gave the diva her start – Independence Day: Resurgence.

In 2018, Vivica released her first book Every Day I’m Hustling sharing her personal journey and inspirational lessons on life, love and living your dream. In 2019, Vivica was promoted to a series regular as Cookie’s older sister Candace for the final season of the Fox hit drama Empire.

Aside from numerous film, television and other projects in the works, Vivica’s own empire continues to grow as this versatile Hollywood legend continues to inspire, indulge and entertain an international fan base.

Make Your Haters Your Congratulators

Vivica has been as to speak around the world to women of all walks of life about “Owning Your Future” and “Taking Charge of your Best Life Now." Her book Everyday I’m Hustlin was well received and reviewed. Other topic includes "Create Your Own Wealth" and "Sign Your Own Checks." Vivica believes in women being totally in charge of their finances and the health of those finances.

Being a woman of a certain age Vivica believes that your health will always be your best asset and in order for you to retain total control of every aspect of life you must be healthy. This includes your mental health as well as the physical. She has spoken at length to many young women of all ethnic background and the message stay’s the same. Overall health starts in your mind. She has spoken on Body Shaming and being comfortable in your on skin. These topics play very well to her younger female audience.

Vivica’s work and support of Best Buddies which does an amazing job working to show these beautiful people they have place in this world. Gigi’s Playhouse is another favorite charity she loves working with. Their work and service in the Down syndrome space is absolutely incredible and is over the moon to be a part of it all. Wounded Warriors program is another favorite of hers. She has been a strong advocate for these men and women returning home with challenges they did not have before they went to serve our great country.

Domestic Violence: This Too Shall Past

This mantra she tells women who suffering or has suffered physical and mental abuse at the hands of someone who claimed to love you. Vivica works with Sojourn House and Alexandria House in Los Angeles. These shelters help women and children to get help healing and getting back on their feet. She has been a very strong advocate for these women all over the country and spoken to countless women who are victims and recovering from this tragic time in their life.

I Want To Be A Star: So Does Everyone Else

Vivica has been invited to speak at Colleges, Universities and High Schools throughout the United States in the realities of the entertainment business. Her speeches have brought clarity to the often-misunderstood fascination with Hollywood. Once she starts to unveil layer-by-layer of her journey to the so-called top the student’s opinion begins to change. This invaluable insight has requested by some of the best educational institutions and she is in demand for topic often.

“Alexandria House has been most fortunate to receive Vivica’s generosity and kindness. The work we do with Women of Domestic Violence is joyful and rewarding, but what really makes this journey so worth it is when you have women like Vivica that cares and for that we will always be the lucky ones.”

"Vivica A. Fox is the epitome of class and grace. She captivated the audience from the red carpet to the podium. Her work with the Down Syndrome Community is well known and she is very much authentic and sincere when she says she cares. I’m beyond humbled to know this amazing women and wonderful speaker. We would love to have come anytime she wants. What a wonderful Soul!"

"Vivica was such an inspiration at our 2019 Black Girls Health Expo. She truly gave wisdom during our BGH Live Talk Show. The information will make an impactful difference in the lives of Women of Color and Their health."

"Vivica A. Fox a wonderful actress, producer and entrepreneur but she is also a very gifted speaker. The Women Empowerment Conference was huge success and the was because we had Vivica as our keynote speaker. She not inspired and motivated the women attending but the men that attended gained invaluable knowledge as well. We will definitely have her back for other programs she helped us sale this out and it the best yet. Vivica is terrific!" 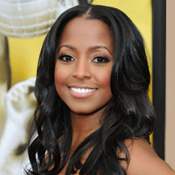