Emmy award-winning producer and acclaimed author Wendy Walker is a legend in her own right in the global broadcast industry. As Senior Executive Producer of the iconic talk show Larry King Live, Walker played a critical role in bringing the biggest news stories and personalities of the past two decades into the living rooms of millions of global viewers on a nightly basis. Read More >

For more than 17 years at the helm of Larry King Live, Walker oversaw all planning and production for CNN’s top-ranked, critically acclaimed program, which was the world’s first live, globally televised viewer call-in show. During her tenure, Larry King Live established an unrivaled reputation for quality programming and exclusive interviews with A-list guests, prompting Barbara Walters to describe Walker as one of the most “relentless” producers of all time.

Walker’s career is full of television “firsts,” having orchestrated Larry King Live’s coverage of the most seminal breaking news events of our time, including the Haiti earthquake, Hurricane Katrina, the 9/11 terrorist attacks, the war in Iraq, and the past five presidential elections. Her live coverage of Haiti and the Gulf was complemented by highly acclaimed network telethons such as “Haiti: How You Can Help” and “Disaster in the Gulf: How You Can Help.”

Thanks to an innate ability to conceive and craft headline-making news programs that attract record ratings, Walker secured Larry King Live’s role as the world’s most popular news and entertainment talk show. One of the many programs that cemented that reputation was the famed 1993 NAFTA debate between then-Vice President Al Gore and Ross Perot. This historic face-off attracted more than 16.3 million viewers and broke cable industry ratings records. In 1995, Walker also produced an unprecedented, news-breaking hour on the Middle East peace process with PLO Chairman Yasser Arafat, King Hussein of Jordan, and Israeli Prime Minister Yitzhak Rabin.

Other memorable Larry King Live shows orchestrated by Walker include the momentous 50th Anniversary of D-Day coverage live from Normandy in 1994; the live 2007 Las Vegas Beatles Reunion with Sir Paul McCartney, Ringo Starr, Yoko Ono, and Olivia Harrison—the only interview the four legends have ever done together; and the 2010 exclusive Graceland Elvis Special with Priscilla Presley.

Walker’s broadcast talents also extend into the realm of program development. She played a leading role behind the concept and development of Nancy Grace, one of the highest-rated shows on CNN’s Headline News, and was also behind the programming concept for the CNN Heroes Specials, which have been extremely popular with CNN viewers.

Emmy Magazine credits Walker’s “intuition and experience” with shaping the combination of newsmakers that was the key to Larry King Live’s success. Over the years, Walker has received numerous accolades and awards, including: an Emmy Award for Outstanding Interview with Texas death row inmate Karla Faye Tucker; two Emmy nominations for interviews with Mattie Stepanek and Sir Paul McCartney; three Peabody Awards for CNN’s coverage of the 2008 Presidential primary campaigns and debates, Hurricane Katrina, and Larry King Live’s 1992 coverage of the Presidential Election; the Alfred I. DuPont-Columbia University Award for Coverage of the Tsunami Disaster in South Asia; the First Amendment Service Award by the Radio and Television Directors Foundation, along with CBS 60 Minutes anchor Ed Bradley; a CableAce Award in 1993 for Larry King Live as “Best Talk Show Series”; three Gracie Allen Awards from the American Women in Radio and Television; and the Humane Society’s Genesis Award for Outstanding Talk Show.

Walker began her broadcast career at ABC. From there, she was recruited to help start CNN, where she has worked since the network’s debut in 1980. Before taking over Larry King Live, Walker spent a decade as CNN’s senior executive White House producer. She helped build CNN’s reputation with the White House from the ground up. Earlier in her CNN career, Walker served as senior event producer for 11 superpower summits in remote locations across the globe, including Geneva, Helsinki, Reykjavik, Malta, and Moscow.

In addition to her work at CNN, Walker also serves on the board of the Kids Korps, a national organization that involves children and young adults in volunteer mentoring programs. In March 2005, Kids Korps recognized her with its Individual Leadership Award for her long commitment to the organization. In 2004, she was honored by Adopt-a-Minefield for bringing attention to the international landmine crisis.

Walker is the author of Producer: Lessons Shared from 30 Years in Television, and currently serves as CNN Senior Vice President and Senior Executive Producer of Larry King specials. She has a BA and an honorary doctorate of law from Hollins College. Read Less ^

The Producer: Thirty Years in Television

The Producer: On the Job

An Evening with Wendy Walker: Lessons Shared from 30 Years in Television 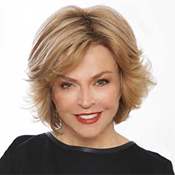 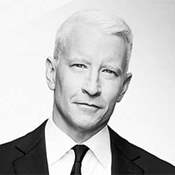 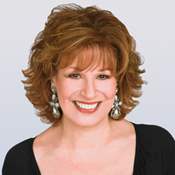 Co-Host of The View & Comedian