A former major in the political branch of the KGB Foreign Intelligence Service, Yuri Shvets is the key source behind American Kompromat, the bombshell bestseller that alleges that former President Donald Trump was cultivated as a Russian asset for over 40 years. Shvets’ account, which parallels The Manchurian Candidate, began in 1980 when Shvets was posted in Washington D.C., posing as a correspondent for the Russian news agency, TASS, and Trump had just opened his first property development, the Grand Hyatt New York Hotel. According to Shvets, Trump was the ideal target for Soviet recruitment. “He was the perfect combination of extremes: Extreme vanity, extremely low IQ, extreme vulnerability to flattery, and of course, extremely greedy.” Read More >

Shvets, the author of the book, Washington Station: My Life as a KGB Spy in America, is a veteran of the most elite departments of the KGB, including the American department of HUMINT, where he was tasked with cultivating and recruiting Americans with high level political access. Shvets began his career as Vladimir Putin’s college mate at the Academy of the KGB Foreign Intelligence, where he earned a master’s degree in International law. He also holds bachelor's degrees in French, English and Spanish, all with the highest honors. Shvets was stationed in the U.S. between 1985-1987 and resigned from the KGB on political grounds in 1990. In 1993, he moved permanently to the United States, where he now holds citizenship. Shvets currently works in private business security. His work has focused on investigating the former Soviet Union on behalf of American and West European businesses, including major banks, hedge funds, and top international aerospace and oil companies. Shvets also investigated Russian assassination operations in the UK, including that of his business partner, Russian exile Aleksandr Litvinenko, who was poisoned by radioactive polonium in 2006. Shvets later testified as a key expert witness at the Royal Court of London inquest on Litvinenko’s assassination. He has also testified before Congress on money laundering and organized crime in the former Soviet Union.

With the publication of American Kompromat, Shvets is once again in the media spotlight, as the lead source for a recent exposé in The Guardian. He has had two appearances on CBS’ 60 Minutes, multiple appearances on foreign TV networks, and was interviewed by a number of American and foreign media. His interviews on Russian foreign policy, Vladimir Putin, and Russian security agencies have been viewed by tens of millions in Russia and the Ukraine.

A highly engaging speaker, Shvets pulls back the curtain on the Russian intelligence community, its former and current operations, active measures, electronic penetration, and an infiltration of America’s seats of power that reached as high as the Oval Office. Trained alongside those who now preside over the highest levels of today’s Russian intelligence apparatus, he shares an invaluable insider’s analysis of the personalities, culture, motivations, goals, and modus operandi of President Putin and his inner circle. Read Less ^

My Life As A KGB Spy In America

Is Donald Trump a Russian Asset?

In Russian, the word, “kompromat,” short for “compromising material,” refers to damaging information that can be used for blackmail or to exert influence. Throughout the Trump presidency, many in Washington wondered if kompromat was at the heart of Trump’s failure to stand up to Russia and Vladimir Putin. Now, former KGB Major Yuri Shvets, who was an active recruiter of American intelligence assets during the 1980s, reveals the shocking truth. Read More >

Shvets, the key source for the bombshell bestseller, American Kompromat, tells the story of how Trump was first spotted by the KGB back in 1980 and groomed by the Russians to pursue a political career. Claiming that the Mueller investigation was “a big disappointment,” Shvets reveals the incredible findings of his own investigation that “picks up where the Mueller Investigation leaves off.” Unpacking a 40-year story that parallels The Manchurian Candidate, with his own insights into the highest levels of Putin’s inner circle, Shvets weaves a real-life political thriller of Russian espionage and influence that reached as high as the White House itself. Read Less ^

Fundamentals of Putin’s Regime & Its Future: Ramifications for the US Foreign Policy

Russia is ruled by an organized crime group, yet Putin’s evolution went from Mr. Nobody to a thug to a Tsar. As an insider, Shvets knows Putin has a strong inferiority complex, which he tries to suppress by machismo with childish overtones. Shvets explains to audiences that political and economic systems developed under Putin’s presidency are designed to help him stay in power, but kill the economy. To deflect the Russian people’s attention away from the deteriorating economic situation, Putin needs foreign and domestic “enemies.” On an international arena, he will bite as much as he is allowed. Containing Putin’s Russia is the main challenge for the West, and Shvets has recipes of how to do this efficiently and safely.

Russian Intelligence Community Under Putin: Evolution from the KGB to FSB/SVR

In this keynote, Yuri Shvets discusses the criminalization of the Russian security agencies during the 1990s, which have now turned into a major organized crime group under Putin. Currently, the FSB is the dominant intel agency and has become a for profit corporation, with achievements and failures. In addition, Shvets shares how there are Russian intelligence operations against the US, with immigration from Russia being used widely to build the “fifth column” in the US and Europe, causing implications for the US intelligence community.

What lies behind Putin’s intelligence community? Shvets uses his insider knowledge to share active measures they are taking, recruitment practices, money laundering and the use of deadly force (including poisons) to assassinate people inside Russia and abroad. 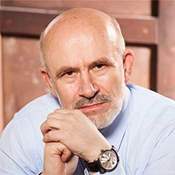