Alan Blaustein is a semi-professional patient whose journey through the inefficiencies of the healthcare system began with his 2005 thymic cancer diagnosis. Along the way he has learned the many healthcare system challenges the hard way, namely the lack of communication, coordination, and communication that permeate the system and leave the patient feeling completely lost in the process.  Read More >

To work, our system has to put the patient into the middle of his own care, rather than as an afterthought in a tangled bureaucracy. Together with his friend and business partner, Dr. Nancy Snyderman, Blaustein founded CarePlanners to help people to make better healthcare decisions for themselves and their loved ones in the face of our complex healthcare system. CarePlanners was launched in June 2012.

Blaustein has been involved with entrepreneurial ventures for almost 20 years. As an attorney, he led the initial public offerings for more than 15 companies in the Internet and media spaces. In addition to this, he served as president of worldwide corporate development and strategy for About.com, and served as CEO of Flexplay Technologies. Blaustein has also developed Internet strategies for a myriad of companies, including F+W Magazine, Ford Models, and the Cancer Support Community. In 2009, he co-founded e-commerce company OpenSky.

Alan Blaustein spends as much time as he can on charitable activities. He founded the annual Stinky Ball (his son's name for his thymic cancer) to benefit the Foundation for Thymic Cancer Research, raising nearly $1 million since 2006. Most importantly, he is the father of three wonderful kids for whom he wants to set a lasting example of the right way to do things. Read Less ^

The Most Important Healthcare Job: How Patient Navigation Can Improve Health Outcomes 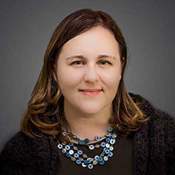