A board-certified internist, Dr. Nash is internationally recognized for his work in public accountability for outcomes, physician leadership development, and quality-of-care improvement.

Repeatedly named to Modern Healthcare’s list of Most Powerful Persons in Healthcare, his national activities cover a wide scope. Dr. Nash is a principal faculty member for quality of care programming for the American Association for Physician Leadership (AAPL) in Tampa, FL. He serves on the NQF Task Force on Improving Population Health and the John M. Eisenberg Award Committee for The Joint Commission. He also is a founding member of the AAMC-IQ Steering Committee, the group charged with infusing the tenets of quality and safety into medical education. Dr. Nash was recently appointed to the Executive Research Advisory Council (ERAC) of the Pharmaceutical Quality Alliance (PQA) in Washington, DC.

Dr. Nash has governance responsibilities for organizations in the public and private sectors. He has chaired the Technical Advisory Group (TAG) of the Pennsylvania Health Care Cost Containment Council (HC4) for more than 20 years and he is widely recognized as a pioneer in the public reporting of outcomes. Dr. Nash has been a hospital trustee for 20 years. He served on the Board of Trustees of Catholic Healthcare Partners (now Mercy Partners), in Cincinnati, OH (1998–2008), where he was the inaugural chair of the board committee on Quality and Safety. He concluded his tenure (2009-2017) on the board of Main Line Health, a four-hospital system in suburban Philadelphia, PA, where he also chaired the board committee on Quality and Safety. He now serves on the board of the Geisinger Commonwealth School of Medicine (GCSOM). In 2018 he joined the board of the National Investment Center for Senior Housing and Care (NIC) – a national not-for-profit to enable housing choices for elders. Finally, in 2019, he joined the AMGA Foundation Board in Arlington, VA.

In the for-profit sector, he very recently completed nearly a decade as a member of the Board of Directors for Humana, Inc., one of the nation’s largest publically traded healthcare companies. In 2014 he joined the board of InfoMC, a leading information technology company in suburban Philadelphia. He is on the health care advisory board for Arsenal Capital Partners in NYC and just joined the board of Tract Manager, a portfolio company of Arsenal. In late 2018 he joined the board of ANI Pharmaceuticals, a publicly traded generic drug manufacturer, headquartered in Baudette, MN.

Dr. Nash has received many awards in recognition of his achievements. He received the top recognition award from the Academy of Managed Care Pharmacy (1995), the Philadelphia Business Journal Healthcare Heroes Award (1997), and was named an honorary distinguished fellow of the American College of Physician Executives (now AAPL) in 1998. In 2006 he received the Elliot Stone Award for leadership in public accountability for health data from NAHDO. Wharton honored Dr. Nash in 2009 with the Wharton Healthcare Alumni Achievement Award and in 2012 with the Joseph Wharton Social Impact Award. Also in 2012, he received the Philadelphia Business Journal award for innovation in medical education.

Dr. Nash’s work is well known through his many publications, public appearances, and online column on MedPage Today. He has authored more than 100 peer-reviewed articles and edited 25 books, including Connecting with the New Healthcare Consumer, The Quality Solution, Demand Better, and most recently Population Health: Creating a Culture of Wellness (2nd edition). He was the inaugural Deputy Editor of Annals of Internal Medicine (1984-1989). Currently, he is Editor-in-Chief of American Journal of Medical Quality, Population Health Management, P&T, and American Health and Drug Benefits.

An Introduction to Population Health

How To Improve Healthcare While Lowering Costs

Much of the healthcare debate is centered on cost - the skyrocketing cost of direct patient care, the cost to insure millions of currently uninsured people, the administrative costs that eat up a large chunk of every healthcare dollar, the cost of defensive medicine to avert malpractice lawsuits. How can it be that we spend more than $700 billion each year on medical care that fails to improve patients' health and often harms them? The problems are cultural. We "know," for example, that modern medicine is largely backed up by solid science. We boast that our delivery system is superior because we offer access to more and newer services than any other country. We've focused a great deal on safety improvement over the past decade. Our physicians and hospitals are paid to deliver the right care. Our medical schools are the envy of the world. All of this we know. Read More >

There is no easy fix to these problems, of course. But there is a best place to look: focus on quality. This is a book about debunking healthcare myths through the lens of quality. Poor healthcare quality derives from uncertainty in clinical decision-making, from persistent unexplained variation in physician practice patterns, from still-inadequate accountability for quality and patient safety, from payment for piecework and from medical training curriculum that is decades behind the curve. Reclaiming quality by addressing each of these deficiencies will transform the economics of our healthcare system.

This is not a utopian critique. It is based on a quality revolution that is already underway and is gradually transforming the way medical care is delivered in the U.S. This is a pivotal moment in American healthcare delivery, marked by tremendous innovation. Much of that innovation is aimed at "busting" our counterproductive myths: improving physician decision-making, building a better research base to compare the effectiveness of different treatments for the same medical condition, devising accountability mechanisms that work, piloting second-generation pay-for-performance models, paying greater attention to quality improvement in medical training curriculum and expanding access to quality care in non-traditional venues.

Even the reader who thinks he or she knows all about some of the topics in this book will appreciate the manner in which DEMAND BETTER! integrates these topics into a cohesive appraisal of core problems and cutting-edge solutions that are of great interest to them. DEMAND BETTER! synthesizes for the healthcare executive the many trends, initiatives, reports, organizations and policies that look beyond our healthcare myths and stand on the front lines of the quality and safety revolution. Read Less ^

Dr. Nash calls on the fields of public health, health administration, medicine, health law, and public policy to improve the quality of health care in the US and participate in the system's transformation. This program offers an overview of current problems and inadequacies; the measures and tools of quality improvement; the role of stakeholders including physicians, employers, and patients; and future possibilities offered by information technology, medical education, and other realms. Read More >

His program compiles the most current information on quality issues, tools and strategies impacting healthcare. His core premise is that the key to effective improvement is centering all efforts on the needs of patients. With the future of healthcare revolving around the patient, the tools from this program prove invaluable. Key points include: Read Less ^

Many hospitals and health systems have shifted their focus from treating patients who need immediate care to improving the overall health of their community. This model, known as population health management (PHM), not only produces better outcomes, but it also helps healthcare organizations deliver higher quality care and increase profitability. While the benefits of population health management are clear, implementation is anything but. There are countless strategies and solutions to consider, and success rates for each one vary from facility to facility. In this presentation Dr. Nash will focus on population health in the context of the system's transformation away from traditional fee-for-service and towards outcomes-driven, value-based healthcare. Discussing population management for improving community wellness, the role of health care providers, and how health reform is yielding new organizational structures and payment models, Dr. Nash will share his insight on what providers need to do to change organizational culture in this new, evolving environment.

Practicing Medicine In The 21st Century

"Unfortunately, we have a long way to go before we can depend on safe, effective health care in American hospitals. I’m grateful to thought leaders like David Nash who bring rare clarity to both the problems and the solutions. This is an excellent overview of complex and sensitive issues, and a well-lit roadmap for those of us determined to bring about real change."

The Quality Solution: The Stakeholder's Guide to Improving Health Care 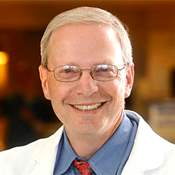 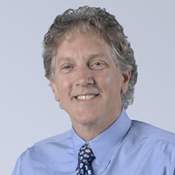