Amy Dee is recognized by audiences across the country as a master storyteller and brilliant comedian. She combines her background in standup comedy and theatre with her RN degree and experience as a successful business owner to deliver hilarious stories and valuable content on the brain and behavior. Her message and music rise above the boundaries of gender, age, and occupation. Amy's hilarious stories coupled with her phenomenal content propels audiences to live, act, and work better. Her authentic spirit and down to earth approach have made her one of the most sought-after speakers throughout the United States. She is truly one of the best speakers in the country at combining message and humor. Read More >

Amy’s background is as diverse as her audiences. She once ran a non-profit where she managed five hundred volunteers and organized multiple fundraisers that culminated in an eight-hour telethon.

Amy lived in Norway from 1994-2003, and while learning to speak, read and write in Norwegian, she started a photo calendar business in her home. Her company grew to become Xerox’s largest customer in Scandinavia.

Amy returned to college at age forty-three to obtain her RN degree. She was nominated for Nurse of the Year on six times during her nine years as a Psychiatric RN. Amy has been a monthly guest expert on NBC affiliate ND Today. She has written four books and numerous song parodies. Read Less ^

Stress Can Hijack Your Thoughts

Every Monday I Start a Diet

Resilience is about awareness perspective and choice.  It is the bridge between challenges and dreams. 2020 tested our businesses like never before.  Amy gives practical mind tools that will empower you thrive through challenges. Laugh while learning techniques to harness your own resilience and build a brighter better future.

Motivational Speaker, Amy Dee, turns advanced behavioral science into practical “retrain your brain” techniques for keeping negative thoughts from creating crazy-toxic emotions and situations at home and at work. From interacting with difficult patients and coworkers, to coping with the epidemic overload of paperwork, processes, and long hours, she has a genius for using humor to reveal our profound power to stay sane by making small, personal choices each day that wind up changing... everything!

Think of mental flexibility as being akin to changing channels on your TV, but instead, the channels are your thoughts, and the TV is your brain. If you get stuck on one channel, your stream-of-thoughts or beliefs cannot be updated or altered. Flexible thinking is a necessary skill for dealing with life’s challenges.

Remember Your Power to Outsmart Your Brain. Read More >

We like to believe we are rational but we are much more prone to irrrational behavior than we think. What makes a first impression a lasting impression? How can you help your customer remember the good moments of service and remain loyal? What psychological forces guide you and your clients’ irrational behaviors? How do these forces sneak up on all us and affect our choices, decisions, loyalty and relationships? Why don’t we realize when we’re getting influenced? In this keynote your audience will laugh while exploring several of the psychological forces that thwart rational thinking. You’ll understand how both you and your customer are vulnerable to the pull of irrational behaviors. When you better understanding the seductive pull of these forces, your customer service will improve and both you and your customer will be less likely to be duped by them in the future. Read Less ^

It’s Not You, It’s Your Brain

Did you know that every day you are exposed to as much information as your 15th century ancestor experienced in a lifetime? You are not only experiencing epidemic “overwhelm” of information and choices, you’re being asked to do more with less. Time management isn’t enough. Today you need MIND MANAGEMENT. Amy’s hilarious stories and memorable metaphors will help you organize your day for better brain benefit, and steer around cognitive biases that hinder objective thinking, and positively deal with daily challenges. Amy will explain how self-compassion leads to better customer service. Laugh while learning practical tools you can immediately apply to make every day more productive and satisfying. Read Less ^

Decide to like more things…like your crabby neighbor, like your dimpled thighs, like those hairs growing out of your chin. Quit trying to squeeze into those size four jeans from high school because your bones got bigger. Celebrate your Bold Woman Bliss! Created for women’s events. This fun, enlightening, inspirational keynote is full of humor, music, and celebration. It is perfect for “Women’s Night Out” events and will have your group roaring with laughter, zinging with inspiration, and dancing with a renewed sense of their own amazing power and greatness as women in this world! Amy inspires women to Live Everyday Bliss… This program is in honor of and to Celebrate Woman! This one’s for the girls! Read Less ^

"I would highly recommend Amy Dee as a Keynote speaker. She was our closing Keynote for TCSHRM’s Spring Conference and definitely was something to see. She is entertaining from the moment she hit the stage with her story telling and songs she sang. While planning for the conference with Amy, she was always upbeat and enthusiastic. She was extremely professional and anticipated what to bring with her to make her time on stage go off without a hitch. All around we had a great time with Amy Dee and would recommend her to anyone looking for a speaker that can bring that something extra to their event."

“I loved this!!!! She more than engaged her audience. Through her words, she painted an entire movie where the listener could picture everything she was talking about. How to interact with others through kindness, how to see the humor and positive in each situation. I was laughing so hard at the end, I'm surprised no one came into my office to see what was going on. Would love to see her again. Her positive, upbeat energy is contagious.”

"There are many words that would describe Amy Dee. She is funny, humble, smart, relatable, professional and kind. She moderated our day-long virtual education for behavioral health staff beautifully with her husband as her IT/camera man. Both did an outstanding job! The audience enjoyed her humor as well as the wisdom she shared in memorable ways. She was an absolute joy to work with as well. The kindness she showed afterward to our hospitals with sweet gifts just shows that her heart is there for health care. I will look for many more opportunities to use her and plan to spread her name to all I know."

“Amy Dee was outstanding and really impressed our members.  The compliments keep coming in long after the event.  Her experience in healthcare and outlook on life combined for a great keynote at our annual convention.  Thoroughly entertaining, very thoughtful and yet hilarious!  All with an amazing demeanor before, during and after the show and a real connection with our owners, operators, administrators and nurse members.”

“Amy brought the ‘WOW’ to our employee celebration week. Amy has a remarkable ability to captivate the audience through humor, story-telling, and music—providing a memorable experience that our employees are still raving about.  She is truly a positive difference-maker!”

“She knocked the socks off close to 600 attendees with her humor, music, and true life stories. She is an inspiration to us all and guides us to never give up on our dreams. Our event was a pure success thanks to her.” 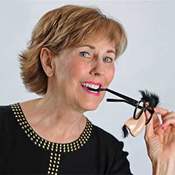 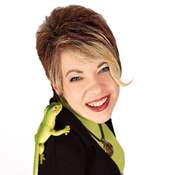