David Glickman works with healthcare organizations that want to add some comic relief to their events in order to make them really fun and memorable. With a portable keyboard slung over his shoulders on a strap, he combines humor and music in an exciting customized program unlike anything you’ve ever seen. Glickman has been presenting programs to healthcare professionals since 1981. He began his career as director of public relations for the American Heart Association of Greater Miami. In that position he made media appearances and spoke to audiences on the risks of heart disease and stroke. Read More >

In 1985, he left the American Heart Association to become a full-time speaker and entertainer. He has presented over 2,000 programs since that time, specializing in finding humor in the hectic healthcare environment.

In addition to his programs for healthcare groups, Glickman has also performed comedy for mainstream audiences. He has appeared on Evening at the Improv and several other national television shows. He has been the opening act for stars such as The Beach Boys, Engelbert Humperdinck, Ellen DeGeneres, and Ray Romano, and even performed at Gloria Estefan’s birthday party.

Also a business owner, Glickman shares commonsense business strategies with his corporate audiences. He has owned several comedy clubs in the South Florida area and in Atlantic City Casinos, which garnered praise in Rolling Stone magazine and other publications.

Glickman specializes in customized business humor and is an expert in “finding the funny” in the many Fortune 500 companies to whom he has spoken. He is the author of Punchline Your Bottom Line: 76 Ways to Get Any Business Audience Laughing, with contains a foreword by Dave Barry. Read Less ^

A Dose of Healthcare

A Dose of Healthcare Humor

This program is designed to serve as a tool for stress reduction in the healthcare workplace. By examining the humor that can be extrapolated from even the most stressful work-related scenarios, the attendees will learn how to “look for the humor” when faced with these situations. Read More >

Punchline Your Bottom Line: Get Any Business Audience Laughing

"I wanted to say THANK YOU so much for recommending David to speak at our Annual Conference in September! Everyone LOVED his presentation and many are saying he was the best keynote that we have ever had—wow!)." 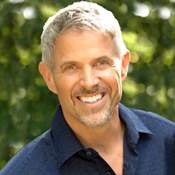