Amy Ziering is a two-time Emmy Award–winning and Academy Award-nominated documentary filmmaker. Her most recent film, The Hunting Ground — a piercing, monumental exposé of rape culture on college campuses — premiered at the 2015 Sundance Film Festival, was released by Radius and CNN, is the 2016 recipient of the Producer’s Guild of America’s Stanley Kramer Award, shortlisted for the Academy Award for Best Documentary Feature, was nominated for the Academy Award for Best Original Song as well as the 2016 Emmy for Exceptional Merit - Documentary Filmmaking, and won the Emmy for Outstanding Original Music and Lyrics. Read More >

Her previous film, The Invisible War, a groundbreaking investigation into the epidemic of rape in the U.S. military, won the Audience Award at the 2012 Sundance Film Festival, won two 2014 Emmy Awards for Best Documentary and Outstanding Investigative Journalism and was nominated for an Oscar. The film spurred Secretary of Defense Leon Panetta to announce significant policy changes and catalyzed the passing of 35 pieces of reform legislation. She is also the Producer of Outrage — an indictment of the hypocrisy of powerful, closeted politicians and the institutions that protect them, which received an Emmy nomination for Outstanding Investigative Journalism.

She is the 2012 recipient of the Nestor Almendros Prize for Courage and Filmmaking, the 2013 Ridenhour Documentary Film Prize, the 2013 Gracie Award for Outstanding Producer - News/Non-Fiction and the 2013 Peabody Award. She has worked with musical artists such as Academy Award winning composer, Ryuichi Sakamoto; Grammy award winner, Mary J. Blige; eight time Academy Award nominated songwriter, Diane Warren; and global superstar, Lady Gaga. She is a frequent commentator on CNN and MSNBC, and has appeared on The Daily Show and Good Morning America. Ziering is currently completing a new original investigative feature for Netflix and is in the early stages of  production on a Hollywood Assaults film. Read Less ^

The Importance of Amplification

Perpetrators Are Finally Being Held Accountable

In-depth talk about the power of film to effect meaningful and transformative change via case studies of the policy and cultural transformations effected by The Invisible War and/or The Hunting Ground.

Humorous talk peppered with clips from different films, about Amy’s unusual journey as a filmmaker and activist  - making unconventional films that attracted widespread interest and activism despite being told by everyone they were “unwatchable” and “unmarketable.”

A remarkable story of how filmmakers could alter the national discourse on an issue long deemed intractable.

The difference gender makes behind the scenes and on the screen - analysis of the problem, it’s effects and practical solutions. 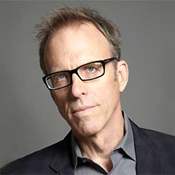