One of the nation’s foremost Hispanic educators, Dr. Ana Margarita “Cha” Guzmán served as senior advisor to the Secretary of Education during the second term of the Clinton Administration. This Cuban native has been in educational administration for more than 15 years and is a leading voice for Hispanic Americans in education. Read More >

While at the Education Department, Dr. Guzmán identified steps to promote educational access to members of the Hispanic community and worked with senior officers and program directors to ensure that all results impacting the Hispanic community were recognized. She was influential in creating a new vision for the role of technical education in maintaining the competitive viability of this country’s workforce and in finding ways to make adult education more readily available to the Hispanic community.

Dr. Guzmán also served as the chair of President Clinton’s White House Commission on Educational Excellence for Hispanic Americans from 1993 to 2000. As part of this role, she was responsible for the development of the following publications: Our Nation on the Fault Line: Hispanic American Education (1996); Testing Hispanic Students in the United States: Technical and Policy Issues (1999); and What Works for Latino Youth (2000).

Dr. Guzmán began her career in education as a teacher. She was the principal of a middle school and the director of staff development for the Houston Independent School District. She has also served as associate chancellor for Academic Support Programs of the Texas A&M University System, program director for the Texas Alliance for Minority Participation (AMP), and program officer at the National Science Foundation. In addition, Dr. Guzmán has served as president of the Texas Association for Bilingual Education (TABE) and she is a member of the Texas Association for Chicanos in Higher Education (TACHE). Read Less ^

Hispanics in the 21st Century 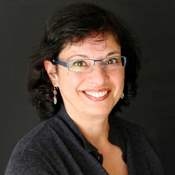