Aphrodite Jones is a best-selling true crime author and journalist who uses her reporter’s hunch to investigate high-profile crimes and murder cases. Through her eyes, Jones sheds light on the dark motives and emotional truths lurking behind the headlines. Over the past two decades, she has provided TV news commentary and courtroom trial coverage for cases such as O.J. Simpson, Casey Anthony, Michael Jackson, Robert Blake, Bill Cosby, and most recently, NXIVM sex-cult leader Keith Raniere. Read More >

In recent years, the author created a hit reality crime TV series, True Crime with Aphrodite Jones, which aired on Investigation Discovery for six seasons. The series followed Jones as she unraveled new mysteries in cases that shocked America: O.J. Simpson, Jon Benet Ramsey, Anna Nicole Smith, Chandra Levy, and the Menendez Brothers, to name a few. Fans of True Crime came to know they could rely on Jones to present each criminal case with authority and flair, to depict a chilling portrait of the crime, and to treat every victim with compassion.

Jones knows the crime world first hand. She’s a known TV persona who doesn’t sugar-coat important issues for viewers. She has a penchant for “telling it like it is” and in her 25 years of crime reporting, she has appeared as a crime expert on NBC, CBS, CNN, HLN, MSNBC, Court TV, TLC and FOX News. Her expert opinions have also been featured on shows such as Entertainment Tonight, Inside Edition, Extra!, Anderson Live, Forensic Files, E! News, The New Detectives, American Justice, Deadline Crime, The Jury Speaks, CBS This Morning, The Today Show, Dateline NBC and Dr.Oz.

Before landing the hosting position with Investigation Discovery, Jones worked as an investigative reporter for FOX News covering the trials of Scott Peterson, Michael Jackson, Barry Bonds, Jerry Sandusky, and Dennis Rader (the BTK Killer). Early in her career, Jones worked as a crime correspondent for America’s Most Wanted and later went on to host a true crime show called The Justice Hunters for USA Network.

Her true crime career boomed when Jones’s first book, The FBI Killer, was quickly turned into an ABC TV movie, Betrayed by Love, starring Patricia Arquette. Not long afterward, Jones landed the exclusive rights to a teen crime murder that catapulted her book Cruel Sacrifice, to the top of the New York Times list. Her book All She Wanted, a true account of a transgender hate crime in Nebraska, became the inspiration for the Oscar-winning film Boys Don't Cry. Jones’s seventh book, A Perfect Husband, which chronicled the Michael Peterson murder case, inspired a Lifetime movie called The Staircase Murders, and is now the subject of the Netflix series, The Staircase.

Jones is currently working on a new TV project, a new true crime podcast called This Is Murder, as well as a new true crime book, still under-wraps. She most recently covered the trial of the infamous drug kingpin El Chapo Guzman for REELZ TV. Read Less ^

Diving into kingpin's New York trial which she covered gavel-to-gavel, Jones will recount the kingpin's outrageous smuggling strategies and show he ruled a global drug empire with a hands-on approach. Beyond the gory details, wild threats, and a decade of escapes, El Chapo’s life comes to light through the informants who testified, through a cast of colorful characters who witnesses brutal murders and extreme forms of torture. With the help of captured drug lords from Colombia to Chicago, the jury found out just how controlling and brilliant El Chapo was. Aside from the drug business, Jones will paint a picture of the alluring sexual nature of El Chapo, which ultimately lead to his downfall. As Jones peels back layers of this larger-than-life character, people will be shocked by the demented mind of El Chapo and the stranger-than-strange world he created.

O.J. Simpson: A First-Hand Account of a Narcissistic Personality

Complete with never-before-seen video footage of OJ Simpson at his home in Brentwood, Jones will share quirky details about the sports star, giving people a glimpse into his mindset as she recounts her extensive interviews with OJ's most-trusted sports agent, Mike Gilbert. People think the Las Vegas jury wanted to punish OJ for getting away with murder, but, having covered the trial in Vegas from gavel-to-gavel, Jones will show exactly how the detailed accounts of OJ's illegal acts in Nevada lead to his guilty verdict. Focusing on OJ's outrageous comments (caught on tape) as well as her personal interface with OJ Simpson, Jones reveals how OJ Simpson gives a whole new meaning to the word: narcissist.

The Staircase: The Novelist Who Almost Got Away with Murder

Michael Peterson, convicted of killing his wife, Kathleen, who "fell down the stairs" in their North Carolina mansion back in 2001, was not only convicted of First Degree Murder – he was sentenced to serve life in prison without parole. In a weird twist, after serving eight years in prison and losing all his appeals, a mistrial was declared and in 2011 Peterson was released, awaiting a new trial. In an attempt to prove his innocence, Peterson allowed a French filmmaker to document his side of the story, giving the filmmaker unfettered access to his family and his defense team. Although Peterson ultimately took an Alford plea, pleading guilty to Manslaughter, the novelist has gained a host of supporters who now believe in his innocence. As is the star and centerpiece of the Netflix series, The Staircase, the novelist and the French filmmaker make a strong case against the crooked American justice system. Jones, the author of the best-selling book on this case, A Perfect Husband, gives people the ‘dish’ about the false realities and convenient omissions in The Staircase, backing it up with courtroom evidence, crime scene photos, and a video-taped prison interview she did with the killer himself. 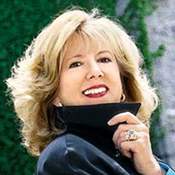