Linda Fairstein, former prosecutor and best-selling crime novelist, is America’s foremost expert on crimes of violence against women and children. For three decades, from 1972 until 2002, she served in the office of the New York County District Attorney’s Office, where she was chief of the sex crimes prosecution unit supervising the investigation and trial of every Manhattan case involving sexual assault, domestic violence, child abuse, and homicides from these crimes. She has directed, or been the lead attorney, in all major litigation in these specialties, ranging from the homicide prosecution of Robert Chambers – “the preppy murder case” – to the trial against the offenders charged with the riot in Central Park following the Puerto Rican Day parade in 2000. Read More >

As America’s foremost expert on crimes against women and children, Linda Fairstein brings her three decades of legal experience to the issues of economic and social empowerment for those most disenfranchised by our society. A role model for legal professionals, women, and public servants, she is credited with changing case law to provide the equitable distribution of justice for victims of violent and sexual crimes.

In addition to her writing, Fairstein is a fellow of the American College of Trial Lawyers. She also serves on nonprofit boards including Safe Horizon Mt. Sinai Hospital’s Sexual Assault Victim Intervention Program, Phoenix House Foundation, and the New York Women’s Agenda.

Profiled on a variety of television programs including 20/20, Fairstein has also been the subject of stories in The New York Times Sunday Magazine, Esquire, Glamour, Time, and Cosmopolitan. In 1993, she was named “Woman of the Year” by both New Woman Magazine and Glamour.

Fairstein is a graduate of Vassar College and the University of Virginia School of Law. In 1998, several of her law school classmates established the Fairstein Public Service Scholarship in her honor at their alma mater to support law school students interested in careers in the public sector. Read Less ^

No Excuse for Abuse

Social & Economic Empowerment for Our Most Disenfranchised 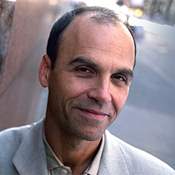 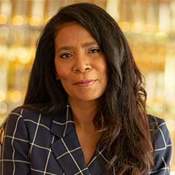