Austin Hatch's story is one of tragedy, incomprehensible loss and triumph. On Labor Day of 2003, Hatch and his family were flying from northern Michigan to Ft. Wayne, Indiana. As they were preparing to land, the aircraft crashed and burst into flames. His father threw him out of the plane to save his life. However, when his father went back into the flames to get the rest of the family, they did not survive. Read More >

Hatch and his father grieved the loss of their family members but found ways to keep living in the midst of the incomprehensible pain. They pushed each other to overcome, and eventually, his dad met a lovely woman named Kimberley, who had three kids of her own. They got married and together, formed a wonderful blended family. Meanwhile, Hatch worked hard on his basketball skills and began to have success on the court.

His dream was to play for The University of Michigan. On June 15, 2011, Coach Beilein offered him a full scholarship to play basketball for The University of Michigan, which he accepted. It was a dream come true. Nine days later, on June 24th, 2011, his father and “second mother” were flying to Northern Michigan to have a weekend of celebration. As they were preparing to land, the aircraft crashed, and his dad and second mom were killed on impact. Hatch suffered severe injuries and was nearly killed.

After being in a coma for over two months, Hatch had to relearn how to walk and talk. With the help of many incredible doctors, therapists, his family and friends, he made a great comeback to take the place at The University of Michigan that Coach Beilein held open for him. Ten years later, he graduated from The University of Michigan and is a full time motivational speaker with a message about Grit & Thriving in the midst of adversity.

It has been said that Grit is working hard for a long period of time. Grit is about consistency over the long term, not just intensity in the short term. That’s true, but how can we apply Grit to our daily lives? How can we use Grit to help us achieve any goal we set for ourselves and for our organizations? Hatch believes the following definition applies to, not only overcoming adversity, but to accomplishing any goal, as well.

Hatch believes that part of the reason he survived two plane crashes, endured tragic losses and made a great recovery, is to help others. He has been sharing his story and message about Grit & Thriving in the midst of adversity to inspire others to overcome the adversity they are facing. We all face challenges every day, and he believes that it is his purpose to help others find ways to thrive in the midst of them. Read Less ^

The Importance of GRIT

Integrity, the third component of Grit. In the context of overcoming adversity, or working to achieve any goal, Hatch believes Integrity is about following through on our commitments, especially when our circumstances change. We owe it to ourselves, to the person we made the commitment to and collectively, we owe it to the team to always do what we said we would do, especially when there is a change in circumstance. Integrity is doing the common things in an uncommon way, consistently. The result of doing the common things in an uncommon way is we’ll leave people and places better than we found them.

The Team First Mentality is the final component of Grit. We won’t achieve anything significant without a great team. Hatch believes we should always think about our teammates first. We should train ourselves to think We before Me. Every person on every team has a role and that role is very important. If we do our very best to fill our role to the best of our ability, the only impact we will have on our team is a positive impact. Read Less ^

“Earlier today over 100 of our firm's associates participated in our Quarterly Business Update. Several hours later, I am still pondering the profound message from our guest speaker Austin Hatch. If you are not familiar with Austin's story, I would suggest that you grab a box of tissues, go to YouTube and type in Austin's name to find the 16 minute clip that ESPN did on his life's story of overcoming significant personal tragedy. But, his story is not finished - his powerful message of G.R.I.T. and overcoming obstacles is extremely inspirational and made a huge impact in our firm today. Thank you Austin! I am so grateful to have gotten to know you.”

“In the space I serve, my goal is to assist clients and their families in preparing for what’s next. Absolutely no one could’ve prepared Austin Hatch for what was to come next in his life as a plane crash survivor as a young boy and again at 16-years-old that left him in critical condition. Austin has felt the pain of losing family members in an instant and the heavy grief that would be nearly impossible for anyone to overcome. Yet, overcome is exactly what Austin did. He battled back to recover from his physical injuries and drove himself hard to become a member of the University of Michigan Basketball Team. Austin taught those around him that a mindset like his cannot be held down. He channels this grit, focus and energy into helping others understand that life isn’t about what happens to you, it’s how you respond to adversity. Austin is a shining example that through the struggles and loss one might have, you are strong enough to overcome any challenge and help those around you to be better. It’s an honor to know Austin, see his exemplary character and I recommend him to the highest degree.”

“Austin was the PERFECT speaker for our team. His message of GRIT and overcoming adversity was so personal and authentic that everyone believed that they too could overcome adversity. To this day, our teams reference Austin’s story and the GRIT behind it. Austin is such a passionate and motivating speaker. We were honored to have him come talk to us and help the Mspark team!”

"I have known Austin since he was at the University of Michigan. I knew him, knew his story, and knew about his outlook on life. So, I asked him to speak to my team about Grit. After an hour, I realized there was so much about his story and about he approaches his daily life that I did not know. His message of determination, positivity, and purpose resonated with each of us in attendance. Austin's speaking style is authentic, his message is incredibly unique, and his view of life is refreshing. Each time I hear Austin speak, I am left exhilarated, focused, and committed to making those around me better."

- Global Vice President of Franchise Development and Recruiting at Domino’s

“With the team dispersed across the country, sheltering in their homes and dealing with the adversity that has been brought on by the COVID pandemic, it was the perfect time for Austin’s message. Austin’s message around approaching adversity with GRIT reinforced the key focus areas that will ensure we don’t lose the successful momentum we had going into the pandemic. Having a growth mindset, being resilient and operating with integrity and as one team is what will keep our positive momentum going, and Austin did a great job of reinforcing the importance of all of these focus areas. He did a great job relating his life experiences to our industry and current business situation and we were fortunate to have him speak to the team.”

- VP of Marketing at Nestlé 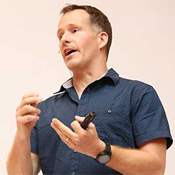 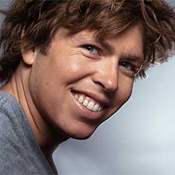 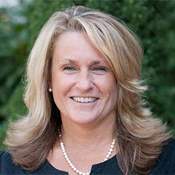 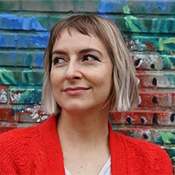