Dr. Bernice A. King is a global thought leader, strategist, solutionist, orator, peace advocate, and CEO of the Martin Luther King, Jr. Center For Nonviolent Social Change (The King Center), which was founded by her mother as the official living memorial to the life, work, and legacy of her father. In this position, Bernice continues to advance her parents’ legacy of nonviolent social change through policy, advocacy, research, as well as education & training through the Kingian philosophy of nonviolence, which she re-branded Nonviolence365™️ (NV365). Read More >

Through her work at The King Center, she educates youth and adults around the world about the nonviolent principles and strategies modeled by her parents. Under her leadership, the Center has implemented numerous initiatives reaching over 500,000 people around the world, including the Beloved Community Leadership Academy, Students with King, NV365 Education & Training, and The Beloved Community Talks, a courageous conversations platform about the difficult racial and social justice issues impacting our world. Dr. King led the development of an NV365 certification program for trainers, which provides individuals with the opportunity to teach the NV365 curriculum on behalf of The King Center. She is an instructor for the program and a trainer.

Dr. King holds a Doctorate of Law from Emory University, A Master of Divinity Degree from Candler School of Theology at Emory University, and a Bachelor’s Degree in Psychology from Spelman College. She also received an honorary Doctor of Divinity from Wesley College and Clinton College. From 1990 -1992 she served as a law clerk for Judge Glenda Hatchett, the Chief Judge of The Fulton County Juvenile Detention Court. She served for seven years as an Assistant Pastor of Greater Rising Star Baptist Church in Atlanta where she organized and developed several new ministries. In 2007, she established the Be A King Scholarship in honor of her mother at Spelman College. Dr. King spearheaded the 2013 “Let Freedom Ring” event commemorating the 50th Anniversary of The March on Washington and her father’s “I Have a Dream” speech. The global event included President Barack Obama, President Bill Clinton, and President Jimmy Carter, members of Congress, as well as many other international leaders, dignitaries, and entertainers.

In March 2018, Dr. King was fortunate to have a private audience with his holiness, Pope Francis. As an alumna of Leadership Atlanta (class of 2020,) she effectively utilized her influence to encourage Atlanta Business leaders to become more active in support of major racial equity and social justice issues, including the successful passage of Georgia's Hate Crime legislation. Dr. King has received numerous awards and recognitions. Most recently she received the Atlanta Business Chronicle Lifetime Achievement Award for Diversity, Equity, and Inclusion. Additionally, The Congressional Black Caucus Foundation honored her in 2020 with their highest award, The Phoenix Award, which recognizes individuals who have made significant contributions to society. As a noted author, she has to her credit, Hard Questions, Heart Answers, as well as a children’s book entitled It Starts with Me, which is a part of The King Center’s Be Love movement.

She is a licensed attorney and member of the State Bar of Georgia; a certified Mediator with the State of Georgia; a member of Alpha Kappa Alpha Sorority Incorporated, the International Women’s Forum (IWF), the National Council of Negro Women; a Board member of the National Black Bank Foundation as well as Faith and Prejudice. Dr. King is an innovative, inspirational, and transformational leader. She is dedicated to ensuring that her parents’ legacy and teachings, The King Center, as well as the work of creating the Beloved Community, with Nonviolence365 as the pathway, are introduced to new generations of influencers. Read Less ^

His Word Does Not Return Void

Equality Vs. Equity | The Ellen Show

Throughout her life and career, Dr. Bernice King has always been asked hard questions—about her father and mother, her work, and her future. Playing off of her book, Hard Questions, Heart Answers, this talk shares with audiences Dr King’s, just like her father’s, rare gift for oratory and the wisdom and compassion to inspire others. Tackling such controversial subjects as our disaffected youth, gun control, and the death penalty, King paints a compelling picture of the spiritual decay and deep-seated racism that infects our society. King also shares her belief in the power of faith to restore our communities, morally and spiritually, and hopes this messaging rings forth in day to day life. The church, she asserts, must return to its helping and healing mission, and each of us, looking into our hearts, must put aside our differences and remember that each human life is precious.

To Whom Much is Given, Much is Expected

“We had the honor of welcoming Dr. Bernice King to campus (virtually). From working with APB to the King Center, all individuals eased the planning process. APB is an amazing agency to work with: attentive to our emails, regularly checked in, and created a smooth transition to connecting with the King Center for our book purchase. It was a pleasure to work with everyone. Dr. King was truly genuine, inspirational, motivational and impactful throughout the evening. We had a successful evening that Bryant will remember.”

"The event was successful! I received many messages expressing how awesome, outstanding and inspiring Dr. King’s speech was." 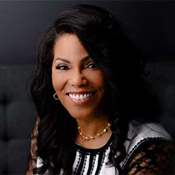 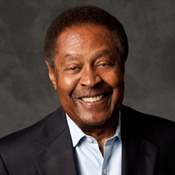