Chad “Corntassel” Smith, the former Principal Chief of the Cherokee Nation, is a soft-spoken strategic thinker who has been a powerful force in building businesses and working toward self-sufficient Native American nations. Smith is a visionary leader with a list of unprecedented accomplishments. Read More >

He looks ahead, knowing that the decisions we make today must serve our children and our children’s children 100 years from now.

During his tenure as Principal Chief from 1999 to 2011, the Cherokee Nation grew its assets from $150 million to $1.2 billion; increased healthcare services from $18 million to $310 million; created 6,000 jobs; and advanced education, language, and cultural preservation dramatically. Chief Smith’s success is a direct result of his principle-based leadership organization and his “Point A to Point B” leadership model, which he shares in his book Leadership Lessons from the Cherokee Nation: Learn from All I Observe. This model works with business, government, and people in everyday life situations.

His efforts outside of the political and business arenas are diversified: he is a renowned legal scholar, enjoys rebuilding old Studebaker cars, was inducted into the National Wrestling Hall of Fame, rappelled from a 19-story hotel to raise money for the Special Olympics, and bicycled the entire 980-mile “Trail of Tears” as part of a Cherokee youth leadership exercise. His dedication is inspiring and contagious.

A principled leader, Chad “Corntassel” Smith speaks passionately about developing leadership, improving education, building self-sufficient tribal nations, preserving cultural values and language, honoring the legacy inherited from his ancestors, and upholding the responsibility to protect and exercise tribal sovereignty. He shares stories, observations, experiences, and insights from his work as Principal Chief and his success in re-building one of the largest Indian nations in the United States. Read Less ^

Leadership Lessons from the Cherokee Nation: Learn from All You Observe

What does leadership mean to you? What's stopping you from making the changes your business needs to thrive? What are the questions you need to ask yourself as a leader in order to pave the way to success for your organization and yourself? Read More >

Chief Chad “Corntassel” Smith, the former Principal Chief of the Cherokee Nation, addresses these questions in this presentation based on his new book, Leadership Lessons from the Cherokee Nation: Learn from All I Observe. Speaking from direct experience, he shares how he turned his 300,000-strong nation from an organization in turmoil and disarray into a functional and healthy entity by introducing the “Point A to Point B” leadership model he used to achieve success.

Smith’s model is based on a traditional Cherokee prayer that encourages people to learn from different perspectives: from Point A, where they must find the humility to understand their place in space and time as well as their strengths and weaknesses, to Point B, where they must create a vision and understand their opportunities. “Leadership Lessons from the Cherokee Nation” will help you ascertain where you are; identify where you want to go; and negotiate the curves, detours, and potholes between the two points. Whether you are the CEO of a large corporation, run your own small business or organization, or are seeking new leadership strategies, you will benefit from these valuable lessons. Read Less ^

Indian tribal governments have a special relationship with the US government. As tribal nations, federally recognized Indian tribes are entitled to enact their own laws and conduct businesses under their own governmental structures. Read More >

The Cherokee Nation government has been recognized in the world community of governments since 1721 when it signed its first treaty with Great Britain. In 1832, the US Supreme Court held that Indian tribes were “domestic dependent nations” with inherent sovereignty and territories exclusive to state governments.

“Nation building” is the process of developing a tribe to build self-sufficient economies and cultural integrity. In this presentation, speaker Chad “Corntassel” Smith provides an understanding of Indian Country and answers popular questions such as: Read Less ^

Designing an Organization to Sustain an Economy

The Navahos are known for silver smithing and the Mohawks for high-iron construction, just as Detroit is known for automobiles, Wall Street for finance, Silicon Valley for computers.

In 2010, Chad “Corntassel” Smith designed, compiled, and edited the award-winning Cherokee art and culture book Building One Fire: The Art and Culture of Cherokee Life. This unique book illustrates the fundamental concept that historically, Cherokees did not have “art for art’s sake.” Read More >

Art design was originally used to decorate and personalize tools, weapons, and utensils. Within the last hundred years however, Cherokees have used art to express cultural stories. In this presentation, speaker Smith provides an in-depth look at how Cherokee identity is composed of cultural attributes as expressed in outstanding and deeply moving art.

Being Cherokee does not consist of teepees, powwows, or being a sidekick for Daniel Boone. Smith’s portrayal and definition of Cherokee art, culture, and thought is accurate, insightful, and beautiful. Read Less ^

This presentation explores the often highly emotional conflict between Freedmen and Indians regarding sovereignty and tribal identity. The core issue is often lost because the general public readily understands race and civil rights issues but does not understand the concepts of tribal citizenship and sovereignty. Read More >

The issue became very controversial in 2007 when members of the United States Congressional Black Caucus filed a bill to strip the Cherokee Nation of $300 million of federal funding unless Freedmen descendants were permitted to become citizens of the Nation. In this presentation, speaker Chad “Corntassel” Smith explores the controversy beyond its press coverage—which only focuses on race—to include the whole story, which involves treaty rights and a multitude of other issues. Read Less ^

Leadership Lessons from the Cherokee Nation: Learn from All I Observe 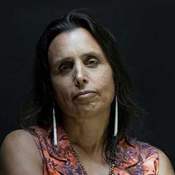