Charles Leadbeater is one of the world leaders on innovation and creativity in organizations.  He develops ideas about innovation, entrepreneurship, public policy, and the knowledge economy for large companies, small organizations, government departments, private sectors, and community groups.  Renowned for his creativity, he has served as advisor to many organizations including Channel Four News Television, Discovery Europe, Atlas Adventure, Ericsson, Accenture, and British Telecom.  He now serves as a Senior Research Associate with Demos, an independent think tank for everyday democracy. Read More >

His book, Living on Thin Air, which discusses how knowledge has become the most creative force in the modern economy, was published in 1999 and translated into numerous languages.  Leadbeater’s The Weightless Society explores the notion that entrepreneurship will become a mass activity.

Leadbeater graduated from Oxford University with degrees in Politics, Economics and Philosophy.  Before becoming self-employed, he was a newspaper journalist for the Financial Times and The Independent where he became Assistant Editor.  During this time he helped devise the popular “Bridget Jones Diary” column and won the David Watt Prize for Journalism for his creativity and efforts. 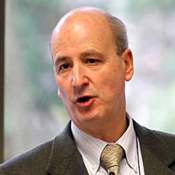