Christine Ervin is a national leader on market-based strategies for green buildings, clean energy and climate change.  Former US Assistant Secretary of Energy in the Clinton Administration overseeing clean energy technologies, and first President and CEO of the highly influential US Green Building Council, Ervin is widely credited for being a major force in today’s vibrant green building market. Read More >

Ervin has led highly successful private-public partnerships to accelerate green technologies and markets for nearly 20 years.  As the US Green Building Council’s first CEO, she led its growth from a startup nonprofit organization into a powerful market force with 5,000 companies and organizations as members, 50 staff and 70 chapters.  During her tenure, the LEED® building rating program became the de facto national green building standard adopted throughout the US and several other countries.  She also led launch of the popular Greenbuild international conference and tradeshow which drew 29,000 attendees in 2009.

Ervin served as US Assistant Secretary of Energy from 1993-1997, directing $1 billion in clean energy technologies in buildings, industry, transportation and utility sectors.  Among her initiatives were the EPA-DOE ENERGY STAR partnership; Million Solar Roofs; the nation’s first sustainable community resource center; streamlined appliance standards; and the High Performance Building Technology roadmap.  In addition, many of the Administration’s voluntary climate change programs were under her purview.  Previously, she directed the highly respected Oregon Department of Energy.

Ervin consults, speaks and writes from her own Portland-based firm.  She serves on numerous public and private boards ranging from the American Council on Renewable Energy and Green Electronics Council to startup companies and venture capital firms.  She also serves as an Editor-at-Large for Greener World Media. Read Less ^

Moving to a sustainable, low-carbon economy is both a daunting challenge and the portal for revolutionary innovation. Ervin weaves together the critical challenges, market drivers and once-in-a-lifetime opportunities to make a difference.

The Exuberant World of Green Buildings

Historically slow to innovate, the building sector is now the leading example of what green market transformation is all about.  Ervin’s fast-paced profile of the market reveals trends, drivers, exemplary projects and what lies beyond green.

Ervin explores the compelling case for transforming the largest infrastructure built by man— our energy system.  She also focuses on the “soft” side of technology that can make all the difference between a laboratory curiosity and something that sweeps the market. 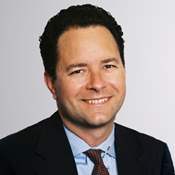